The Downbeat #1450: The Utah is Swell Edition

Share All sharing options for: The Downbeat #1450: The Utah is Swell Edition

NBA.com is looking at assist leaders for Throwback Thursday. Here is what they had to say about the all-time leading assist man, John Stockton 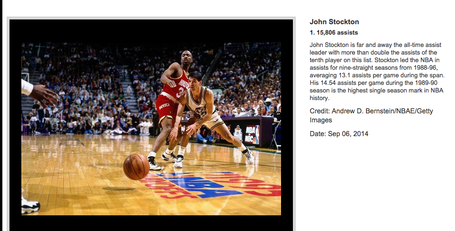 Last week they did a Throwback Thursday looking at steal leaders: 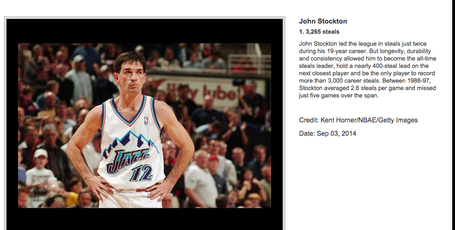 We were lucky to have John for 19 seasons! 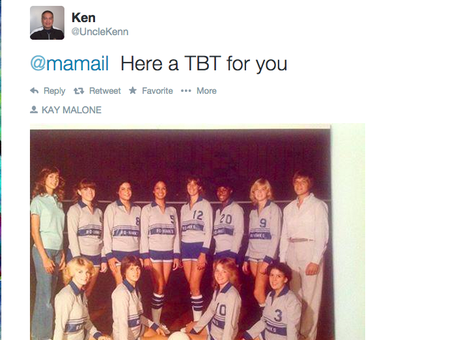 Can you spot Kay?

Another Throwback. Chris Douglas-Roberts plans on wearing John Stockton shorts for the Clippers this year.

From Lang Whitacker on nba.com 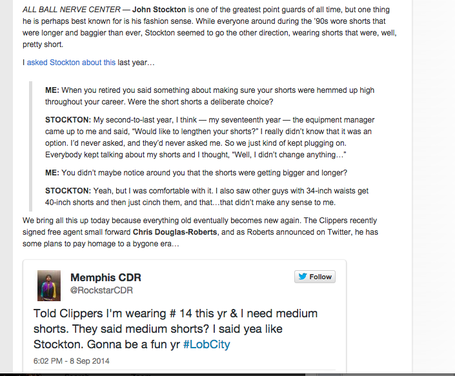 If you could pick one CURRENT Jazz player to wear short shorts, who would it be? If Raul Neto was playing for this year. I would DEFINITELY choose him. Since Neto is not playing for the Jazz this year I will go with either Enes Kanter or Rudy Gobert.

A lot has been said about Deron Williams missing Utah. The chatter has come from this article from resident.com The transcription from Moni:

Now I have seen many tweets and conversations about how this means Deron misses the Utah Jazz. I don't see it that way. I see that he loves living in Utah. I loved living in Utah, I get what it is like to miss living in a state like Utah. I miss Utah nearly everyday. I can't even imagine having the money Deron has and how that made it even better. I though don't see anywhere in that article where he says he misses playing for the Jazz.

Randy Rigby talked about it in his weekly interview with the Zone.  Moni has this transcription for us again:

We developed a very good friendship. Deron has, to me, a lot of very strong and very good qualities, that I think he has, Deron was young and immature on some things. I know, he hasn’t, he didn’t say it directly to me, but I know from very reliable sources that, his comment was, he says, if he could do it all over again, he would not have pushed and, as, the way that he did. And that he made some mistakes.* …

And I think he went, as he then went to Brooklyn and realized, "Okay, let’s play for the–one of these big markets." There’s some attractive things to it. But there’s also some real challenging things if you’re trying to be a father, and a husband, and it, just logistics of even getting around to get to practices, and then get to arenas. It’s, there’s some challenges that go with it, and they realize how great it is, it, particularly in this community to play.

And that’s, tha–it’s been really gratifying for me, to now hear those comments. And I gotta respect Deron for having the courage to stand up and actually defend this community and make people aware of it.** A lot of people [are] coming now, and more and more. This, people’s ability to travel around is so much easier now.

So Randy Rigby has heard that Deron admits to making mistakes. That is good to hear. Its good to learn from your past. Again I don't see anywhere where he says he wants to play for the Jazz again *shrug*

Okay so say Deron did want to come back to the Jazz. If when he reaches free agency again, would you do it. There is no way I'd do it for his current contract, I don't think any of us would but in the future?

I don't know. I just don't know. Randy also talked about how Jerry was tired (Moni didn't transcribe this part for her website) It was the old excuses again about how Deron had nothing to do with Jerry leaving. Jerry had nothing left in the tank. Again we all now know the whole true story so why Randy continues to use the tired excuse .... Okay maybe Jerry was tired, Tired of the DIVA DurON. But he wouldn't have interviewed for other head coaching positons, Karl wouldn't have fiercely defended Jerry if he was "just tired". Anyways no reason to rehash all of that. I only bring it up because I might have a hard time bringing Deron back knowing all the angst he caused the organization and Jerry. Then again who am I to judge another and not forgive someone when they have grown and changed. (assuming Deron has changed if he wanted to come back)

So would you take Deron back?

I posed this unfair unrealistic question on Twitter awhile back.

Speaking of former Jazz players who love Utah. Poor Andrei Kirilenko had his home broken into over the weekend. The Deseret News wrote about it here:

Kirilenko, who played for the Jazz for 10 years and lived in Salt Lake City with his wife, Masha Lopatova, now plays for the Brooklyn Nets. They both now spend the majority of their time in New York, though they still frequently return to Utah to visit and maintain a home here. They want to return to Salt Lake City full time when Kirilenko retires....

Lopatova noted that the burglary is a bit ironic because "Utah has a reputation of being the safest place on Earth, and you never think something like this can happen in Utah. We never locked the doors in 10 years (when we lived there) and nothing ever has been stolen. The time we locked the doors and we weren't home, someone breaks in."

Lopatova's message to others is even in Utah, people need to lock their doors and take precautions to avoid being robbed.

Best of luck to AK and Masha and I hope everything works out okay after the burglary.

Would you want AK back. Say you can sign AK to a vet minimum? I would love to see AK retire with the Jazz. As you know it was AK and Memo who rekindled my love for the Jazz.

Greg Miller has been busy traveling the world. Brandon Judd of the Deseret News wrote about Miller's expedition.

Miller on his adventure:

"I embarked on Expeditions 7 with the goal of driving the same Land Cruiser on every continent and a mission to inspire others to travel and open their eyes to the world, even if it’s in their own backyard," Miller said in a news release that detailed the expedition. "Three years later, I’ve gained a wealth of knowledge, life lessons and learned that the journey is more fun when you are able to share it with others."

Read the whole article, its interesting.

If you could travel to any continent which would it be? I would have to choose Europe. I have traveled all over the United States,I have been to different parts of Mexico several times. I have traveled to Singapore. I have not been to Europe though, so that is my dream.