Many of you know that I like to estimate PER on a game by game basis as a way to see how efficient a player is from game to game. However, I have never explained how I arrive at estimated PER and why I even use it. So I'm going to take a moment and give you some background.

In my quest to calculate in-game efficiency, I looked at various different formulas. I soon realized there were several in-game efficiency measures that had been created, including John Hollinger's own "Game Score" calculation and Larry H Miller's Average. While I could use these formulas, there was nothing out there that was as recognizable as PER.

The problem with PER is that it's creator, John Hollinger, never meant for it to be calculated on a one game basis. Rather, PER measures a player's efficiency over the course of a season. In fact to calculate PER you are required to include such things as league totals for points, field goals, free throws, tree throw attempts, offensive rebounds, rebounds, turnovers, and assists (see calculation).

Knowing the foregoing, I set out on a quest to find a way to estimate PER, and, after much internet research, I found a couple of formulas that purported to estimate Hollinger's PER. The estimate I found to be most reliable was created by Wayne Winston from The Wages of Wins Journal, and it is Wayne's formula that I utilize to estimate PER.

The formula is fairly straight forward and is calculated as follows:

It would seem, based on the table above, that ePER still approximate actual PER fairly close, though, for whatever reason, the newest Jazz members have large differences, while all other Jazz players are within +/- 10% of Hollinger's laborious computation.

How about some charts? 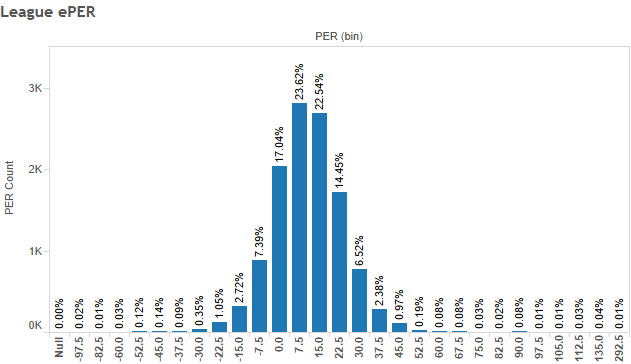 Note how most ePERs fall into the 7.5 and 15 PER bins (approximately 46.16%). This is what you would expect since actual PER is set so that the average PER is 15.

Next I want to show you league ePER by player position (note that I've utilized ESPN's player assigned positions): 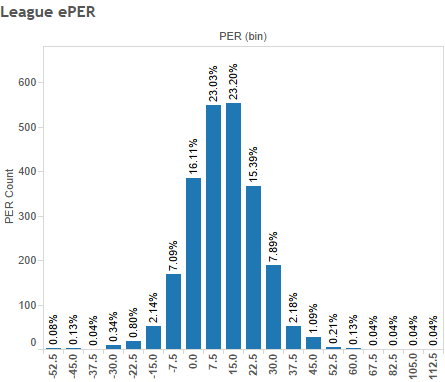 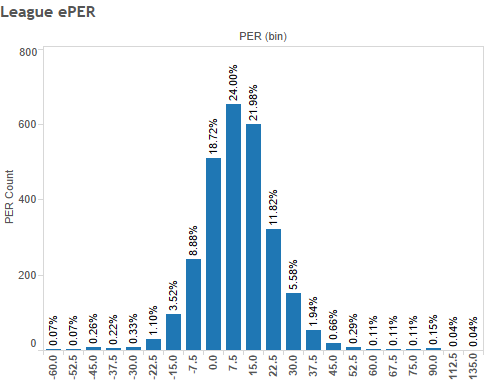 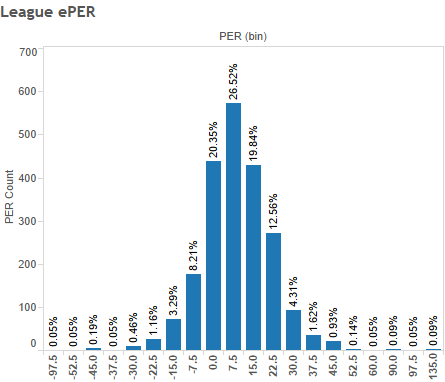 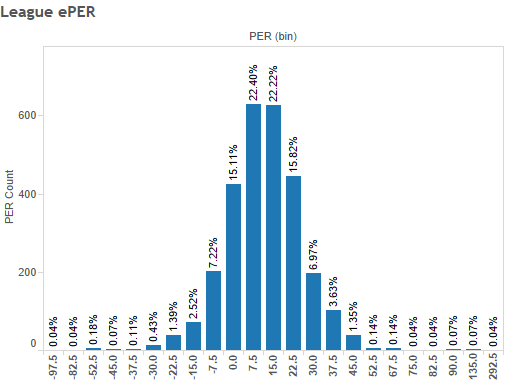 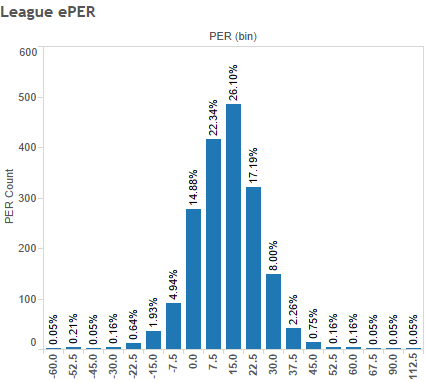 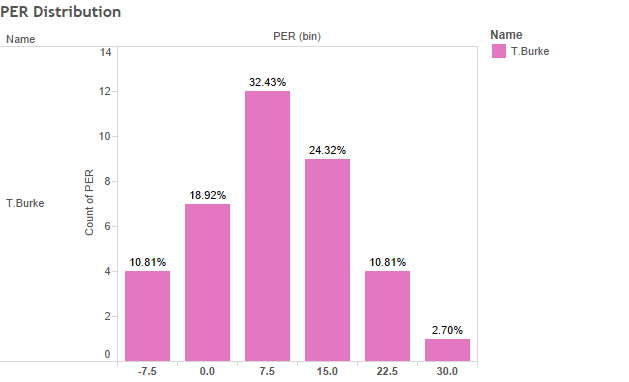 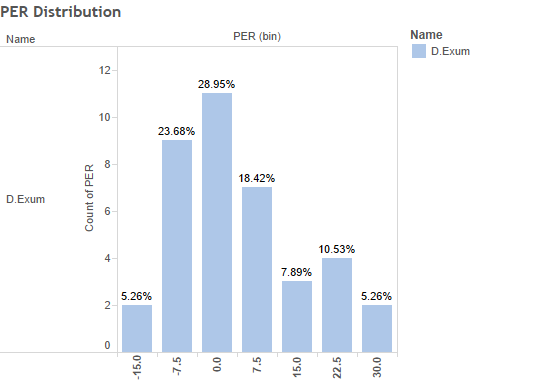 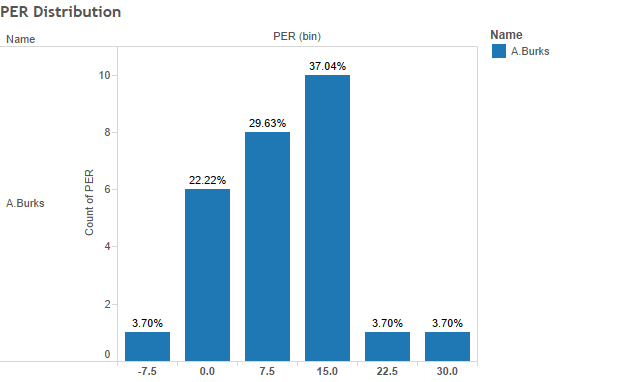 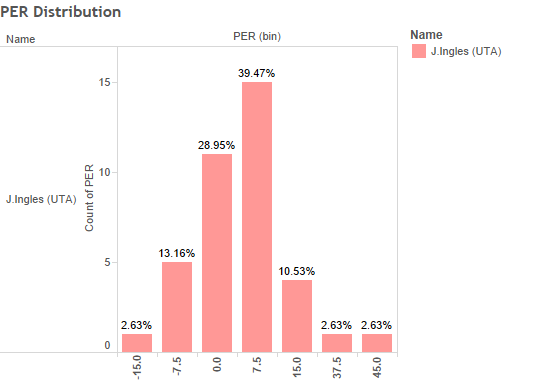 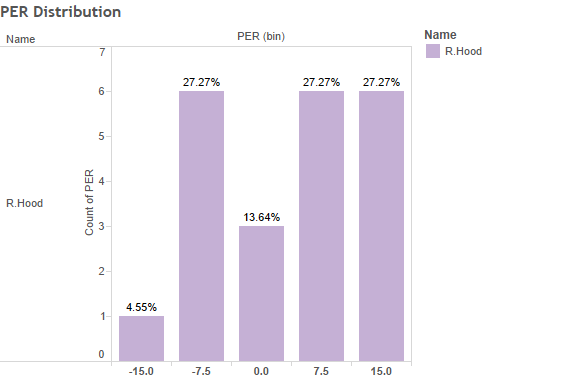 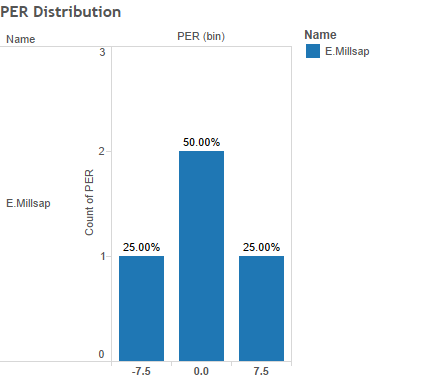 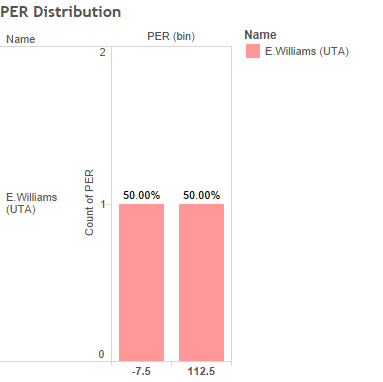 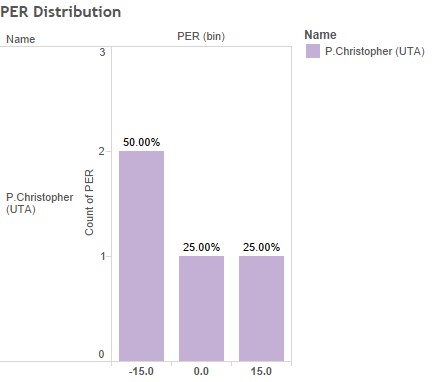 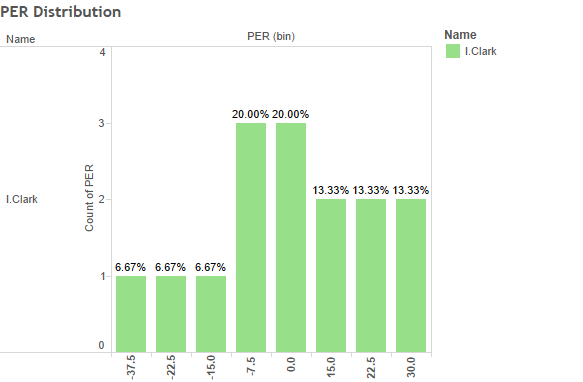 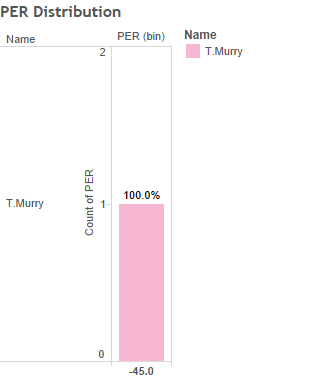 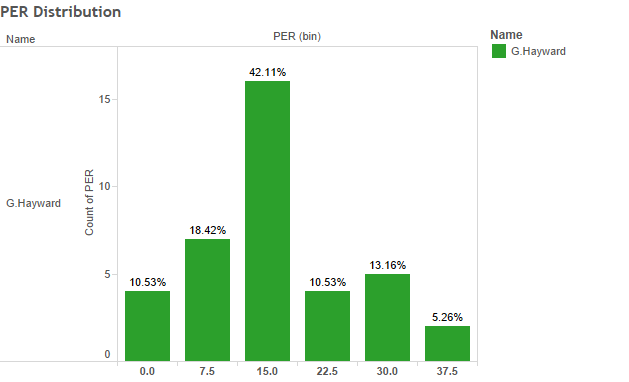 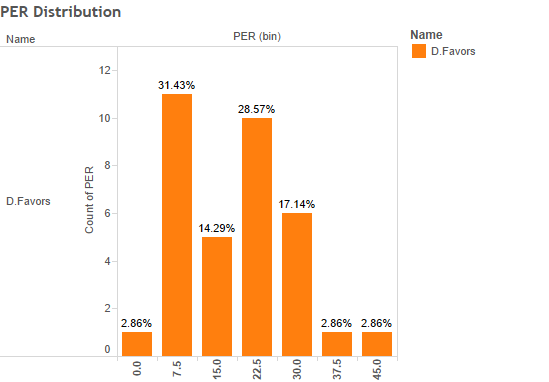 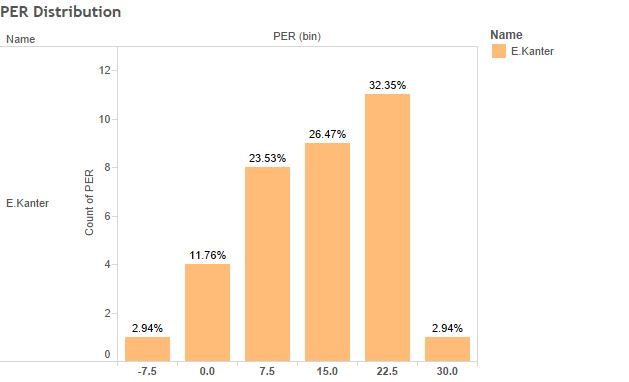 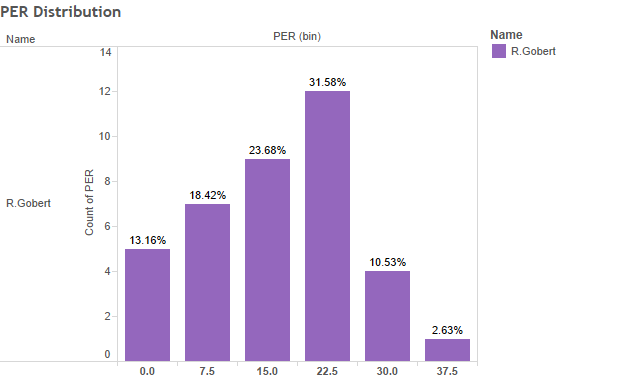 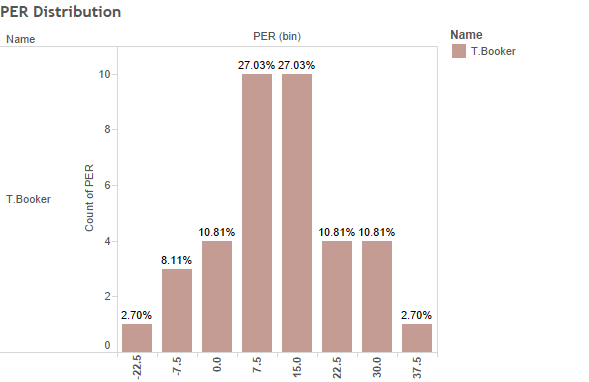 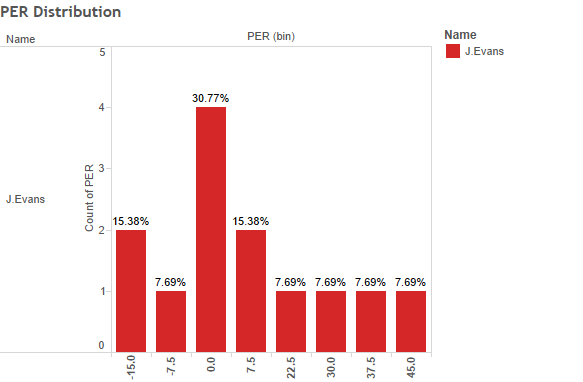 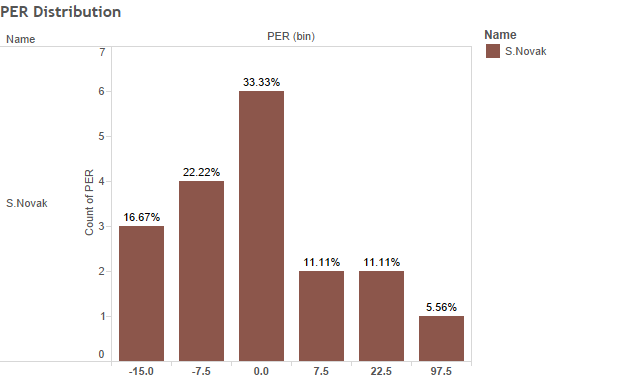 These charts were provided from statcondor.com's tools section.