Yes, this is the facial expression of a toddler who doesn't get a cookie right now.

I'm not sure what there is to like about the Clippers.

Whether it's Barnes acting like a 13-year-old punk, or Blake throwing the ball out of bounds and whining because a foul wasn't called, or ... most annoying to me ... Chris Paul walking up the court as slowly as possible and then dribbling in and out everywhere for 15 seconds, I don't really enjoy the Clippers.

It's not as awful as watching a Rockets game, but still not exactly '14 Spurs or this year's Warriors/Hawks ... you know where you're just giggling like a drunk Diana Barry over some beautiful basketball. 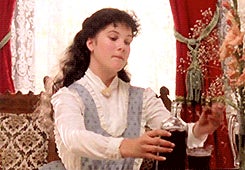 But they're good. And they beat us tonight.

And I think that the Jazz performance tonight can show everyone very clearly where the Jazz are. Trey and Gordon couldn't hit their shots. Game over.

Once upon a time, if the main guys had an off night, there were people who could cover for them. Deron and Boozer struggled? Whatever. There's still AK and Memo and Millsap and Wesley and KK who can kill a team. As an aside, how deep was that team? Five guys who have been All-Stars. Plus the best 3 & D guy we've ever had. And the guy who set the NBA record for 3P%. Geez.

But this team's not at that point. If a guy or two has an off night, there's only Jingles and Baby Sap filling in ... two guys who would rather shoot twice a game, and only that much if they have to.

On the Jazz side Kanter and Favors had nice games. And Favors' bully inside layup in the 4th quarter made me pumped ... almost as excited as Anne was for her puffed sleeves. Rudy Gobert was, tragically, mortal tonight—though not bad at all. How about that 10-foot lefty sky hook? I watched that just laughed with sinister joy over what will be in the future ... much like Gilbert Blythe's little smirk when he rows his boat toward a soaking wet Ann clinging to the bridge post. 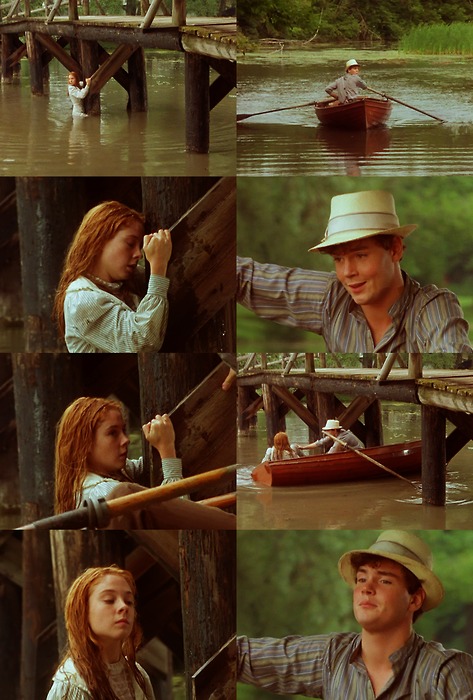 Ah well. The Clippers came through when the game was on the line. The Jazz didn't.

It was still a fun game. And I'm enjoying where the Jazz are heading. They don't have all the pieces yet. And the guys who will lead the team to glory aren't good enough to do so yet. But it's coming. Bit by bit, it's coming.

Just like Anne's disaster with the Lady of Shallot foretold great things reciting the Highwayman.