Welcome to a new week, hope these preseason games have been helping to feed your addictions of Jazz basketball before the regular seasons starts.

But let's be honest for a second, preseason basketball is like reliving Christmas morning as a kid all over again as you open up your gifts and you find that you only have gotten socks and mega bloks so far. You do your best attempt at smiling to express your gratitude but on the inside you're like "C'mon now, mega bloks are okay, but you know what I really want. I want the real thing, some legos!"

As we continue to receive the basketball version of mega bloks, remember everything is okay.

For everybody with a healthy intact pair of hands, look down

There are more digits in your collective hands than there are days left before the Jazz's 1st real game!

We are guaranteed in just 9 short days to begin to receive the real thing (not mega bloks) in steady doses through April at the very least.

So....there was a double-header played yesterday.

Okay, I'll give you the lowdown.

A shell of the team known as the Utah Jazz played at the Trailblazers yesterday. Yeah, a couple of the starters played, but our top-notch frontcourt all sat out.

High fives all around chaps!

Then the second game of the double header was played in a bizarre 17 minute format.

The Trailblazers continued to overly rely on their tight-for-preseason 8-man-rotation with heavy minutes given to their actual best players in Lillard, McCollum (aka the Hayward-injurer), and whoever else the Blazers PR team is trying to market as good players for their dumpster fire of a team this year.

Meanwhile, for the second game the Jazz suited a shell of the shell of the team known as the Utah Jazz and only played Pleiß, Lyles, Johnson, Cotton, Withey, Booker, Graham, and Millsap. So, in other words, the backups and the players who won't even make the team.

Predictably, the Blazers won this short bout 50-27 in a game where the Blazers looked desperate for a win in a season where those are looking overly likely to be extremely rare for them, so uh... kudos for getting that one, Blazers...

For some reason, major media outlets such as ESPN were not properly notified that this was a double-header and as result, they incorrectly combined both games of the double-header into one box score, but here's the link to the box score to anyone who is interested:

Fan-favorite Jazz beat writer Jody Genessy was at the Jazz open practice last Friday and graced the overwhelming majority of Jazz fans who couldn't make it with some solid footage. Feel free to watch it all, my favorite portion comes in at the 4:07 mark where he shows one of the sets the Jazz run: "Olympiakos"  (that's right, named after one of top European basketball teams).

This goes to show that we have a highly experienced coach for a 2nd year NBA coach who's putting his time that he was an assistant in Europe to good use.

Kevin Pelton and Amin Elhassan of ESPN are running through their NBA previews and they recently covered their 9th best listed team in the West, your very own Utah Jazz. Not sure why'd they rank Dallas over the Jazz but whatevs. #TakeNote ESPN, the Jazz will turn heads this year (especially Neto).

The analysis is okay and echoes some elements of what we've discussed and rehashed regarding last season ad nauseum, but I did enjoy this table regarding the vast defensive improvement the Jazz experienced after the All Star Break.

In Gobert we trust.

The Cavs played Jack Cooley last night, who was recently waived by the Jazz and predictably snatched up almost immediately.

He played 6 minutes and made his only field goal while snagging a rebound and a steal. ESPN also lists him as a small forward, so there's that.

To anyone who was craving to know what Cooley looked like in the grotesque Cavs yellow from behind, I bid you all a good day with this gem: 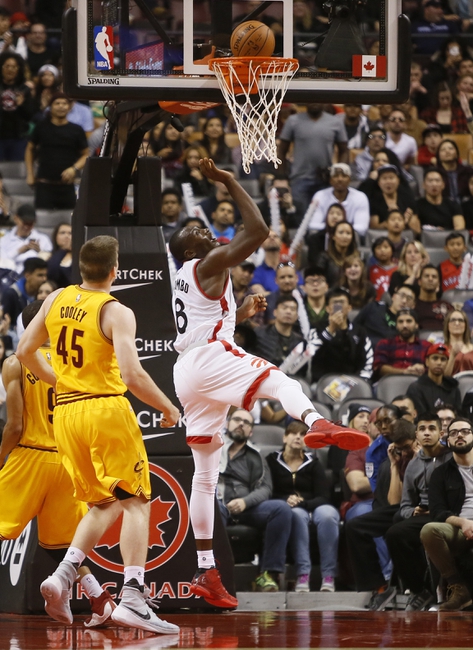 Also, here's a bonus video of some Exum if you're missing his beautiful Aussie voice: