i collected some data together about the game threads from last year. i meant to post this over the summer but got laaaazzzy.

maybe you noticed the same thing i did.. that when the Jazz are getting blown out, everyone does the equivalent of leaving the game thread at half time.

i computed some correlation coefficients to see what stood out. just as you guessed, the most closely correlated stat (that i could find, at least) to the number of comments is the margin of victory. for your convenience, here is the graph of margin of victory for each game.

besides the beginning of the season, where excitement probably drives more comments than game play warrants, the overall trends of the two graphs are pretty similar: we tend to comment more in games the Jazz are winning. i also suspect that both wins and close games fuel extra post-game comments on the game thread.

here are a few more statistics.

to finish, here are some bar graphs of comments by day of the week, start time, and home/away. 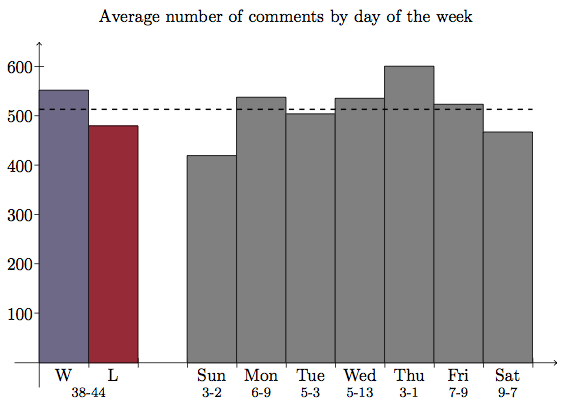 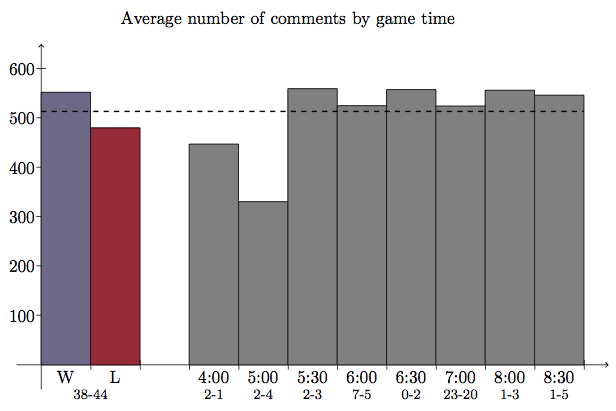 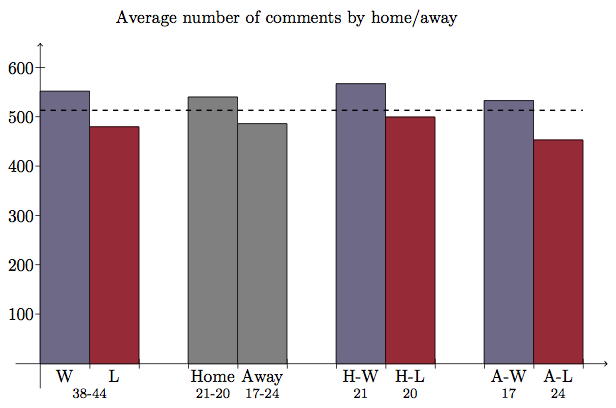 i personally don't comment when the jazz are losing because