The Downbeat #1686: The Yellowstone Edition

So I've been in Yellowstone since Sunday. I was supposed to be back yesterday (with plenty of time for this DB to be done on time), but Bison/Bear traffic jams meant I didn't get back till now. So it's late, and it's kinda Yellowstone themed.

Share All sharing options for: The Downbeat #1686: The Yellowstone Edition

Brad Doolittle at ESPN decided to rank the young, up-and-coming teams in the NBA. He was high on the Jazz and fully concedes they may outperform his #3 ranking. This led me to look at a few of our young players and see where they fit in the scheme of the universe.

And yes, I am doing this via Yellowstone analogies:

Old Faithful Geyser is kinda funny. People talk about it like it's nothing. "Oh yeah, we saw Old Faithful ... whatever." And then you think about it: it's a very predictable and very regular geyser that also happens to spray 150 feet in the air just about every time. And yet it's totally taken for granted because it's where everyone goes and everyone's seen it. 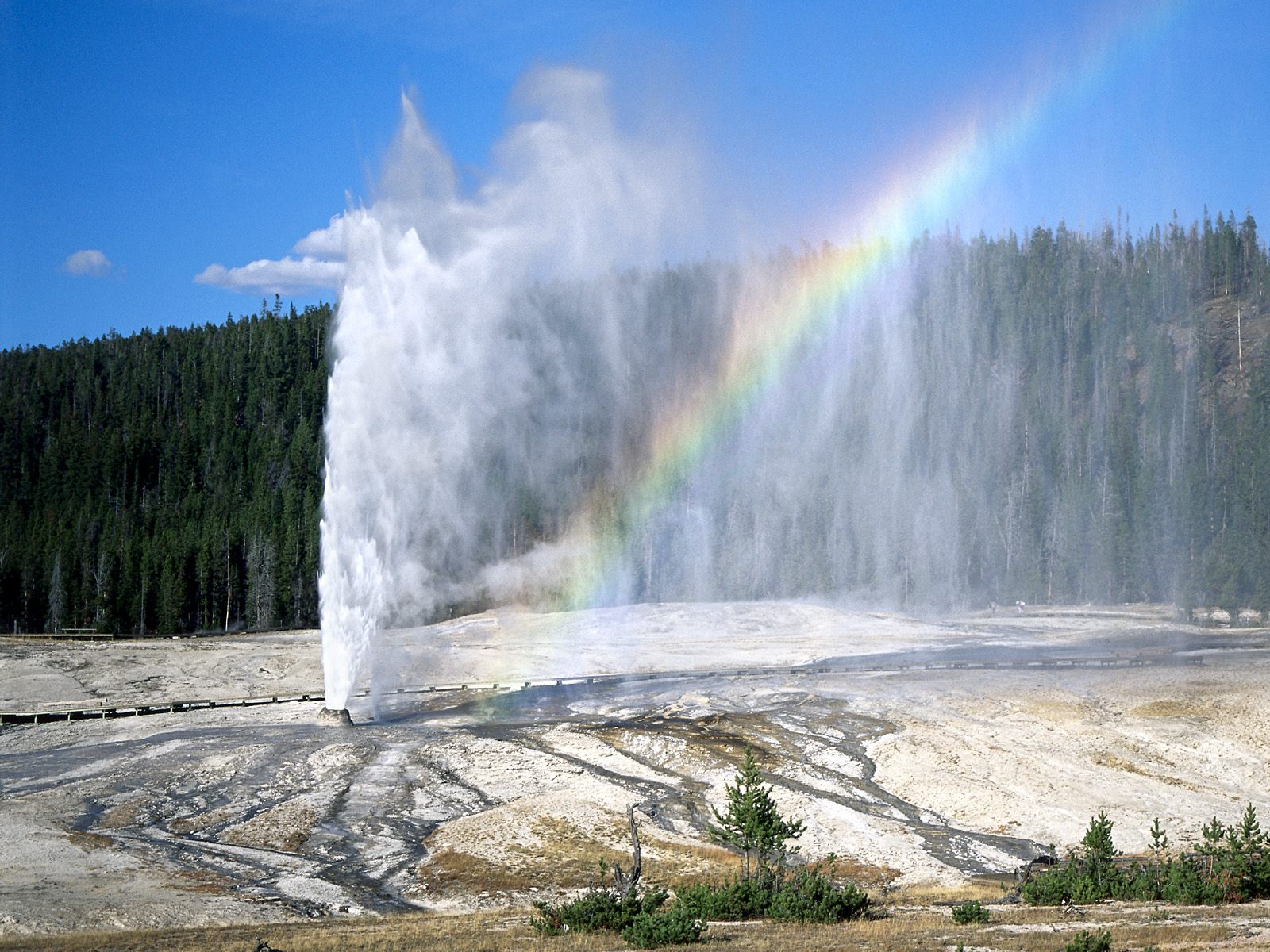 Derrick Favors is like this. A 23-year-old big man who put up 16-8, while also adding nearly 2 blocks a steal and an assist and a half per game. In less than 31 minutes per game.

And yet he's sometimes considered a bit ho-hum next to Rudy Gobert. Predictable, Reliable, Happy in Utah, Doesn't care that he's not making as much as he could, and yet rather spectacular when you step back and think about it. That's Derrick Favors.

I couldn't decide, so I went with both. Grand Prismatic, when you stand next to it it's so huge it's almost stupid. But even though it's freaking HUGE, that's not even what stands out when you see it. It's the colors in the steam, the crazy sunburst design, it's the color scheme going from deep blue to the bright orange. Everything about it is incredible, and even then you can't really appreciate it when you're standing next to it. You really need to climb to the top of the hills just to the south to really appreciate it. 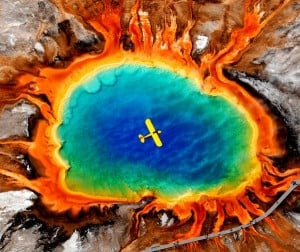 And standing at the bottom of lower falls ... high-altitude rivers and waterfalls aren't supposed to be that powerful. I love the quote from the 1870 Washburn expedition: "A grander scene than the lower cataract of the Yellowstone was never witnessed by mortal eyes."

So yeah ... Rudy Gobert. Huge, but that's not really the magic. It's his attitude, his competitiveness, his sense of humor, his leadership, the way he wants to rip opponents apart limb-by-limb, his power. I don't know what his ceiling is, but we're all kind of having spasms of ecstasy just imagining it.

There are over 10,000 hot springs at Yellowstone, and none of them are like what you see at Mammoth. The terraces are both beautiful and unique. And yet, even seeing the best of the best sections, you can't help but look at all the grey sinter and wonder: "Man, what would this place be like if all the terraces were ever running with water at the same time."

Cue in Dante: there are tons of PG's in the world, but I can't think of many that are 6'6", possibly still grown, yet still faster than anyone else, and with the kind of vision we saw here and there last year and in his one summer league game. And we're still thinking: "Man, if he ever really puts together all his tools and finds his aggressive gene, what will THAT look like?"

Once upon a time, I never saw bears in Yellowstone. I do now every time I go ... and it's in part because of the wolf (grizzlies like to hang around wolves and then take over the eating once the wolves make a kill). Once upon a time I saw moose. Now there's fewer than 100 in the park ... because of the wolf. It's affected elk populations, which affects the plant populations and the beaver populations. I just watched a wild bison stamped and wild run to the Yellowstone river as they fled a grizzly but panicked because there were also wolves in the area. Really wild stuff, and without the wolves it didn't happen. 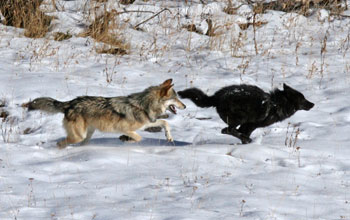 This is clearly like Gordon Hayward. He affects everything about the Jazz. He's the offensive focal point that makes everything easier for everybody else. He's the guy with the range, with the slashing, with the one-on-one skills, the passing. Everything revolves around Gordo offensively, and if you take him away it becomes stagnant and kind of unhealthy.

Until 1985, Porkchop was just a small odd-shaped geyser that erupted once in a blue moon. Nobody would even talk about it. It was lucky to have its own sign. And then, for no apparent reason, it went off. And it kept going off, continuously, for more than four years. Spouting 30 feet in the air non-stop, and filling the entire Norris basin with this never-ceasing buzzing noise. And suddenly, everyone would talk about it. Not because it was the biggest or most spectacular, but just because it was awesome to have this stupid little geyser named Porkchop going nonstop with that awful noise. And then in 1989 the damn thing blew up from all the pressure, throwing enormous rocks 200 feet away. It was a short career, but Porkchop made the most of it.

This is clearly, Joe Ingles and I don't even see the need to explain why.