Happy Left-Handers Day! Lefty Power Rankings! Who are the best left-handers in the NBA? View the complete ranking of all 42 lefties in the NBA last season here!

Of these 42 players, 4 of them currently play on the Jazz! So kudos to representing the league well Rodney Hood, Trevor Booker, Joe Ingles, and Chris Johnson!

Now these Power Rankings are based off these players' performance when they played last season, so without further ado!

Group 1- Congrats on making it to the NBA!: Group 2- Oh? Yeah, you're right, they did play in the NBA this season: 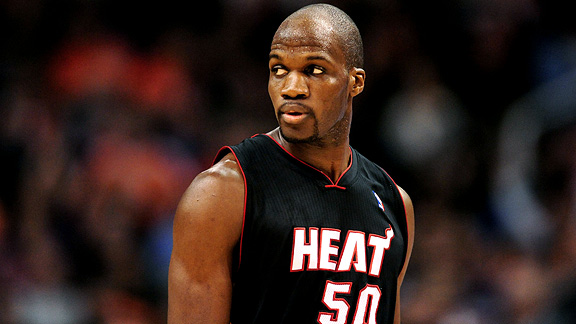 36. Bernard James (2.8 PPG, 2.4 RPG, 0.9 BPG, 9.9 MPG) - I enjoy this man's name. You put the word "Saint" before either his first or last name and you get interesting yet differing results; before his first name you get a breed of dog, before his last name you get the name of one of the monopoly properties.

34. Julius Randle (2.0 PPG, 0 of any other positive stat, 14.0 MPG) - Hate to see a lottery pick go down in his first game, hoping he makes a good recovery this season to help the Lakers get consecutive 9th seeds in the west for the duration of his career.

32. Mitch McGary (6.3 PPG, 5.2 RPG, 15.2 MPG) - I liked him as being the Thunder's backup big, but with Ibaka, Kanter their starting center, and Adams ahead of him in the pecking order, I wonder if he'll get the minutes this year. 26. David Lee (7.9 PPG, 5.2 RPG, 1.7 APG, 18.4 MPG) - At one point, he played at a level worthy of him being the highest paid player on his team; last season, Kerr had trouble finding a proper place to fit him into his championship-winning rotation.

(Source: Multiple pictures joined together with my frankenstein paint skills)

21. Trevor Booker (7.2 PPG, 5.0 RPG, 19.8 MPG) - Fun passionate player who has his fair share of awesome plays and the occasional bout of tunnel vision of where everyone knows he's taking the next shot.

20. Rodney Hood (8.7 PPG, 2.3 RPG, 1.7 APG, 21.3 MPG) - One of the more intriguing storylines this season for me is whether Coach Q will opt with Hood starting with Burks off the bench or vice versa. Both are versatile multi-faceted guards. 16. Shabazz Muhammad (13.5 PPG, 4.1 RPG, 22.8 MPG) - Had an excellent bounceback sophomore season after a lackluster rookie campaign. Minnesota says no take-backs with the Shabazz+Dieng for Burke trade. 9. Donatas Motiejunas (12.0 PPG, 5.9 RPG, 28.7 MPG) - Lithuanian big man who was once in the discussion of young Euro-player rivalries with Jonas Valanciunas and some other Turkish former overall 3rd pick whose name escapes me.

Group 9- Good enough to be a Contender's 3rd best player: Group 10- The Top 5 Lefties in the NBA Last Season:

It started getting really tough for me to decide on the rankings of these top guys, especially the top 3, I see them as the top tier of left-handers in the NBA, you could convince me of several different orderings of these top 5, but here is what I went with:

5. Zach Randolph (16.1 PPG, 10.5 RPG, 32.5 MPG) - This double-double machine of a player is no longer in his prime, but even this shell of his old self is enough to crack the top 5 of lefties in the NBA last season. Really glad he got his career on track after his shaky beginnings.

Mike Conley has been the most underrated player in the league for much of his career, his defensive prowess and playmaking abilities put him in the top 10 PG in the league conversation, if not top 5. Keep representing us lefties well Mike!

3. DeAndre Jordan (11.5 PPG, 15.0 RPG, 2.2 BPG, 35.4 MPG) - Who do you take for the NBA rebounding leader next season: Jordan or the field? His basic stats look great, but he is definitely overrated on the defensive end although he is still excellent on D.

2. Chris Bosh (21.1 PPG, 7.0 RPG, 2.2 APG, 0.9 SPG, 35.4 MPG) - I was considering ranking Bosh lower due to the season-ending condition he went through about halfway through last season, but the level of play I was seeing from Bosh was the closest thing we've seen of the entertaining Toronto Raptors version of Bosh since he's joined the HEAT. The HEAT would have been a lock for the playoffs had he been able to stay on the court all season. Not many players on this list singlehandedly make or break their team's playoff chances on the same level that Chris Bosh does. Also, Bosh and #1 on this list are the only two to crack 20 PPG last season.

1. James Harden (27.4 PPG, 5.7 RPG, 7.0 APG, 1.9 BPG, 36.8 MPG) - Regardless of how much you enjoy or despise watching his style of play, there's no denying that he was the best lefty in the league last season. He was 2nd only to Stephen Curry in MVP votes this season! That's right, people saw this lefty as a more valuable player than LeBron, Anthony Davis, Chris Paul or any of the other 490ish players who played in the NBA last season.

Keep on cooking highlights for us lefties James, you are the current face/beard of left-handers in the NBA!

Thank you for reading and feel free to put your top 5 or 10 lefties in the comments! And remember to give all the lefties in your life today some love!