Welcome one, welcome all to JuMu's 2nd Annual Jazzmen Previews!

As we rapidly approach the actual NBA action, I take my best guesses to project and predict who the Jazz's top 10 players will be this season. Prepare to feast your eyes on the rankings over the next couple weeks and be a part of the action and let me know in the polls whether you think my rankings for a player are out of whack or not!

First, for anyone who is interested, here is a link to last year's rankings: JuMu's Jazzmen Previews

I would say my biggest miss last year was predicting Rudy Gobert to be only the 7th best player on the Jazz last season, he ended up being clearly no lower than 3rd, and arguably 1st. But hey, I only had a sub-500 minute rookie season to base my prediction of Rudy on. For comparison, Spencer Dinwiddie (a rookie for the Detroit Pistons) played more minutes this season than Rudy did his rookie year.

I will try not to be an utter embarrassment this time around.

Before cracking into the top 10 next time, here are those who missed the cut for my projected top 10 players for the Jazz this upcoming season (with last season's key stats posted below them):

Hands down the worst part of the offseason was seeing our young top 5 pick go down in pain playing for Australia this summer. Get well soon, Dante. I'll still rep your jersey at the Jazz @ Lakers games I go to while clueless Laker fans ask me "Who's that?" Had Dante not experienced his unfortunate injury, I would have slotted him as around the 5th/6th best Jazz player next season.

Played for San Antonio's summer league squad in the summer. I would be very surprised if he plays any more of a role than D-League stash this season.

I was surprised when I saw that the Jazz gave him a contract, but I guess the Jazz valued what they saw in his defensive hustle. (Random bonus "Cool Story Bro" moment: I was at the same prom as him back in the day, he didn't have that sweet fade top back then) 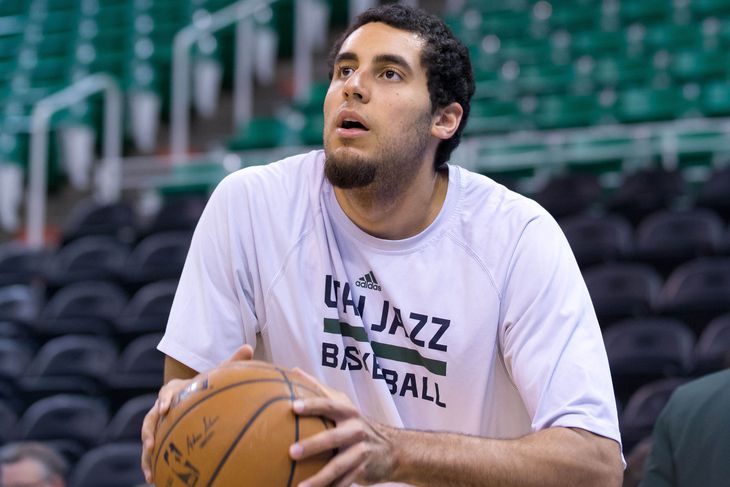 Grant Jerrett has had very limited, disappointing moments in the NBA thus far. He was drafted in the mid 2nd round by OKC not too long ago based on his potential of being a 3 point shooting big, he's still at the potential stage, if that. (Bonus "Cool Story Bro" moment #2, this guy played Division 5 basketball (as in, there are 4 divisions higher) in high school in Southern California for a division 5 school that actually recruited players! Still bitter, because their school would regularly crush my high school team. Neither of our schools probably ever had a graduating class of even a hundred students....moving on) 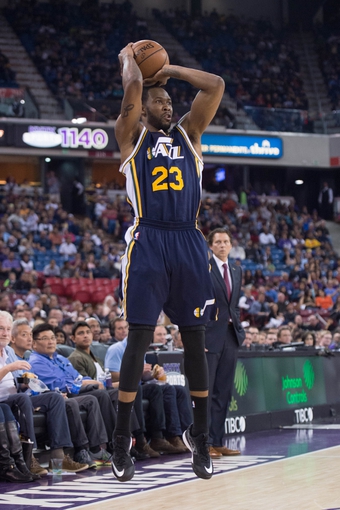 I like Chris Johnson, he's right on the cusp of breaking into an NBA rotation. He consistently dominates in his D-League stints for the Rio Grande Valley Vipers, but he just can't seem to find an NBA team to stick with. Will the Jazz-Johnson pairing be where gold is struck?

If I'm being honest, at times last season, I saw Jack Cooley as being no better than another Erik Murphy. He might have had a nice moment here and there, but it's hard to stand out when you play less than 100 minutes all season. Then summer league happened, Cooley got a few bottles of the secret formula that the Looney Toons got a hold of in Space Jam and did quite the job carrying the Summer league team on his back at times. Will he make the final cuts of this team this season? I don't know, he's right on the bubble. I would cut Jerrett for him, but who knows what the tight-lipped Jazz will do though. 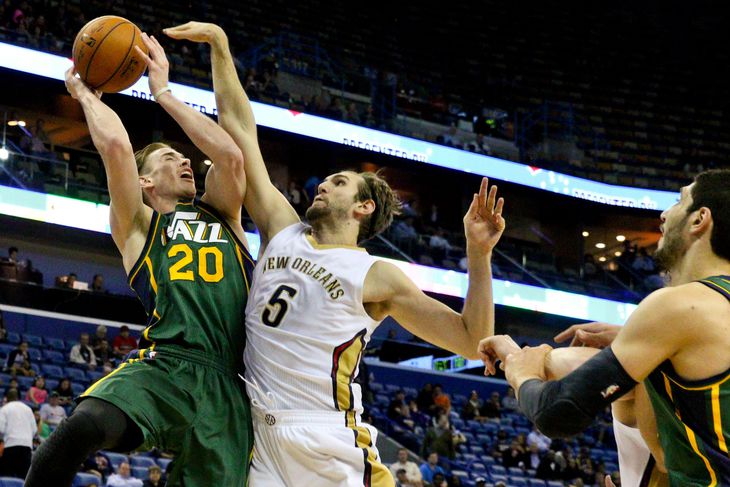 He's already in the Utah Jazz WAG hall of fame, but we'll see how his on-court play turns out this year. He may end up being the main center backing up Gobert this season, but if I had to put money on it, I'd say he probably still hovers in the 10 minute per game range as a 3rd stringer who gets played sparingly. It's a breath of fresh air to have backup big insurance though.

He's become a bit of a fan-favorite as of the summer league. You might even hear the occasional Super-Cotton fan clamoring that he should start for the Jazz this season. He, like Cooley, did a great job this summer league in carrying the team to wins. Cotton has that aggressiveness that many of us would love to see out of Exum. Cotton reminds me in more ways than one of former Jazzman Ronnie Price. I would also expect Cotton, like Ronnie to end up being our 3rd string (maybe 2nd string) if all things go right for him.

He's dreamy, but will he be our saving grace at backup point guard this year. He, like Cotton, has his supporters who say that he has a legitimate chance at starting point guard. His stats last year concern me a bit, notably his torrid 3 point shooting, and unimpressive assist to turnover ratio. One of these days our point guard position won't be our problem area, but there's a decent chance that day doesn't happen this season. Here's to hoping though!

We may have never gotten the perpetual carrot held in front of the fanbase in Ante Tomic, but we got his backup in Tibor Pleiß! I predict he'll be assuming the role of backup center this season. I believe that Tibor, not Neto, will be the diamond-in-the-rough player that will surprise many casual Jazz fans who don't know about him yet. We've got height this season folks, I'm ready to see the havoc it wreaks!

What to expect this season:

Can't wait to see how silly these predictions look at season end, it's always a crap-shoot projecting the fringe roster players.

Stay tuned over the next couple weeks as we go through the top 10.

Let me know how on-point or ridiculous these rankings/projections are so far. Also, leave your guesses for who will come in at #10 next time!

Let's Go Jazz, it's about time for playoffs!

-JuMu, over and out