Joe Ingles history and experience with the game of basketball is unique. Ingles was considered a great player coming out of secondary school in Australia. He had an opportunity to play NCAA basketball in the United States. Joe Ingles opted out of college ball and began playing professionally in Australia right away. This lead to Joe Ingles ballin' out in the Australian NBL before stepped up and took his talents to Spain, where he stayed and played for a few years.

During Ingles time in Spain he participated in the Golden State Warriors summer league in 2009 and 2010, but never was able to stick with the team. Ingles then took another step up to play for Maccabi Tel Aviv where he won the Euroleague championship in 2013-2014. At this moment, the pinnacle of his career, Joe Ingles took a third shot at the NBA. Ingles signed a deal with the L.A. Clipper and played in preseason before getting cut by the team. Again, it looked like Ingles NBA aspirations had stalled out, but just two days after being cut Dennis Lindsey and the Jazz picked Ingles up off waivers. 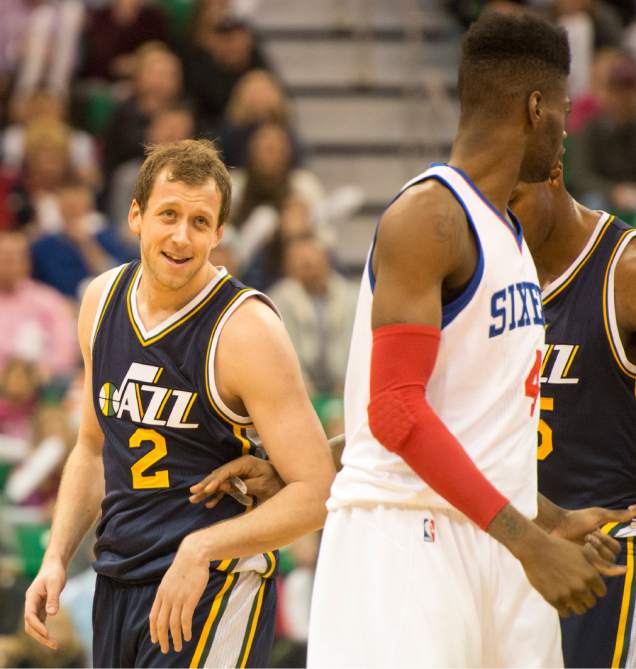 During Joe Ingles time with the Utah Jazz he has been steady and has consistently played within his role. Ingles, in his time here, has never sacrificed team chemistry for his own personal benefit. Yep you heard that right Joe Ingles is a team player, and he just deserves it.

What is it that he deserves?

Joe Ingles is a stabilizing force on this Utah Jazz team. In tonight’s game against the Golden State Warriors the Jazz were without 4 of 5 starters. Joe Ingles stepped into tonight’s game and balled out. Ingles shot 53% from the field, went 5-9 from the 3-point line, grabbed 5 rebounds, dished out 3 assists, and had 4 steals and one block. He took Gordon Haywards storing responsibilities on his shoulders and led the Utah Jazz to a hard fought second half against the Golden State Warriors. Wow does he ever deserve the minutes. 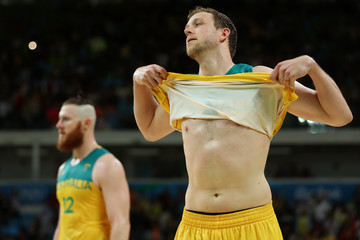 Wow. Give him the minutes. Lookin' good...

Although Ingles has only spent 3 years in the NBA, let's not forget he is a champion in the Euroleague. Joe Ingles has played for the Australia Olympic team in the Olympics 3 times as well. Joe Ingles has played in big games throughout his life, and his stabilizing effect on the team will be important in the playoffs when the Utah Jazz making a deep playoff run this season.

With this said: Let’s hope the Utah Jazz resign Joe Ingles in the offseason and let him continue to ball out for this team.

How many minutes should Joe Ingles get per game?