As I have been looking through some basketball rumors, I have found some interesting things, so let's jump right to them!

Adam Silver made a comment about the process of deciding whether or not the league should create rules to fix the "Hack-a-Person" problem in the league:

"Well, first of all, change will not be enacted this season, but it’s an issue that we’ve been studying for some time now. As I said, this past summer we had a Competition Committee that met at the end of the season to talk about the so-called Hack-a-Shaq issue, and consider whether we should change or propose changing any rules. At that time the determination was we should continue to monitor it, and the Competition Committee said to the league office, we’d like to see data from an additional season before we’re ready to make a recommendation."

So basically, they seem to really want to do something about it, but don't want to break the game by making hasty decisions on rules.

Here's the Spurs' attitude toward the strategy: 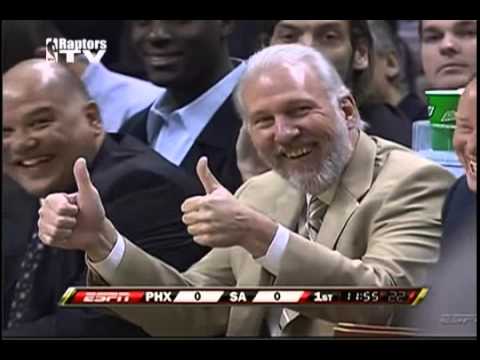 According to sources, trade talks between the Jazz and the Hawks are slowing down. The asking price for Teague may be too high for us:

"Atlanta reportedly has had trade discussions with Teague’s hometown Indiana Pacers. The Pacers would consider giving Atlanta point guard George Hill, according to reports. The Orlando Magic, for shooting guard Victor Oladipo, could be another destination for Teague, according to reports. A league source believes the Utah Jazz would be solid place for Teague. However, the source believes the Jazz would have to give up Rodney Hood to make the deal work. He doesn’t think Utah is prepared to part ways with the 6-foot-8 shooting guard."

4 days ago – via Philadelphia Inquirer

Would you trade Rodney Hood for Jeff Teague?

Pros: We get a legitimate NBA point guard who could regain allstar status in the right situation. We stop letting opposing point guards steamroll us over. We add a nice piece to a championship caliber team. Dante Exum is big enough to play SG and backup PG, so it wouldn't stunt him. In fact, he'd have a good point guard as a mentor.

Cons: We lose our probable #1 scoring option in future years. Teague may not be able to make up for the offensive punch that Hood brings to the court. Hood may be a star in the future, and has a higher ceiling.

-Jimmer won the DLeague Allstar Game MVP, but it should be noted that our DLeague call-up Erick Green did not participate in the game.

-Jeremy Evans won the Allstar Weekend "Talent Challenge", where a group of NBA players showed off their non-basketball talents. Norris Cole played a boogie song on the piano, Miles Plumley rode a unicycle while dribbling (and dunked while riding a unicycle), Mike Muscala got the short end of the stick and TNT badly edited his rap and changed the beat so it was a pretty big fail, Rondae Hollis-Jefferson showed me why I love playing music (he played the piano, to some it might have not been so impressive, but it was good to him), Harrison Barnes played the saxophone, Tarik Black played the trumpet, and our home grown Jeremy Evans took home the cake with his art skills.

-Al Horford made the East Allstar team as a replacement for Chris Bosh.

-Karl-Anthony Towns won the "Skills Challenge", which wasn't really that much of a test of skills at all.

Should the Jazz trade Rodney Hood for Jeff Teague?