I was writing a comment in response to the article "Team-Building Approaches" by Mykroberts, and had enough substance that I felt it might be better to simply write another Fanpost. So thanks to Mykroberts for the inspiration. Here we go.

What does it take to build a championship team?

I was once taught a few principles on the topic of creating a new idea, or causing an idea to become reality. I think these principles apply nicely to the idea of "winning a championship". Not every one of these is extremely applicable to us fans, but they are all helpful to consider as we apply them to our favorite team. Let's get started.

Adjacent possible is what is already within our reach. What ideas, goals, etc. are achievable with the resources available to us at this moment? (ie. If I were in a room, which rooms are adjacent, and possible for me to directly access? Or if I were stranded on a rock in the middle of a river, the rocks I could immediately jump to would be "Adjacent Possible".) To give a more applicable example for us, what can our team, as currently constructed, achieve? What goals can we set and expect to achieve? This is important, because using this principle, you can roughly outline a course which you must take in order to reach the end goal you were aiming for. In general, if an idea feels radical and strange, it probably is not a good idea. Good ideas tend to work with already existing means, they need a foundation to build upon.

Right now, our team looks primed to make the playoffs. That's an attainable goal. We are also able to develop our young guys this year, and have them improve. We have the ability to trade some of our assets for those of another team. Technically speaking, we also have the power to choose to lose games on purpose, as well as a myriad of other ideas that would be unprecedented and likely take us in a direction we do not want to go. These things are all to be considered, in order to take us in the right direction. What workouts do we want our players to go through? What skills do we want players x, y, and z to work on the most? What are specific game plans we are able utilize in order to maximize our number of wins this season?

I'll try to state it as simply as possible. If we want to win the championship, we must analyze our available options and decide what steps will take us toward winning a championship. That seems obvious, but it is part of the process, and has to be stated.

This one also needs mentioning. Inspiration takes time, patience, and contemplation. This step basically consists of individuals using different means to figure out what the Adjacent Possible step actually entails. It is personal to Dennis Lindsay and each front office member, so it really isn't a topic to discuss. I hope that Dennis is doing a lot of whatever gives him ideas. (If you need an example to better illustrate this point, then I'll speak personally. Early mornings, showers and the time right before I sleep are when I have the most and best ideas. These are some times where I know I am best able to think up new ideas and receive inspiration. Putting yourself as much as possible into the zones where you have your "best thinking" is an important part of reaching difficult, distant goals.)

I am not using a perfect representation of the word. This step is, in essence, using an old idea in a different situation.

An example specific to our team may be using certain players out of position. We have already used this principle, and this falls on Snyder to find out how to optimize our group to get the most out of them. Playing three traditional wing players instead of one point guard and two wings creates an interesting dynamic that can be used to our advantage.

Another example occurred in our last game against the Mavericks last season. Quin applied some extremely effective defensive techniques at the very end of the game. He employed a full court trap, which was executed effectively, and was extremely effective. I felt it was an idea I've seen in college often, but hardly ever in the NBA game.

Quin seems skilled at this step, which gives me hope for our goal of a championship.

Liquid Networks is the willingness to change what is already there, if it is a convincingly better option. It is the acceptance of multiple sources of feedback, and allowing them to shape your perspective. In the case of the Jazz, it may be the opinions given to Dennis Lindsay from scouts, coaches, players, and even others in the business with whom Lindsay has connections. The trade for George Hill is a great example of this. Lindsay, likely through the feedback of multiple sources, was not convinced that Exum + Mack would make the best option for us at the Point Guard position, though it was what we already had acquired from previously-made plans. So he made a change to the current way of things, and brought in George Hill, being happier with having him rather than keeping the status quo and adding a player with the 12th pick.

We need to be open to options. If someone calls offering a trade for Hayward, we may tell them that he is not up for grabs, but we need to consider the trade before telling them so.

Another aspect of Liquid Networks is not only the willingness, but the ability to change what is already there. This is one of the Jazz' greatest strengths. Our assets are extremely fluid. If we wanted to move anybody, we would probably be able to do so. The same goes for acquiring someone. We have a great amount of cap space, and some very good contracts on our roster. This is needed in order to cement in place our favorite version of our team, that will be most likely to meet our goals.

Not as applicable to us. Platforms are places to share ideas and create liquid networks. This includes meetings, calls, (blogs - SLCDunk is a platform for our ideas as fans), etc. I sure hope a sufficient amount of meetings and idea-collaboration is going on in the front office. There isn't really a way for us to know.

Obviously, this is probably the most important point. Serendipity is when luck strikes. The goal of this step is to make the most of the chances you are given. You have to look for the unexpected, and act on them when they happen. Trey Burke may have been an attempt at this. He was falling in the draft much farther than projected, and we jumped on the chance to have the projected best Point Guard in the draft. Obviously, when dealing with chance, it often doesn't pan out.

If something lucky happens to us, say we make the 4th seed this offseason, beat the 3rd-seeded Clippers, and the 8th seed Memphis Grizzlies injured Steph Curry in their series against the 1st-seeded Warriors. We would be more likely to beat the GSW in a 7 game series, but we'd need to take the advantage. This point deals with looking for these strokes of luck, and being able to utilize them to the point of near abuse. We might not be able to isolate Exum on Livingston every time down the court, but we'd be able to play a better brand of defense, with the ability to work without the constant threat of Curry.

This would also apply to the chance that one of our youth (Exum, Hood, Lyles, Gobert, etc.) developed into a superstar. If that happened, would we be able to take advantage of it?

Cleveland was able to take advantage of the situation when luck struck as LeBron hit free agency and wanted to go back to his home town. They had the space to sign him on, as well as the ability to move parts around and obtain Kevin Love and a good supporting cast. From step #1, they had already been moving in the right direction, acquiring Kyrie Irving and Andrew Wiggins, and this put them in the position to act when lady luck came a'singing.

Mistakes are not good, but they are absolutely inevitable to happen. In order to do anything well, you have to make mistakes. Just ask any parent of a successful musician. Or look at a child that is learning to walk. It is frustrating to fail, but the reaction to error is critical. Do you give up on the idea after trying a couple times. or do you brush yourself off and keep going at it until it happens?

This is the phase we have been going through in the past few years. Our team is learning how to win games. It is frustrating to all of us that the Jazz didn't quite reach the goal we had of making the playoffs, but it makes it that much more likely that we will be able to reach that goal this coming year.

Looking at this step in another light, sometimes a guy like Burke might turn out to be a bust. Exum could be one for all we know. But how we react is critical. If enough goes wrong, there may be grounds to blow up the core and start again, but it would take a lot to justify that thinking.

Alright, that's a lot of information. 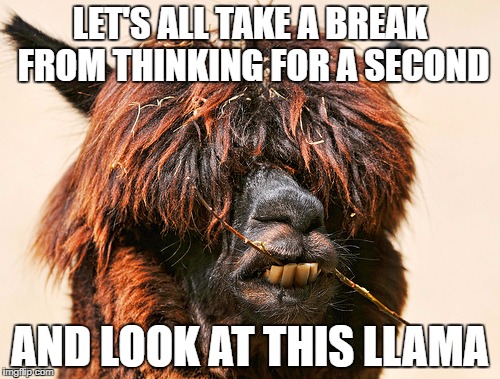 All of this should sound somewhat obvious. We naturally go through many of these processes. Defining these steps simply makes it easier for someone in a management position to determine if they are actually happening the way that they should be. A lot of these steps get very detailed, and I simply do not know what goes through Dennis Lindsay's mind, so I can't paint them as specifically as I would like. But looking at the trajectory and occurrences during the past few years, I feel we are on track according to these principles to put ourselves in the best position possible to attain our goal of bringing a professional national championship to the Utah Valley. (I believe we'd also be the first team to bring an NBA title to the Rocky Mountains, as the Nuggets haven't won a championship either.)

How much do you agree with the trajectory that we are on?