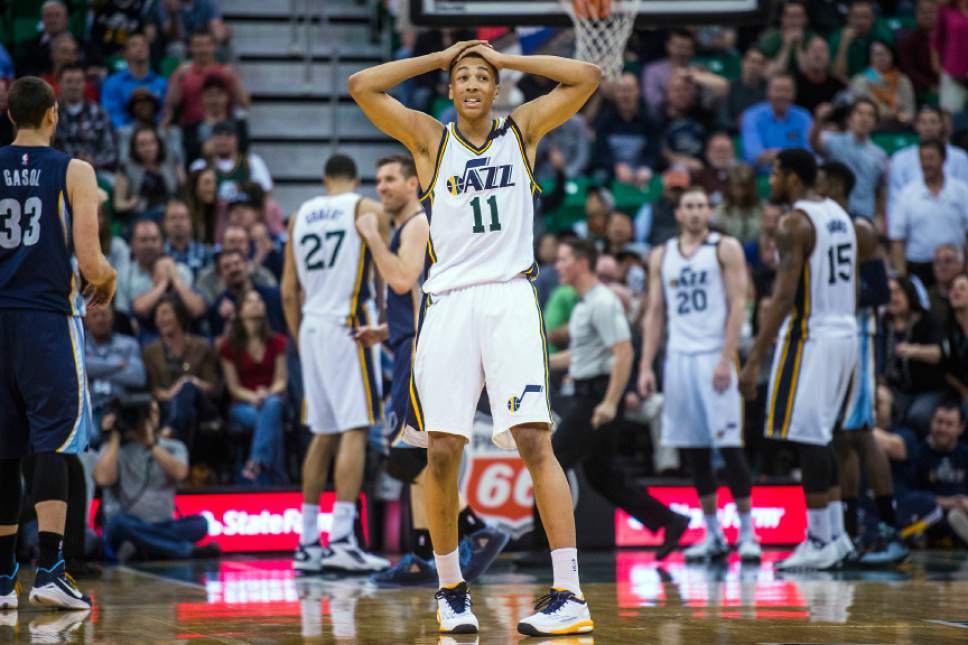 Will Dante bounce back?

The word can be used to describe anything that is kept secret, remains unexplained or is relatively unknown. Something obscure, perhaps puzzling. A riddle.

19 year old Dante Exum was dubbed the 'International Man of Mystery' in the lead up to the 2014 NBA draft. He was most certainly an unknown quantity. Aside from a strong, even eye catching performance against his peers in the Nike Hoop Summit in 2013, Dante was quickly and quite smartly stashed away. The hope was, that the Summit display, along with highlights of him dominating Australian High School opponents, would be enough of a tease to pique the interest of a lottery bound GM.

The thought of a 6'6, charismatic and athletic pterodactyl with a lighting quick first step manning the point for the next decade plus, would be hard to pass on in the changing, predominately now guard driven league.

When you fast forward to the present day, the man of mystery label given to Dante before the draft is even more apt a description now.

What exactly do the Utah Jazz have in Dante Exum? It's a question still clouded in mystery.

We know he had a certain defensive nous as a rookie but he is still a relatively unknown quantity, one which remains unexplained. With Dante sitting out the entire 2015-2016 season rehabbing a torn right ACL, there are more questions surrounding the prodigious talent than ever before.

But, has the recently turned 21 year old been so out of sight out of mind and so mysterious, he is now the forgotten man of Salt Lake?

I looked on with a raised left eyebrow and muttered a mild 'hmmm' when given the news Utah had traded for starting Indiana Pacer PG George Hill. After drafting North Carolina PG Marcus Paige and already having Trey Burke, Brazilian Raul Neto and Shelvin Mack on the roster, what does bringing in another starting quality PG mean for Dante? I wondered.

The trade of ill-fitting second unit gunner Trey Burke to the Washington Wizards, elicited celebration amongst many Jazz fans and provided some relief, easing the glut at the point guard position. It's most likely fair to assume that at worst, Dante will be the back up PG to George Hill to open the season and will be given time to ease his way back from the knee surgery. But maybe not. 26 year old Shelvin Mack averaged 13 points and 5 assists in 31 minutes a game across 28 games with the Jazz last year. Numbers that on the surface are far superior to Dante's rookie numbers. Reuniting with his former Butler teammate Gordon Hayward certainly helped Shelvin as he scored in double figures 20 times and seemed a fit. He was comfortable. Is he still looked upon as just a stop gap?

The off-season work of the Utah Jazz has no doubt made them a better ball club but there is still a massive question mark on Dante and the point guard position moving forward in Utah. Is there a fork in the road on the fast approaching horizon?

The early play of the seemingly forgotten and still mysterious X man will decide which direction Utah goes.

Is Dante the point guard for Utah?