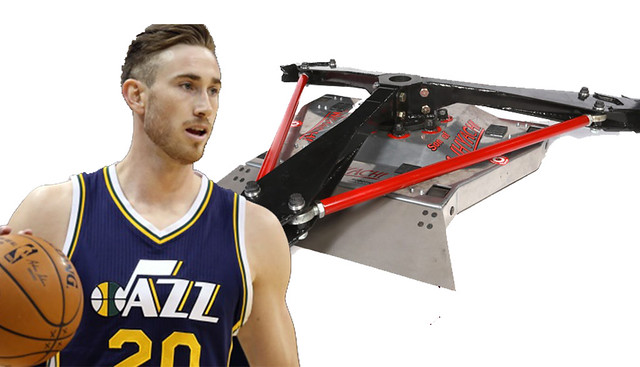 Spinner bots are some of the most common and devastating of Battle Bots. They have almost no weakness and can inflict serious damage. Don't believe me? Here's Son of Whyachi laying down a Gordon Hayward like smackdown...

The only real notch against spinner bots is that they are all around good, but have no real superstar ability. But you know what, a great spinner bot wins almost every time so I'll take a rad spinner bot every time. 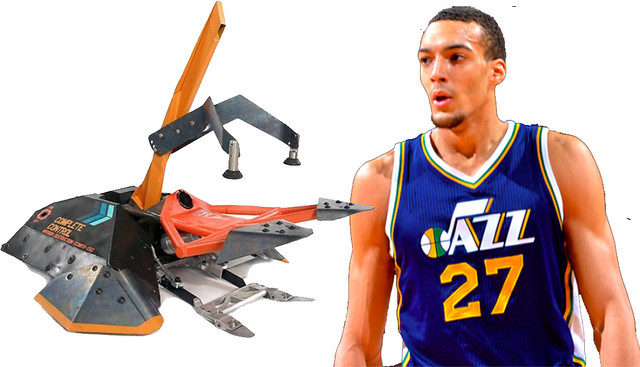 Everything about Rudy's game is controlling the paint and forcing opposing players into situations they don't want to be in. And when they finally just go for it, Rudy punishes them every time. In Battle Bots, the controller bot is the same way. Watch as complete control just toys with the other bot and when they make the mistake of coming strait at him in frustration, they get burned. Literally........ I'm sorry...

Rudy is coming back healthy this season, (if all goes well in the olympics, OH PLEASE BASKETBALL GODS STOP FORSAKING US), and will be even more dominating than ever. That max contract is gonna look very good with the Steiffel Tower. 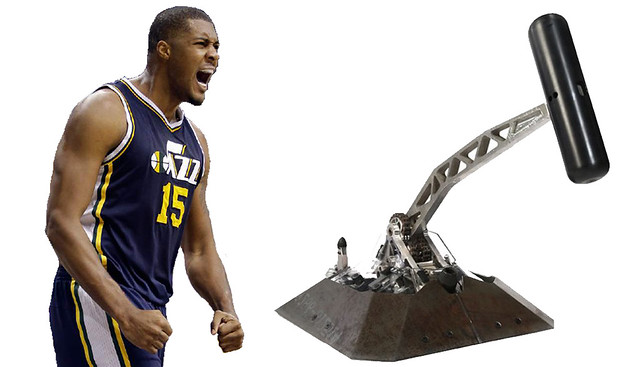 When Favs rolls into the paint, you know that hammer is coming down. Favs epitomizes the power forward in every way, much like the hammer dunks of yesteryear from Karl Malone. Easily one of my favorite things is watching a big roll man move to the hoop and watching the weak stretch fours cower in fear. ALSO DON'T EVER TELL ME YOU WOULD TRADE FAVS FOR KEVIN LOVE BECAUSE FAVS IS THE HAMMER WE NEED..

Watch Beta lay the hurt like Favs will this year....