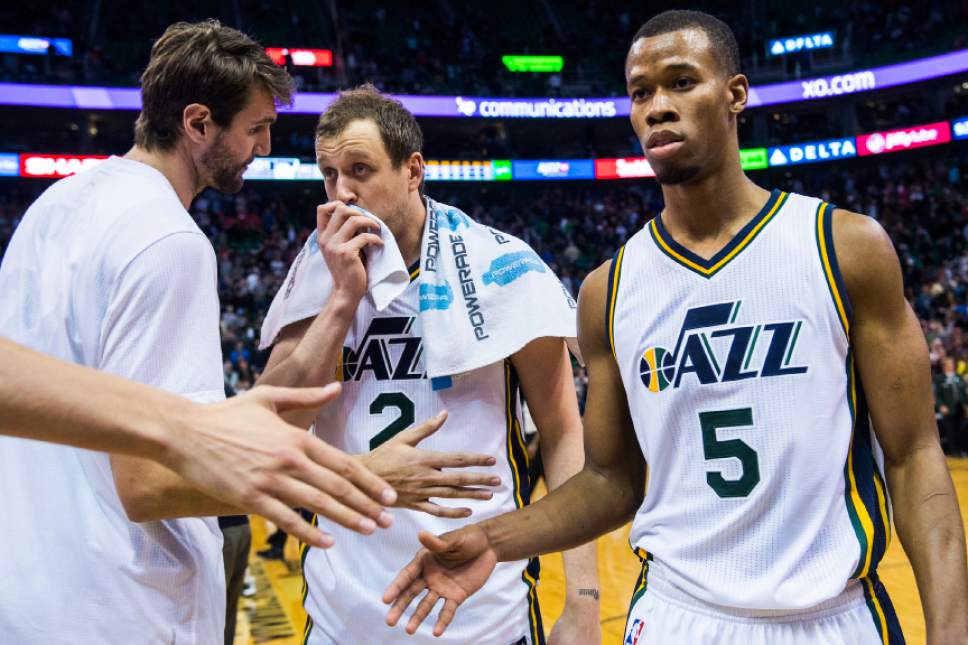 I clearly remember several occasions this season and last, where coach Quin Snyder went to Rodney Hood to close out the game. And Hood would fake and spin and hit a 15-20 foot shot, play after play down the stretch. Hood has the ability to score when he wants. From driving to the rim, to the mid range, and of course his 3-point shot.

Tonight the Jazz need his dynamic abilities. This season he's averaged 12.7 points a game. For the series he's averaged 9.0. The Jazz need him to produce 15-20 points if they want to win the best of seven. Now I know this is Hood's first time in the playoffs and that he's struggled with his knee, but this is where the stars shine. I believe Hood to be a future star. And this series is his chance to prove to the league that he is a name worth remembering. From the leader at Duke, to the game winner "shimmy" against Dallas this season, Hood has always had that winner mentality to his game. And with the Clippers swarming Hayward this series, it will be up to an X-Factor like Hood to take over.

Game 3 is a must win for the Jazz. With that said, Rodney Hood: it's time.