This is a formal introduction to the best possible prospect the Utah Jazz can draft with their 24th pick in this year's draft. This offseason will have a very serious feel to it. With alot of questions and rumors getting ready to break. The offseason is where teams forge ahead, and strive for improvements. The Jazz also have an opportunity to give the fans exactly that plus so much more. Enter Frank Jackson 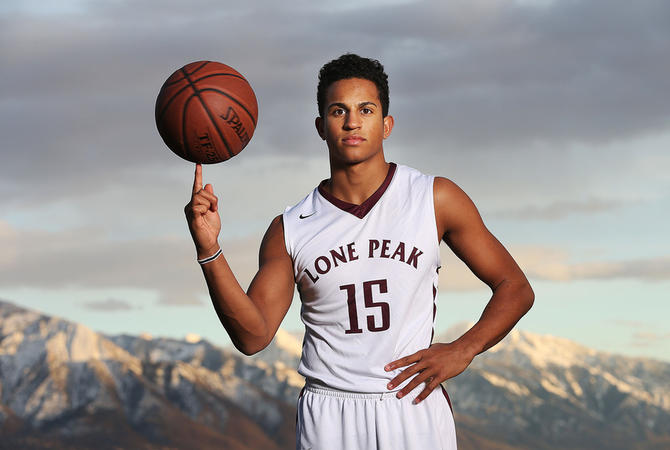 He looks at home with those beautiful mountains glistening in the background, and the air with a healthy bite. It's because he's at home folks. Frank Jackson starred as a HS basketball player in Utah, and was even named Mr. Basketball for the state, before heading over to Duke for his freshman season. Behind all the fabulous talent at Duke, his name is beginning to get recognition. Hopefully he doesn't gain to much momentum and gets picked before the Jazz have a chance, because he's that good, and fits at a position of NEED.

I was watching the Draft Combine and here this guy was, so much poise and control. He was balling in the scrimmages. So much so, the announcers where wondering if he should even play the second half, let alone return for the next day at all. He was that good.

He's a 6'3 PG with elite athleticism. He can do 360 dunks, windmills, between the legs, you name it. We are talking big time prospect. 5 star recruit. Lost in the shuffle. Hometown Kid. If the Jazz are really trying to spice this offseason up with its own Home grown star, and possibly bring a championship to its home state, similar to some other guy who did something like that last year. This is the chance. Jazz get Frank Jackson!!!

Is Frank Jackson the next Utah Jazz Star?