I'm a simple, but systematic man. There are rules. 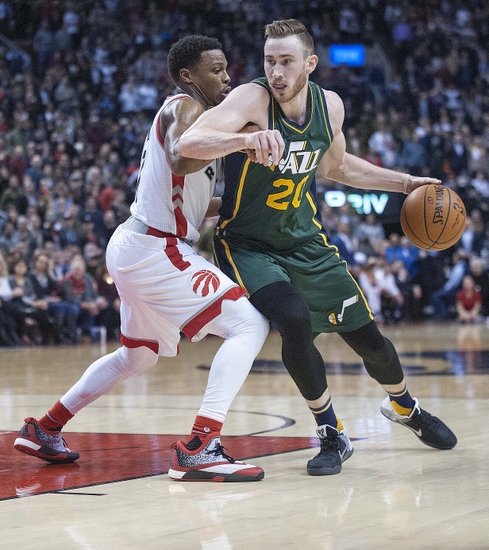 It was a journey

It's 2014, autumn here in Brisbane, Australia. I'd played a bit of basketball as a kid, but only just picked it up again in university as a bit of a distraction from studying. It was a good opportunity to bond with the guys. But then they'd start imitating different players, "Oh, there he goes with the Rondo!", "...worse shooter than Rubio!", "...with the Dirk!", "KOOOBBBEEEEEEEE!" and I'd suddenly be on the outside looking in.

I realised that I needed to learn what they were on about if I was to be accepted, and so I decided that I had to pick a team in the NBA to follow. I'd seen a bit here and there, mainly late playoffs basketball, generally the finals. I knew about the Big 3 in Miami, the Spurs gorgeous passing offense, but little else. How do you go about choosing a team from scratch?

I made myself rules, and worked with a process of elimination.

Rule 1: I will not be accused of bandwagoning. I want to be able to say that I liked a team 'before they were good.'
San Antonio Spurs - So pretty to watch, but you literally just won the past 15 years.
Miami Heat - LeBron, Bosh and Wade, I may have been clueless, but even I know what superstars are.
Chicago Bulls - The only reason anyone goes for this team is Jordan.

Rule 2: Avoid all big markets, I don't want to be one of the 'many,' and I don't want that much hate from other fans. I don't want my team to 'buy a championship'
Los Angeles Lakers - Everyone has heard of these guys, and there's so many people with Bryant jerseys, and what the heck is a Laker?
Boston Celtics - Too successful, too many stars, and I'm not Irish, I'm a brown Australian.
New York Knicks - Literally the biggest city. No. What the heck is a Knick? Why do big markets go for ridiculous names?
Houston Rockets - The biggest city in the biggest state. Texas is also my least favourite state, guns and rednecks, not digging it.

Rule 3: Avoid going for a team that I am ideologically opposed to regarding basketball
Los Angeles Clippers - Whiny, floppers, incessant complaining, star players and treatment, everything that basketball shouldn't be in a single team.
Philadelphia 76ers - I don't like the concept of tanking, and doing it deliberately as a strategy irks me sideways. The poor fans. Also, what have numbers got to do with a team name? I still don't get it. 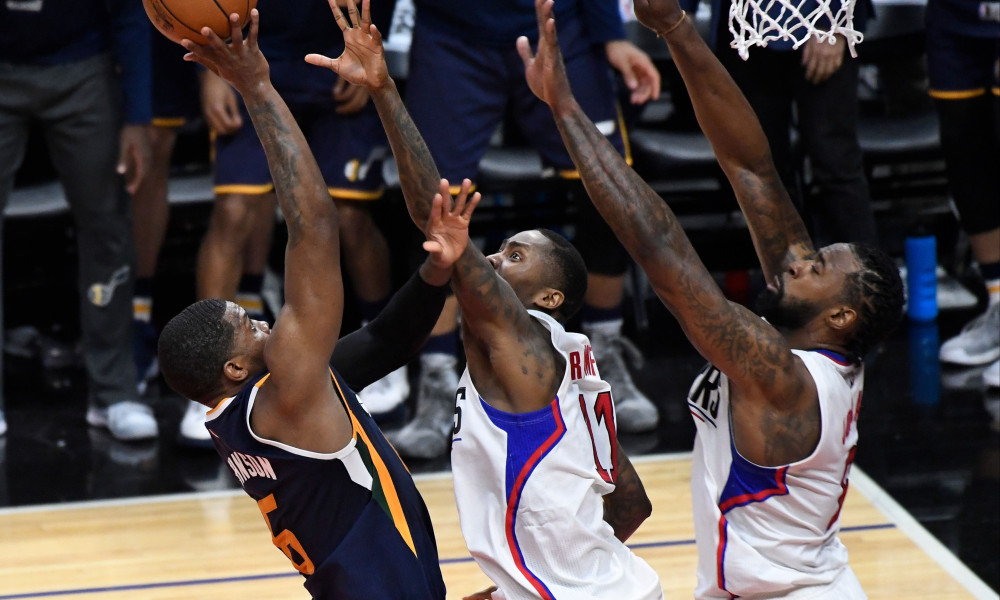 Suck it Clippers, you don't get my fandom or a first round series win

Rule 4: There's gotta be something that clicks with me in the name.
Brooklyn Nets - Nets? Nets?! Oh heck no, what on Earth was this franchise thinking?! Who honestly thought that was a good idea?
Orlando Magic - Great theme, but Magic is not tangible or cool. Washington took your theme and did it better.
Oklahoma City Thunder - I get the intimidation, but no, if it was lightning, I'd be on board, but thunder is just all bark, no bite.
Portland Trail Blazers - What's a Trail Blazer? Is it related to fire? No? It's just a man with a knife? Really?
Golden State Warriors - So you're meant to be California, but you're so pretentious that you want to give yourself a cooler name? Get out.
Dallas Mavericks - Is this Tom Cruise from Top Gun? Mel Gibson playing cards? Why you naming yourself after actors?
Denver Nuggets - You're actually just a chunk of gold? That's what you're going with? I'm so intimidated.
New Orleans Pelicans - I honestly don't know if Pelicans have teeth. Is it possible to pick a less intimidating bird? Atlanta did it better.
Sacramento Kings - Just a little bit cocky to be crowning yourselves this early.
Indiana Pacers - Car racing is a completely different sport to basketball.
Detroit Pistons - Again, the car thing, sure, it's better than a Pacer, but not much better.

Four rules down and we've got to a shortlist of 10 teams. It is now time to compare within the sample to whittle it down.
Toronto Raptors - I absolutely adore dinosaurs, ever since I was a toddler. I'm getting hyped about Jurassic World. Raptors were the coolest things in the original Jurassic Park, so scary for a 3 year old, the sickle, the snapping, the speed, the evisceration. Also, no offense, but Canada is better than America, because it's the most similar to Australia.
Washington Wizards - I like the alliteration, Wizards are a cool image, powerful, loved the Harry Potter books too, but Washington is too American, almost sounds a little patriotic to go for them. And I don't know how the state is in one spot and the city in another. Sorry.
Charlotte Hornets - Hornets are an intimidating insect. But still an insect. Charlotte is a name I want to give my future daughter. Don't want her thinking she's named after my basketball team. Unlucky.
Atlanta Hawks - I like the bird of prey imagery, Hawks are awesome in general. Definitely an option.
Cleveland Cavaliers - Your fans are constantly pining after LeBron James, that's the only reason your team is actually known. Bye.
Milwaukee Bucks - I don't know what it was, the jersey's were ugly, even though green is my favourite colour, and I kept thinking of Bambi, not as intimidating as it should have been.
Phoenix Suns - This is pernickity, but we only have one Sun, why are you pluralising it? Also, too much potential in your location name to have not used that imagery in there somehow.
Memphis Grizzlies - You play ugly basketball, and all your players are old, I can't relate to you.
Minnesota Timberwolves - I really like wolves, love the teamwork pack imagery there. Really solid team name.
Utah Jazz - I'm a bass player, I like jazz music, I like a bit of unorthodoxy in a name, the logo was absolutely gorgeous, it was so smartly designed, the quaver resembling a J as well as hiding a basketball in the note, so subtle, so smart. Sure, Jazz isn't intimidating, but the other qualities redeemed it as an option.

I was left with four options. The Toronto Raptors, Atlanta Hawks, Minnesota Timberwolves and the Utah Jazz. The answer was obvious. I chose the Raptors. I flipping love dinosaurs. 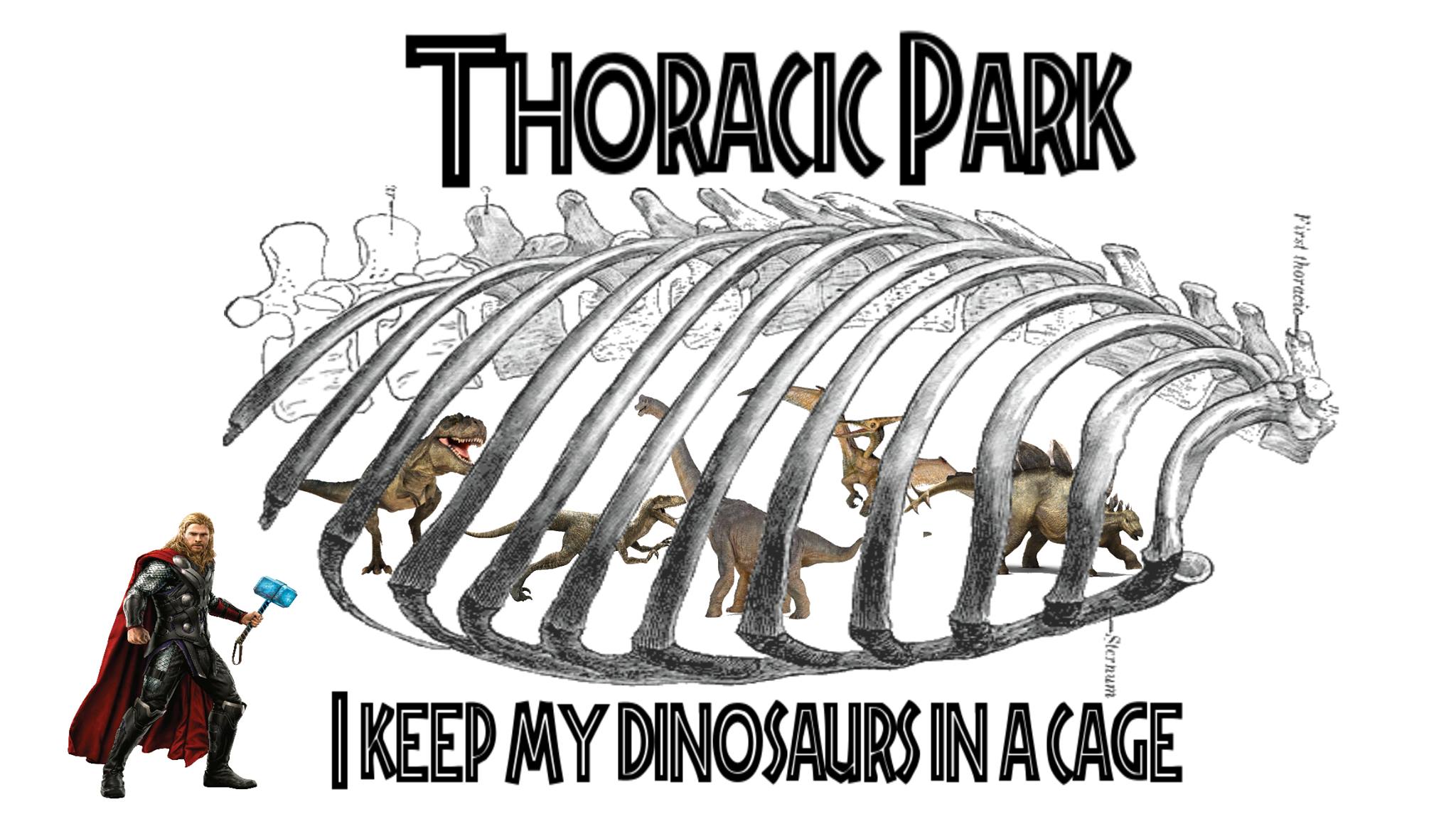 I even made my own meme about them

What a coincidence, they're in a playoff series against the Nets as we speak! So I started to watch. It was intense, a 7 game series! Crazy close games, and it was just entertaining. And then Game 7, at home, Kyle Lowry, somehow sneaking his way into the lane, a sure layup at the buzzer, to seal the game, to seal my fandom, surely, surely!

Extinction of a fandom

Paul Pierce broke my heart that day, just as he would a couple of years later (RIP Government Name). I didn't know what to do with myself that winter. I avoided all basketball for the next month, it was too agonising, but I realised I wasn't going to recover. I could never trust the Raptors to do what they needed to win again.

June 27 2014, I walk out of an end of semester exam, still not sure what I just experienced, mind racing. It's NBA Draft Day. My mates are paying close attention.
"Where do you think Dante will go?"
"Gotta be the Magic right?"
I chime in
"Dante? Is he that Australian kid?"
"Yeah, he's from Melbourne."
"What? Melbourne? I'm a Melburnian!"
"Yeah, Magic will probably take him, got potential"
"Ah right, I see..."
10 minutes later...
"He fell to the Jazz! Magic picked Gordon!"
"What?!"

I took a minute to process this. I knew nothing about the Jazz. But they had a fantastic name, a brilliant logo, I could back them with no shame. I went through my rules, they all still applied. Now they had a fellow Melburnian on the team as a bonus.

"Screw it. I'm going for the Jazz"

"You sure? The Jazz are trash man"