Using these numbers I performed multiple regression (think least squares fitting but with 2 variables instead of 1). Now to let the numbers speak for themselves.

What it means: Offensive win shares is over 10 times more important in predicting an NBA contract. For merely being a REPLACEMENT LEVEL player (0 WS), a player would earn 3.79 million dollars per year. Correlation for this model is decent but not great.

What it means: Offensive box plus minus is 4 times more important in predicting an NBA contract. For merely being an AVERAGE player (not replacement level; average), a player would earn 11.03 million dollars per year. Correlation for this model is pretty good.

What does this mean for the NBA, and more specifically for the Jazz? Well, 1st either A) the NBA vastly overvalues offensive production over defensive production, B) DBPM and DWS/48 are bad at quantifying defensive value, or C) a combination of both A and B. I would venture a guess at option C, as individually, the offensive statistic alone described most of the contract value.

Just for your viewing pleasure, here are each of the graphs individually. You'll notice 1) OBPM is the best stat and 2) DWS/48 and DBPM have pretty much no correlation with contract value. 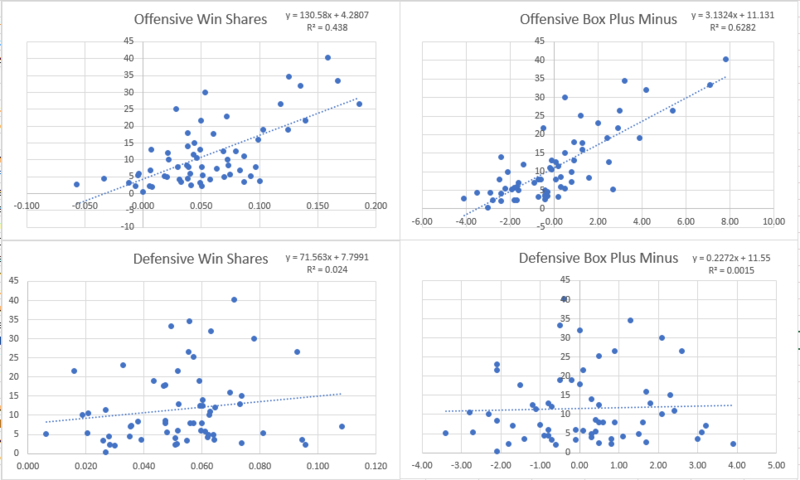