This post doesn't have a lot of meat to it, but I wanted to share a couple of images I made before the season starts. I parsed the play-by-play data for every game this season. These first two images are the offensive and defensive results from every moment of action of every game of the 2018 season. The black lines represent the one standard deviation from the mean at each second of the games. 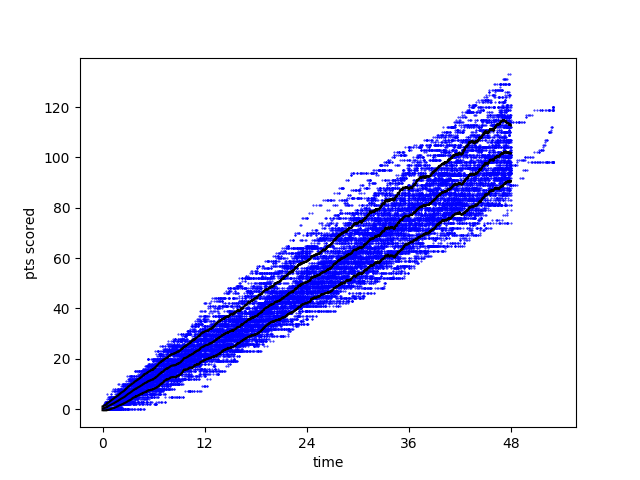 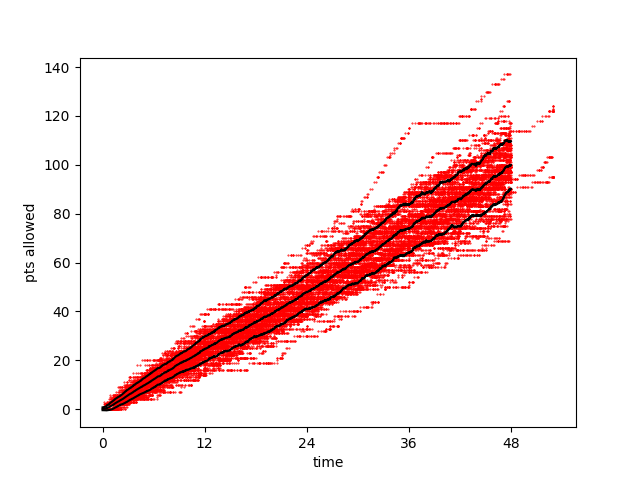 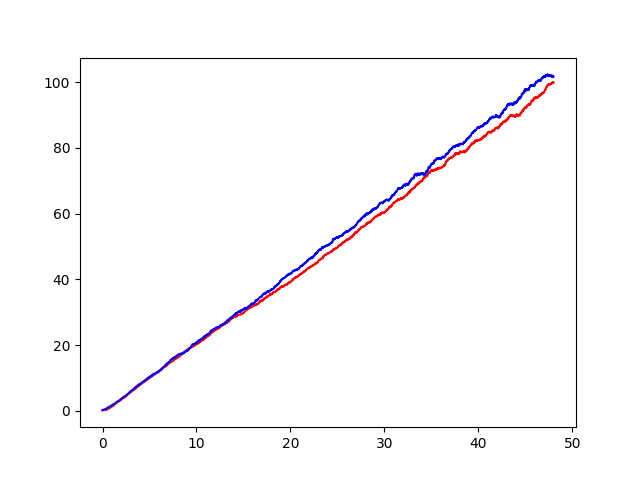