Death, taxes, and the Utah Jazz finding diamonds in the rough like Georges Niang

Dennis Lindsey must be a magician because he keeps on finding quality role players in the most unusual places.

Share All sharing options for: Death, taxes, and the Utah Jazz finding diamonds in the rough like Georges Niang 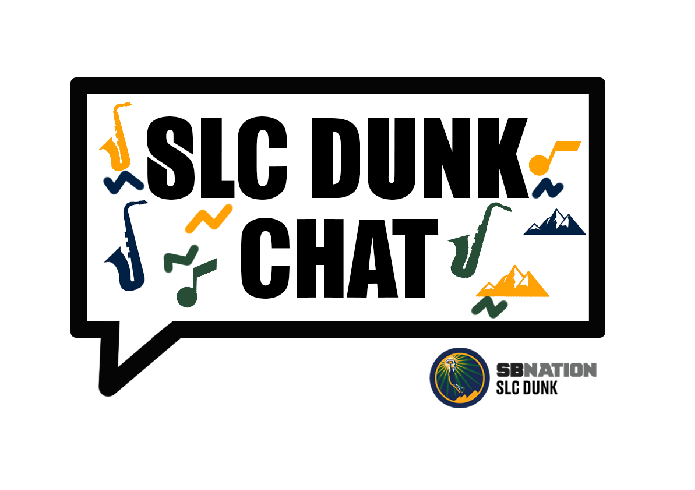 Every week the SLC Dunk Staff gathers round the fire, sips some fine cocoa, and spits some fire hot takes about the Utah Jazz. These weekly chats are the purest hot takes, straight off the vine. Sometimes it's good to just talk basketball and let the fandom take over. Welcome to the SLC Dunk Chat.

Mychal: Alright, Dunkers. Time for another #slcdunkchat! What a weekend we had with two Jazz wins, Rubio breaking out of his slump, and the Jazz’s depth shining through. Let’s get this chat started with an easy question. HOW BOUT DAT GEORGES NIANG???

Taylor Griffin: His game is so smooth. I’m excited to see him get more of a shot with Favors and Crowder out. He is such a stud.

Sam Goodrich: Niang is the next Ingles diamond in the rough. Buy that stock now.

James Hansen: Rubio looks like he’s back. Even though he didn’t shoot it well against Dallas he was much more under control with 8 assists and only 1 turnover

Two solid games in a row!!

Mychal Lowman: Winning does cure a lot of ills. Even better is Rubio almost becoming the first Jazz player to have 30 points and 10+ assists in a game since Deron Williams.

Check out these Georges Niang numbers:

PER 36, Georges Niang is averaging 23.2 points, 6.8 rebounds, 1.5 assists on 54% shooting from three and 100% FT%. He even was the one who took a technical free throw in the game against Dallas with Grayson Allen, Dante Exum, and Royce O’Neale on the floor.

That gave me a GIANT double take.

Taylor Griffin: Those numbers are crazy.

James Hansen: I’m tellin ya, he might be our eventual starter at the power forward.

Mychal Lowman: They’re Jeremy Evans-like. Speaking of small sample, do we think Georges Niang can sustain this? He’s going to get a big opportunity against the T(rainwreck)-Wolves with both Jae Crowder and Derrick Favors down with injury.

James Hansen: He put up ridiculous numbers in the G-League. This ain’t your everyday rookie

Mychal Lowman: That is true. He gets wins. Before the Stars acquired him, they were absolutely dreadful in the G-League. With Niang? They posted an above .500 record to finish the season.

James Hansen: I’ve always thought that a major reason Favs wears down is because he plays both perimeter and inside. It’s the toughest part of both worlds. Having Niang, who’ll play more perimeter minutes means he can get a lot less wear and tear. I also loved seeing how well Jae Crowder likes starting at the four. The Jazz came out gangbusters again a the Mavericks

Mychal Lowman: The Dallas announcers kept bringing up Boris Diaw with Georges Niang which seems like a very apt comparison until you realize that Georges Niang is a WAY BETTER 3 point shooter.

Taylor Griffin: I think they only said that because Niang is thicc like Boris.

Mychal Lowman: Seeing Jae tear it up is a great story this season. He looks like he has found his balance between work, home, and personal.

James Hansen: Honestly, Niang looks a little like Ingles out there

James Hansen: Niang’s touch around the rim is also incredibly good. You can tell he’s already an absolute steal

Mychal Lowman: He has deceptive athleticism. Niang really looks like he belongs. Real talk, Grayson Allen and Georges Niang have the sweetest strokes on the team. They look like they were lifted right out of a basketball shooting tutorial.

Taylor Griffin: I love Georges’ stroke so much. Every time he shoots I think its going in.

James Hansen: When Allen made that sidestep three I let out the same noise I make when I bite into a delicious crown burger

[Editor’s note: I did not realize during this chat that James Hansen snuck in a crown burger reference. Carry on.]

Mychal Lowman: Utah’s bench won that game in Dallas for them. That 6 minute stretch with *no starters* was huge. The internal development Utah has made this offseason is looking great. Niang, Exum, Allen, and Crowder look much improved.

And don’t forget Ekpe Udoh. Last year his hands looked like they were cut from stone, this year, they appear to be made out of a more malleable timber.

Jason Walker: Having offense off the bench in addition to solid defense has been a big help so far. Late last year the only player who could produce points was Crowder and he had horrible shooting numbers.

Taylor Griffin: i love how confident Dante Exum has been in leading that second unit off the bench.

James Hansen: Exum looks so confident and it’s making a ton of difference. And it looks like Quin is starting to really trust him

Mychal Lowman: For the past 4 years, we’d only get flashes from Exum. Now it seems like we’re seeing the graph chart of his development go exponentially up. You know what you’re getting out of him now.

He has a role with this team. And you can see the confidence.

Can we sign a petition to have the Jazz play only road games? The road seems to be a panacea that cures all team ills for this Jazz team.

Taylor Griffin: I do not understand that at all. I mean if you take out the Warriors game, it’s only been one game that the Jazz have completely pooped their pants at home, and that is the Grizzlies specialty

Mychal Lowman: On this road trip, the Jazz’s pace settled at the middle of the pack, their defensive rating shot up to 6th in the league, offensive rating is now up to 12th, and they’re 3-0. All this despite playing the 6th most difficult schedule to start the season. These wins (albeit without Chris Paul and Anthony Davis) were not wins calculated into Jazz’s win projections. These wins are huge.

The Grizzlies, btw, are 3-2 on the regular season.

Between them and the Hawks, they just always seem to have the Jazz’s number.

Excuse me, Marc Gasol always seems to have the Jazz’s number. Apologies on the typo.

James Hansen: Wins are wins though and they matter when the Jazz are playing for seeding in the playoffs

Mychal Lowman: Here’s the crazy part, if Utah wants to go all in for an All Star in the next offseason, the development of those three allows them to part ways with their more expensive contracts to go fishing.

That’s what good General Managers do. We saw it in San Antonio, they built a great team around their big three by finding those diamonds in the rough. That allowed them to keep their Big 3 for years together.

Meanwhile, for this season, none of these guys seem to display an ego.

Whether they’re first on the depth chart or last, they’re willing to sacrifice everything (minutes included) if it means winning.

Diana: I am excited for Niang but I can’t get too excited about a couple of games. I am glad we have him though with Favors knee and Crowder’s ankle.

Who would they part ways with, Mylo?

Mychal Lowman: That is true. There’s not a lot of tape on Niang for defenses. What happens when he gets scouted?

Diana: I don’t think we need him to be a starter. I think a spark off the bench is the perfect role for him for now.

James Hansen: Whatever he is, he’s been incredibly positive when he’s been on the floor

Mychal Lowman: As far as who they’d trade ... who knows at this point. I think Utah’s success this season and how they win will determine who they target as a need in the offseason. It’d be hard to move on from a roster that is extremely successful.

I do think you need Favors and/or Udoh to keep Gobert churning this year. He’s a full on monster.

James Hansen: Gobert could get a few mvp votes if he keeps up this level of play

Taylor Griffin: he is destroying everything in his path this season, i love it so much

Mychal Lowman: Andy Larsen of the Salt Lake Tribune said Gobert is on pace to exceed the record for most dunks in a season by 100. WUT

James Hansen: He’s been a feature of the offense, his hands look much improved again and his defense is as dominant as ever. He’s truly evolved into GOBZILLA

James Hansen: The best part of the season is how many players drive into the paint, let out an audible “nope” when they see Rudy and then back out of the paint

Taylor Griffin: i also love how well he is shooting free-throws.

Mychal Lowman: Are big men learning FTs all of a sudden? Did anybody catch of DeAndre Jordan was making 83% of his?

Taylor Griffin: Joe Ingles was talking ish to DeAndre yesterday before he shot two FT and DAJ made both of them and stared Ingles down the court lol

Mychal Lowman: Man, imagine if DeAndre Jordan had a good developmental coach to start his career. What could have been.

Mychal Lowman: Let’s end on this, what was your favorite thing from this weekend?

Mine was the wedding proposal at the Mavs game.

At the Mavs game. You’ll know when you see it.

Sam Goodrich: My favorite was the few glorious minutes of Grayson Allen. I love watching that kid play basketball.

Taylor Griffin: Rudy’s ferocious and merciless roar he let out after that and-one last night. its what nightmares are made of.

Jordan Cummings: Jumping in late here, but the thing that impresses me most about Niang is his defensive ability. He slides his feet and maintains good defensive position SO well. I don’t think his per 36 numbers are sustainable, but I could see him putting up something like 12/7 every time he’s a starter or plays more than 20 minutes. The 3-point shooting will probably temper off a bit, but he looks like a 40% shooter from deep.

Also, Dante Exum was fantastic in last night’s game. He was aggressive and relentlessly attacked the rim. He still needs to work on finishing - he had a couple of pretty easy layups that he missed. But the energy and hustle was what kept Utah in the game and extended the lead in the late 3rd/early 4th.

Favorite thing from this weekend was Gobert going GOBZILLA mode and destroying rims and souls on both ends of the court. He’s been a monster so far this season.