Is Utah’s Ricky Rubio better or worse with a man-bun?

Share All sharing options for: Is Utah’s Ricky Rubio better or worse with a man-bun?

With all of the changes that Ricky Rubio has made to his game this season—a more reliable jump shot, more shot attempts per game, less assists—one gets singled in day in and day out more than all the others: his hair. It takes less than 5 minutes for opposing announcers to identify Rubio’s new look whether he’s going full Rick Grimes from the Walking Dead or going Spanish Samurai with a man-bun. This is such a hot button topic that it’s one of the low key best matchups in the Oklahoma City Thunder versus Utah Jazz matchup: Rubio’s man-bun vs Steven Adams man-bun.

Steven Adams on who’s man bun is better, Ricky Rubio or his own pic.twitter.com/Y20grKEHzj

I know what you’re thinking. Did I actually spend an entire Friday night going through game film to see if Ricky Rubio wore his hair up in a man-bun? You’re damn right I did. Let’s provide some context into Ricky Rubio’s hair choices. The Ricky Rubio man-bun first made its appearance in Utah’s scrimmage at Hill Air Force Base.

It made a couple appearances in preseason, but once the Utah Jazz season started Ricky Rubio went full Rick Grimes. Beard, greasy hair, ready to defend Utah against zombies. 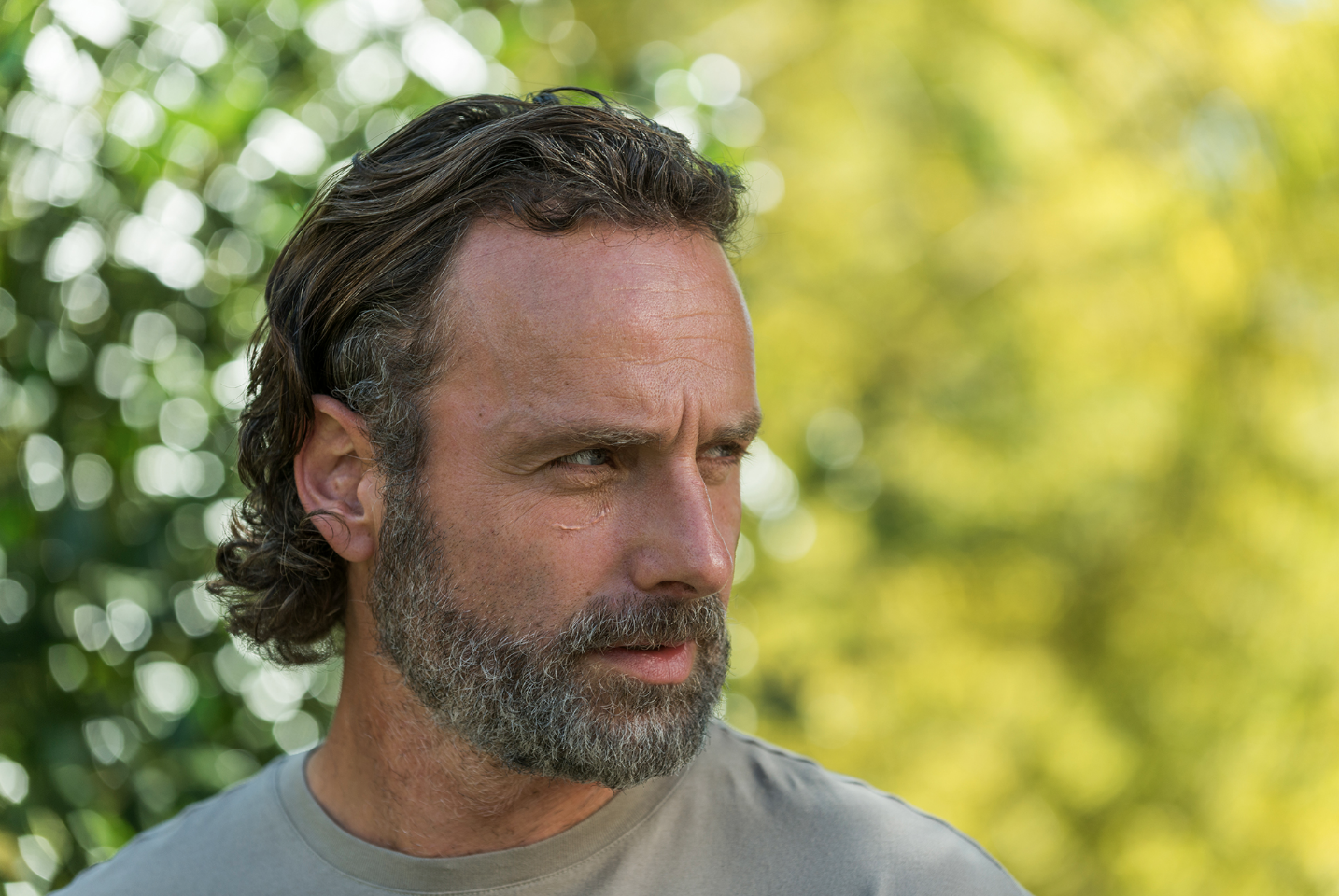 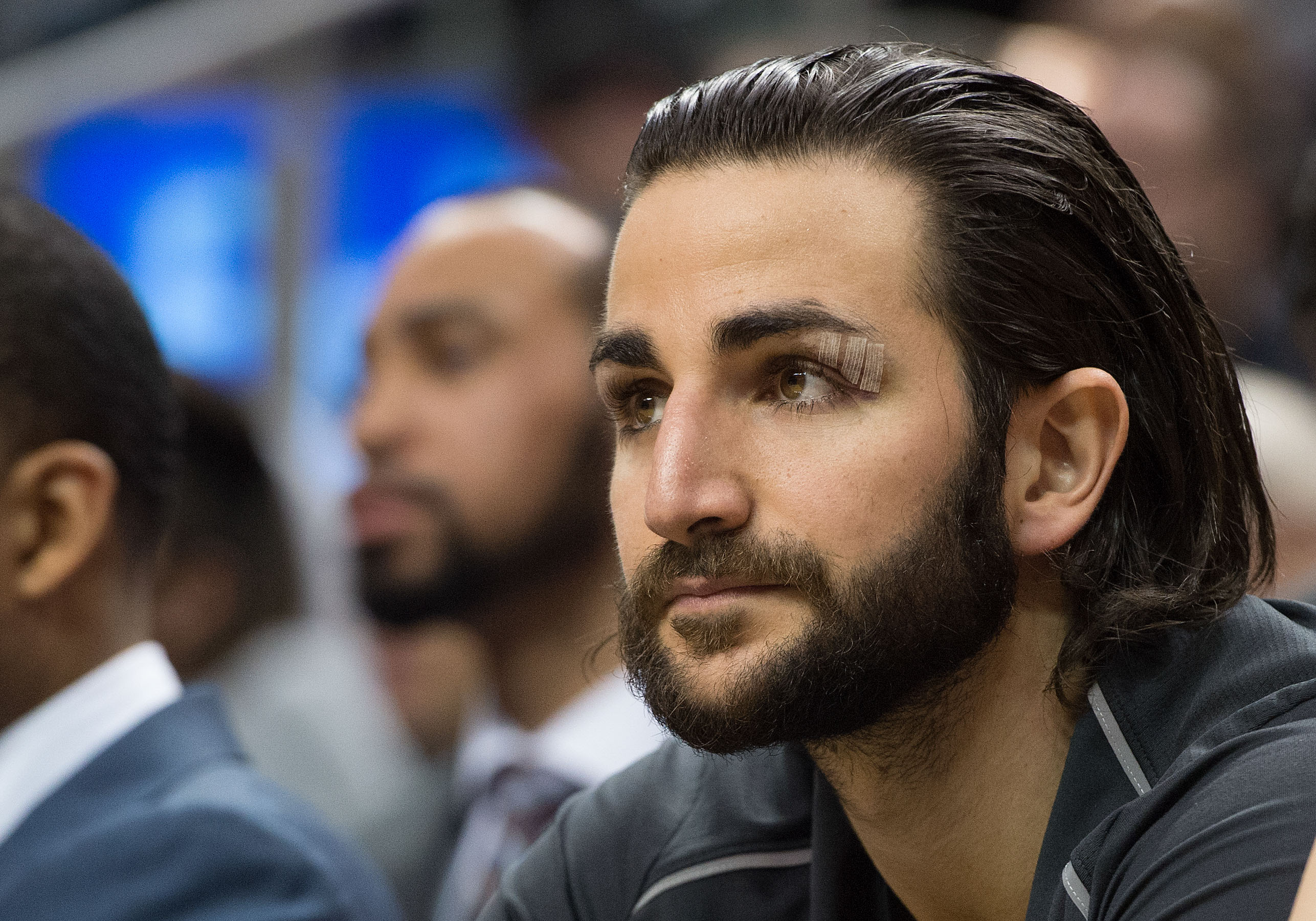 Ricky Rubio would then play the next 60 games of the season sans man-bun with only three exceptions: vs Philadelphia 76ers (game 11), @ New York Knicks (game 15), vs New Orleans Pelicans (game 23). The Utah Jazz went 1-2 in that stretch. Rubio went a combined 8 for 33 from the field in those games. Ricky then abandoned any use of the man-bun until March 7th, the 65th game of the season. There have been some strong opinions of the power—or lack thereof—of Rubio’s luscious locks.

Ricky Rubio is Overrated w/ a Man Bun... Nobody in the NBA Should have a Man Bun

I’ve been waiting to tell you all how pleased I am that Ricky has brought back the man bun.

I’ve been a giant Ricky Rubio fan his whole career but the man bun has got to go.

Rodney Hood on Ricky Rubio's hair: "I think the man-bun is more for the girls."

So what do the numbers say about Ricky Rubio Man-Bun vs No Man-Bun? Well ... let’s just go to the basic stats first.

Ricky Rubio with a man-bun scores 3.2 more points per game, pulls down 0.9 more rebounds, dishes 0.2 more assists, and turns the ball over 0.7 times less. Now, of course, these are just the base numbers. So what if Ricky is scoring more? Is he doing it efficiently and helping the team? Great question. Short answer: yes.

Not only is Man-Bun Ricky a better shooter, but he’s a more efficient scorer. Not only that his +/- with a man-bun is a full +9.0 better than when he has no man-bun. Ricky Rubio with a man-bun is a 15 point, 5 rebound, and 5 assist player who is an efficient scorer and ball distributor. Ricky Rubio’s usage rate does increase by 2 percentage points when he adorns the man bun, that has to mean more turnovers right? Wrong.

So these are all offensive stats. There’s two sides of the ball and we all remember the Dennis Schroeder/Atlanta Hawks game. Man-Bun Ricky got roasted in that game. He can’t be that much better defensively than Ricky Grimes. Well ... actually ... he is and significantly so.

Man-Bun Ricky is the man of our dreams, and it’s not just because he wears a man-bun. It’s because he wears a man bun, is damn sexy, and plays like the point guard of our dreams. I know that offensive and defensive rating is affected by who he plays with, but this also shows he’s not a dead weight on the team. He makes his team better when he’s out there. There’s a difference of +15.4 on offensive rating and +6.3 on defensive rating when he has the man-bun. Not only that his steal percentage climbs to 2.92% from 2.63% when he has the man-bun. It’s the power of the man-bun. He’s liberated. He’s free.

There are some EXTREMELY big notes to all of this data. Ricky didn’t play most of the season with the man-bun until March 7th. That means most of Ricky’s time with the man-bun has been coinciding with Utah’s miraculous playoff push. You could say it’s just coincidence OR you can look at the data and see it’s plain as day that Ricky Rubio’s man bun is the magic behind this entire run. The Utah Jazz without Ricky’s man-bun went 30-27. With Ricky’s man-bun? 14-6.

So the next time you see that beautiful mane of hair that Ricky Rubio possesses on the court, you better pray to the basketball gods that it’s put up in a bun.

Unless otherwise noted, stats courtesy of NBA.com or Basketball Reference.