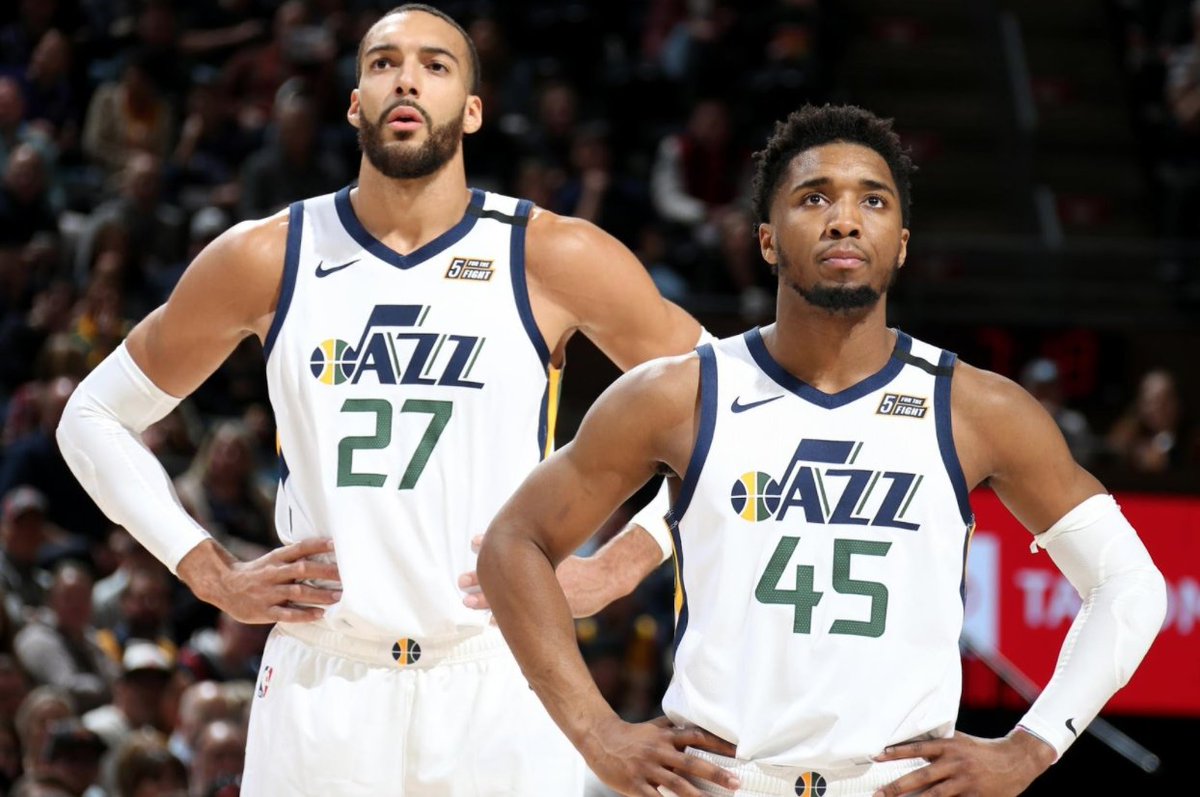 The crazy COVID-19 Coronavirus-riddled 2019-2020 season is over, and we have a new NBA Champion in the Los Angeles Lakers.

The Utah Jazz had an excellent regular season, even if it was Rudy Gobert’s positive coronavirus test that sent the league into a frenzy and promptly shut the season down.

In the grand scheme of things, the Utah Jazz finished ranked No. 9 as far as power rankings are concerned. Even though they lost in Game 7 of Round 1 to the Denver Nuggets, the Denver squad got placed No.10 at Team Rankings.

Before the coronavirus pause, the Utah Jazz played on a 41-23 record and had won five of their last six games. Because of their record, they still played into the resumed season despite losing five of the eight-game regular-season restart.

What’s Next For the Jazz

The Utah Jazz have opened on the early future boards with 4/1 odds to win the NBA Title in 2021. But It’s hard to say what next for the team. We don’t even know what is next for the NBA itself. COVID cases are ticking back up. We do know that putting the teams in a bubble worked. There wasn’t a single positive test throughout the play-in and playoffs —unlike the NFL, which has seen a rash of cases. But players can’t spend their lives isolated on campus; it’s not healthy mentally and emotionally. After the close of the 2020 season, players stated that they were mentally and physically exhausted. And, now it looks like their offseason will be a short one. So, do we take all of these players who are already mentally strained and throw them right back into a bubble?

The NBPA and NBA are currently undergoing negotiations. That said, according to reps on both sides, it’s challenging, but they are optimistic. The collective bargaining agreement runs through the ‘23-’24 season, but it was negotiated under normal operation terms, not terms of a global pandemic.

Adjusted salaries and a multi-billion dollar league-wide revenue loss could change the landscape of personnel as we hit 2020-2021. Not to mention the fact that some players could opt out of a bubble-type season. Some are expecting the largest salary cap drop in the history of the NBA.

The Draft was supposed to happen back on June 25th. Its new date is now Nov. 18th. The jazz are expected to 23rd in the draft, and they could use some young talent to help run the floor. This is why I think they may try to snag Theo Maledon from ASVEL, France. The 18-year-old is 6’4, 175 pounds, and he fits the team’s needs. It’s hard to say if the Jazz lineup will remain intact with so much up in the air this offseason, but if they do, they are one of the most complete teams in the NBA. That said, they have a bit of a need at PG, and they could either sign Maledon and leave him to develop overseas for a season or two, or have him sit under Mike Conely Jr. to learn the ropes.

That said, we could see them go with a wing player like Arizona’s Josh Green. This would also be beneficial as they play varying formations of small lineups, and a guy like Josh Green, to me, is a little more NBA-ready. It should be noted that Utah is without a second-round pick this season.

The Jazz are pretty much square on their contracts going into next season. They don’t have a lot of contracts up for expiration. Jerrell Brantley, Justin Wright-Foreman, Emmanuel Mudiay, and Jordan Clarkson are all up for free agency. I think they will re-up on Brantley, but I’m not sure if they keep Wright-Foreman. I believe out of all the players up for free agency; the most valuable to the Jazz right now is Jerrell Brantley.