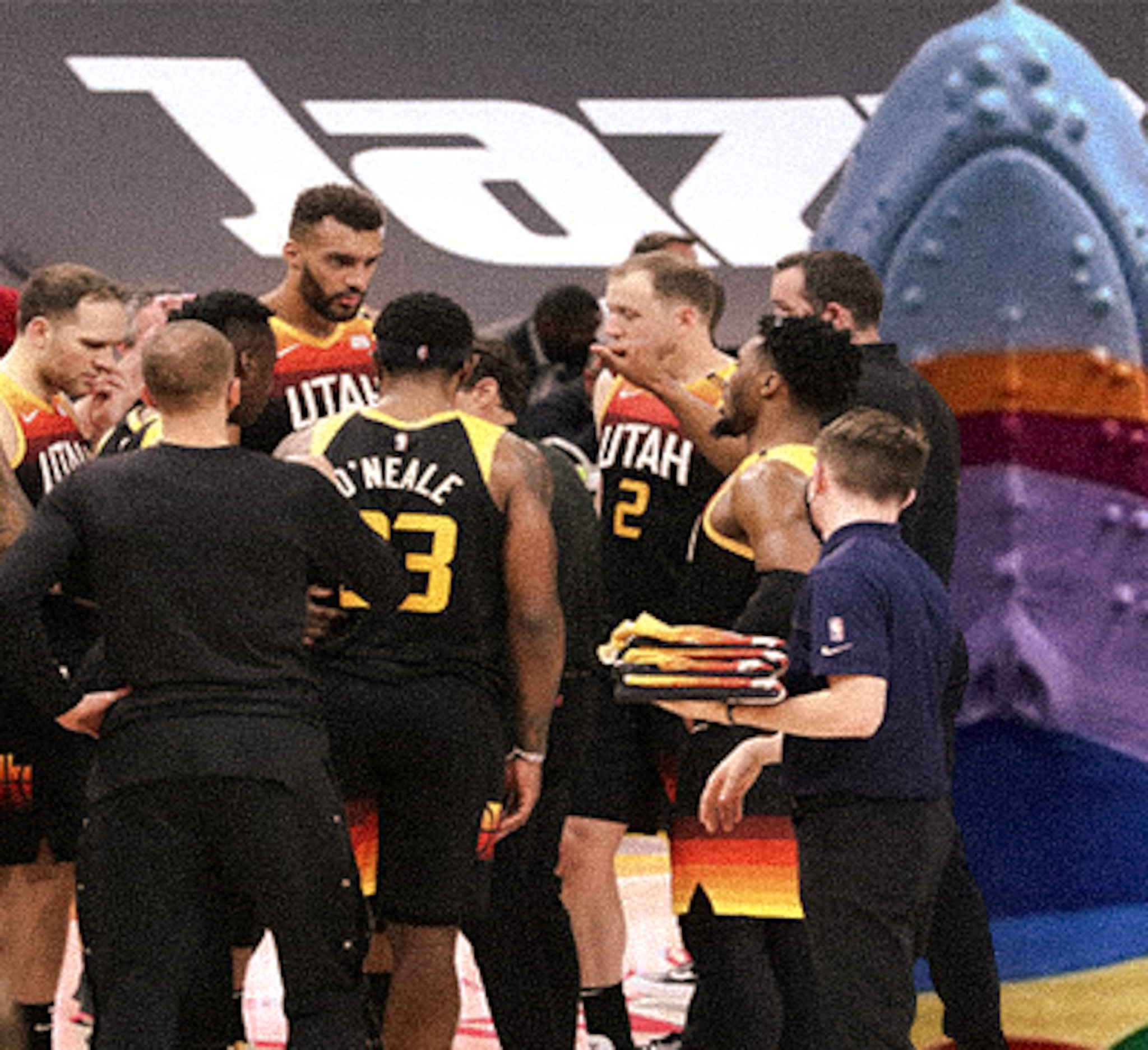 The Whale, shown here, first dealt with the team earlier in the year on a ten day contract.

After a disappointing tenure in Dallas, The Whale will return to Salt Lake City to join the Utah Jazz coaching staff.

The Whale, a fiberglass art installation, is said to have taken the job at the urging of friend and confidant, Alvin Gentry. League sources say Gentry believes the Whale could be a viable candidate for head coach should Quin Snyder be released next year. Gentry, no stranger to career maneuvers, took over the Sacramento Kings from Luke Walton under similar circumstances.

"We think the Whale has real toughness. Ever see a whale hunt a penguin? We need more of that around here," said Jazz CEO Danny Ainge.

The Whale, working in a defensive capacity, will attempt to shore up Jazz perimeter defense. Sources say The Whale is also a proponent of an experimental free throw shooting style where players bounce the ball off their nose.

"Why not, we've tried everything else," said team owner Ryan Smith.

The Whale will debut on the bench ahead of Game 4 against the Mavericks.