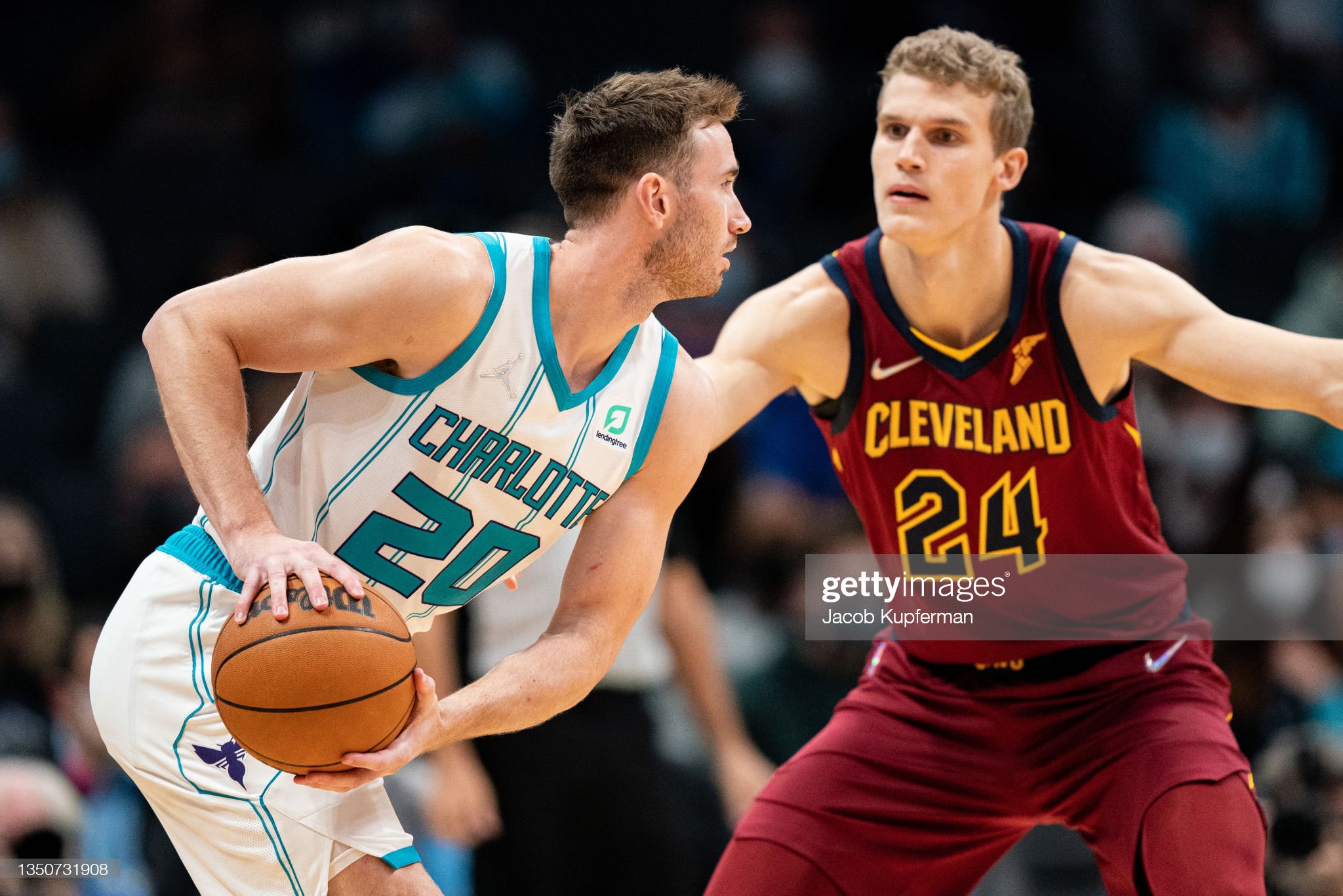 There is nothing better for a sports fan than when your favorite team has zero expectations... and then exceed said expectations.

Jazz fans saw this in the 2017-2018 season when rookie Donovan Mitchell led his team to the second round of the playoffs, just one season after all star Gordon Hayward up and left for greener pastures in the eastern conference. Nobody believed they could make the playoffs that year, and even the most delusional Jazz fan thought the best case scenario would be a 7 or 8 seeded playoff sweep.

Mitchell, who in hindsight should have won rookie of the year over Ben Simmons, took over for the void left by Hayward and made his mark both on and off the court, becoming an all time fan favorite in Salt Lake City.

Now, in the season following Mitchell and Gobert's trade, Lauri Markkanen has taken the hearts of Utahns and basketball fans everywhere, by unexpectedly blooming into a potential all star starter in his 6th season in the league. The once top contenders for the "Wembenyama sweepstakes" are now in a tight battle in the crowded western conference for a playoff spot. 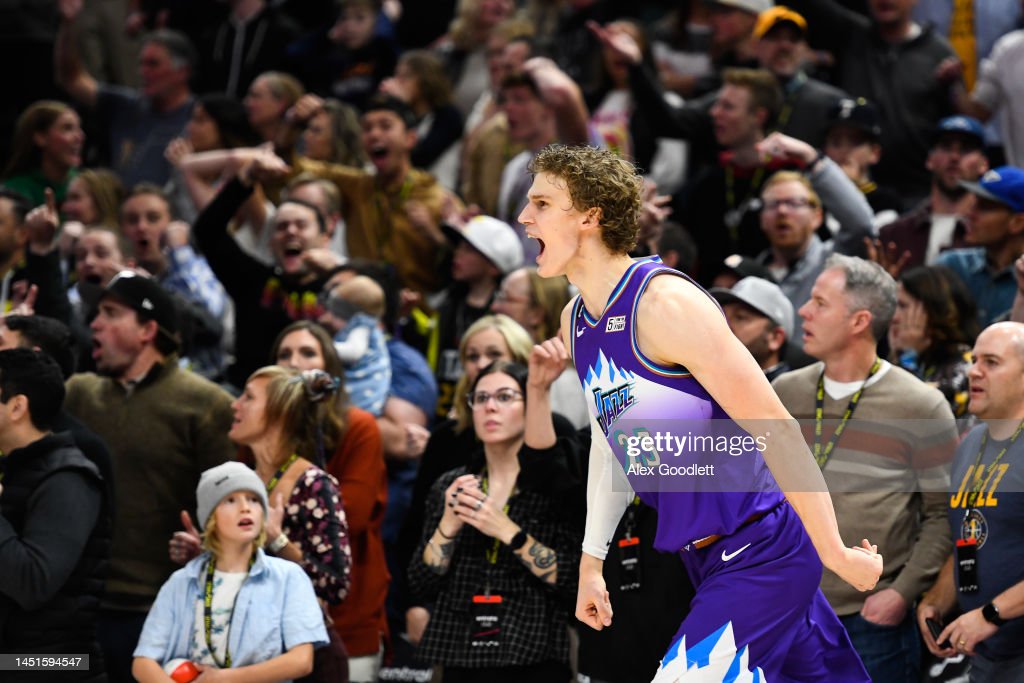 While Lauri isn't the long term answer for the Jazz, and any second now Danny Ainge could blow the whole thing up, right now Jazz fans can watch a curly haired, Finnish power forward dunk over the rest of the league.

As you look closer into Lauri's magical season, you can see more and more similarities with Hayward's lone all star year in Utah:

But who was the better all star?

People are quick to forget, but the 2016 off season was a big one for the Jazz. While the 2014-15 season showed signs of potential, the 2015-16 season was marked with disappointment as they missed the playoffs on the last day of the season, and then let a 37-year-old Kobe drop 60 points on them with the entire world watching.

That offseason the Jazz were a lot more active, trading for point guard George Hill, signing veterans Boris Diaw and Joe Johnson, and going all in on Rudy Robert, signing him to a 4 year $102 million contract.

It was also pivotal for Hayward, who was in his 7th season and coming up on contract year. While he had improved every season in thus far, it always felt like there was more to give. But was he good enough to give more?

In Hayward's contract year he averaged 21.9 points, 5.4 rebounds, 3.5 assists, and a steal a game, and snagged one of the last spots in the Western Conference All Star team. 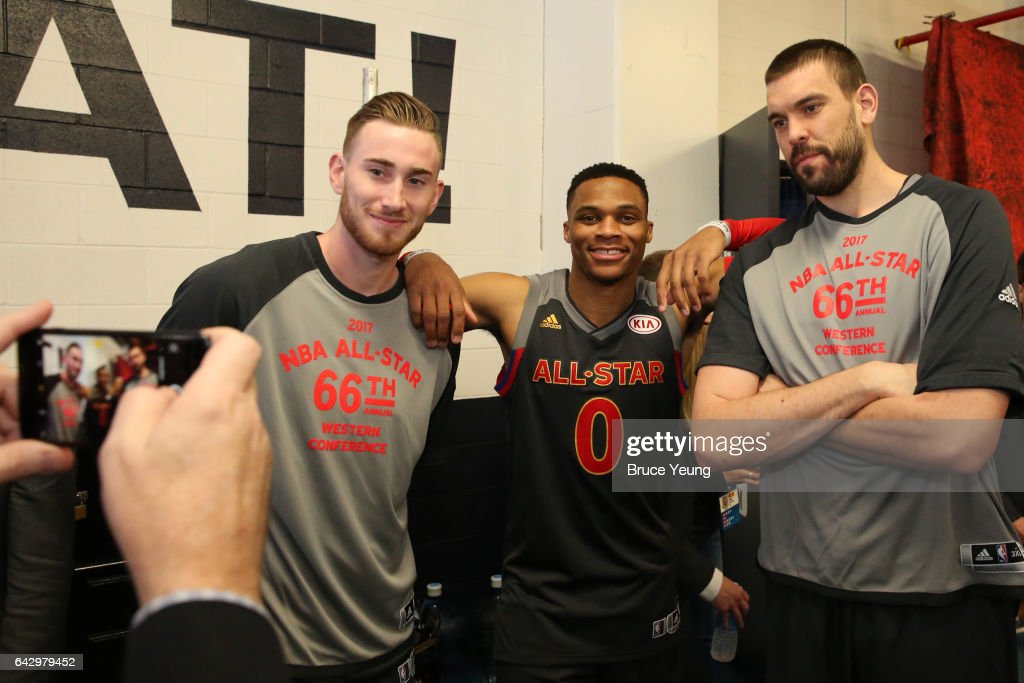 Not only did Hayward step up, but so did the Jazz.

Gobert proved he deserved his contract extension, George Hill had the best season of his career, and the veteran signings of Diaw and Johnson proved valuable.

This was also a gigantic season for Joe Ingles, who finished third in 3pt fg% and became a vital part of Jazz basketball for the next 5 years.

The Jazz finished with 51 wins and the 5th seed, matching up with the Clippers in their last year of the "Lob City" era.

Hayward (and the Joes, both Johnson and Ingles) quickly became the Clippers worst nightmare.

In his first playoff series since 2012, Hayward came out and averaged 23.7 points and 7.3 rebounds. It was a well played series highlighted by a 40 point performance in game 3 and a 26 point outing in a dominating game 7 win over LA. 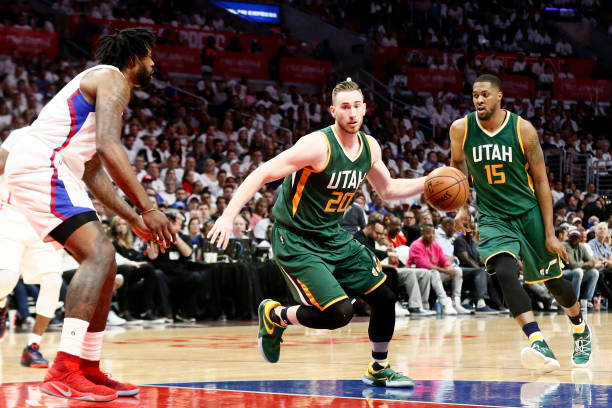 The Jazz inevitably got demolished by the greatest (yes, the greatest) team of all time in the Golden State Warriors, but Hayward had already done his job, and the rest of the league took notice.

He was the hottest free agent in the NBA that offseason (it was an off year), and eventually, much to the disliking of Jazz fans, joined his college coach in Boston and the rest was history (he became a decent wing who was injured more often than not).

In just one off season, the Jazz traded away three time all stars Donovan Mitchell and Rudy Gobert, three year starter, Royce O'Neal, and excellent scorer, Bojan Bogdanovic, all in hopes of obtaining draft picks and getting a shot at the 18-year-old French monster, Victor Wembenyama. 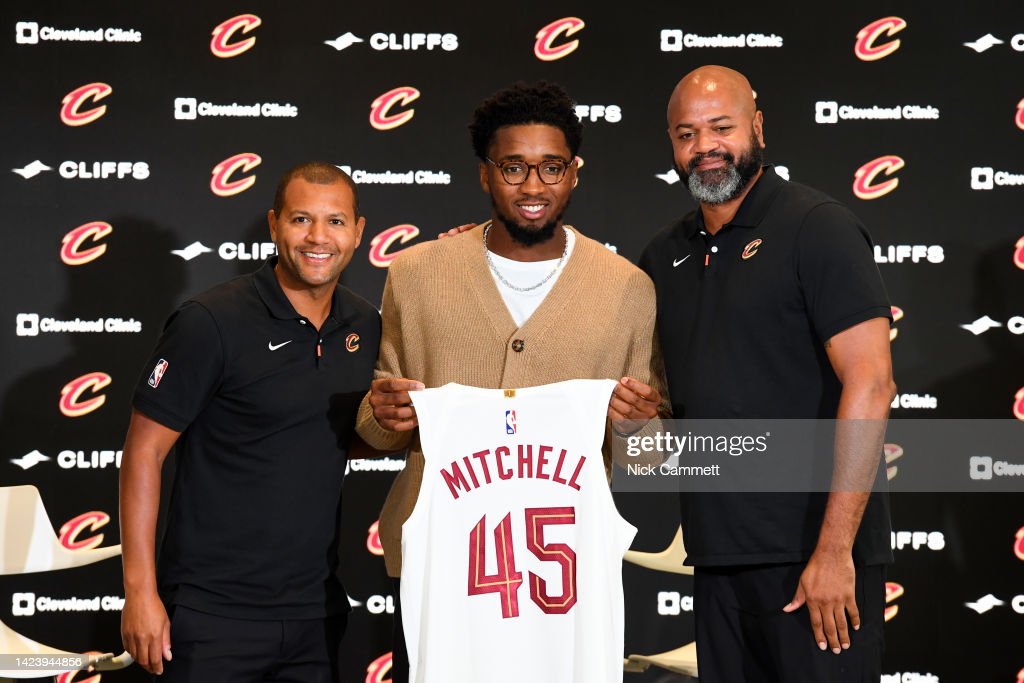 Donovan Mitchell was traded to Cleveland in exchange for Lauri Markkanen, Collin Sexton, Ochai Agbaji, and three first round picks.

Almost an afterthought in the Mitchell trade was the acquisition of Lauri Markkanen, who was in the same draft class as Mitchell himself, but never had the success of Spida.

While promising in his first two seasons, Chicago coaching struggles and an unfortunate spell of injuries led to Lauri's play digressing and stagnating, resulting in a trade to Cleveland where he once again faced injuries.

When the Utah-Cleveland trade went down, fans and media expected Colin Sexton to become the high volume scorer, not Lauri. Sexton had been a high scorer on a bad team before so it seemed like a perfect fit for him out west.

But to everyones surprise, the 6th year Finnish pro came out and averaged 25 points on a potential playoff team. 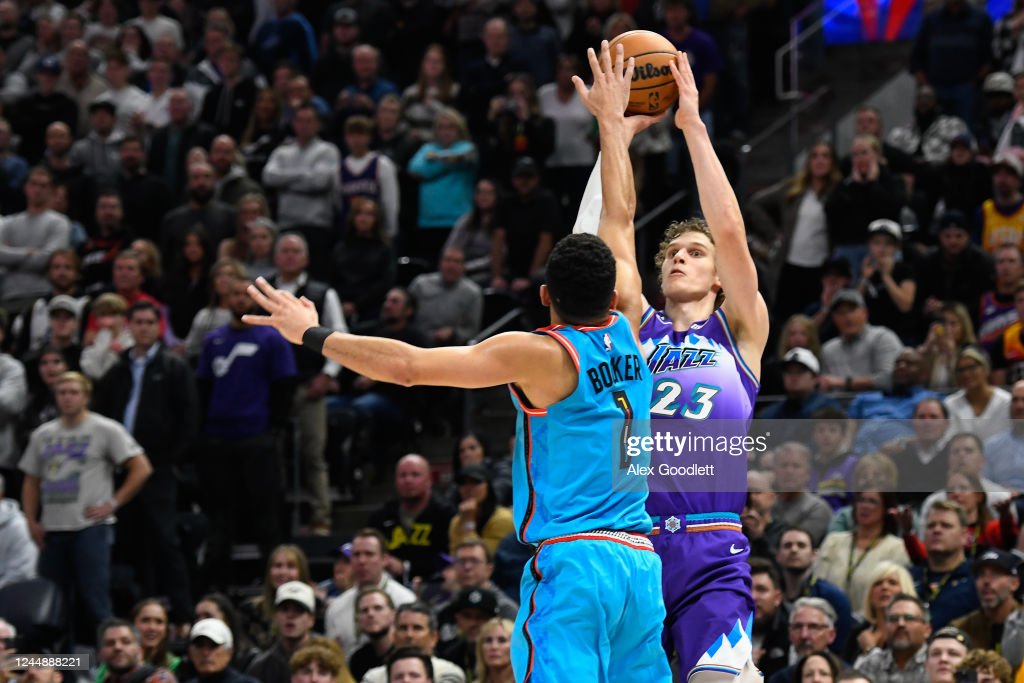 It seems like every week there is a crazy, excessive stat about Lauri that's comparing him to the greats. Check these out:

Do these stats mean anything in the long run? Besides the fact that they prove he is a top ten player of all time, no, they don't mean a whole lot. But it can provide perspective on the unprecedented type of season he is having.
The season is still going, and jury is out on whether or not the Jazz will make the playoffs, but for a team and player who were projected to finish bottom three in the league, this season is already a resounding success.
So Who's Better?
The Case for Gordon:
The Case for Lauri
The Winner is...
It's simple really:
If the Jazz manage to make the play in, Lauri is the better all star. If not, then Gordon Hayward should be rewarded and recognized for his excellent 2017 season, but Lauri might still take the cake. 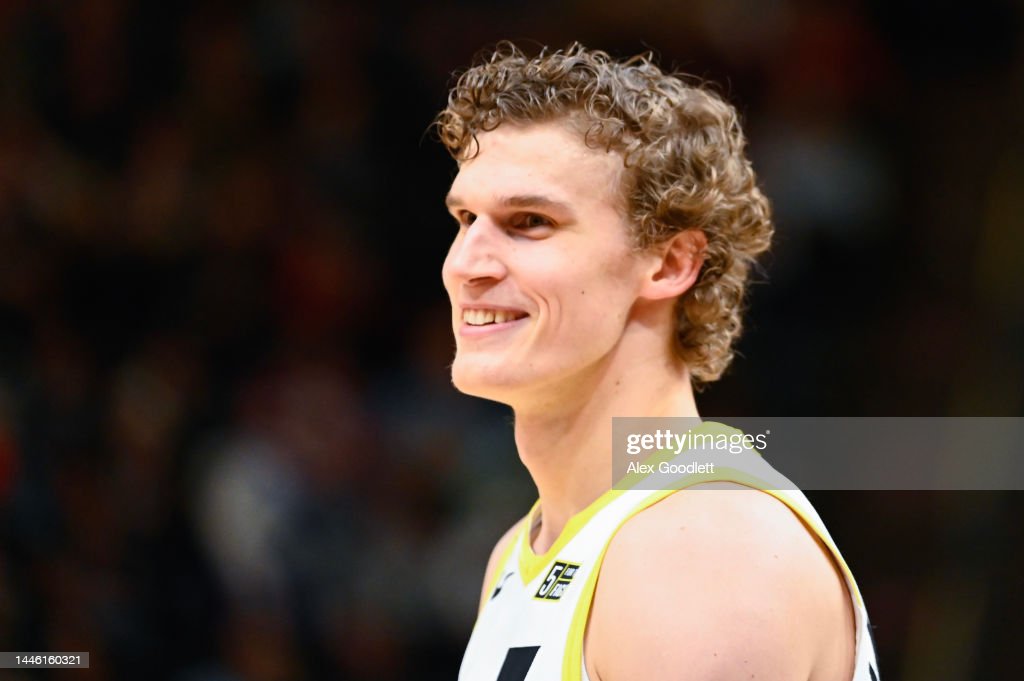 Lauri's efficiency is just too much to overlook, and that fact that this current team is even in playoff contention is a miracle in itself.
What really does it for Markkanen is his play as of late. If he can keep this up for the rest of the season, we could be talking an all NBA team. Something Hayward never sniffed.
How do you view these two all star seasons? Let me know what you think, and what are some of your other favorite Jazz or NBA all stars in the past.