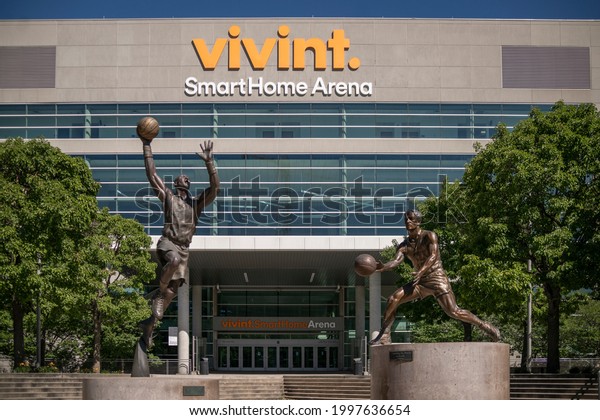 With news breaking of Vivint Arena changing its name back to the Delta Center, let's take a look at some of the best moments for the Jazz playing at Vivint (2015-2023).

Note: this is specifically Utah Jazz moments, so although UFC 278 and several March Madness games were hosted at the Vivint Arena, they will not be on the list. 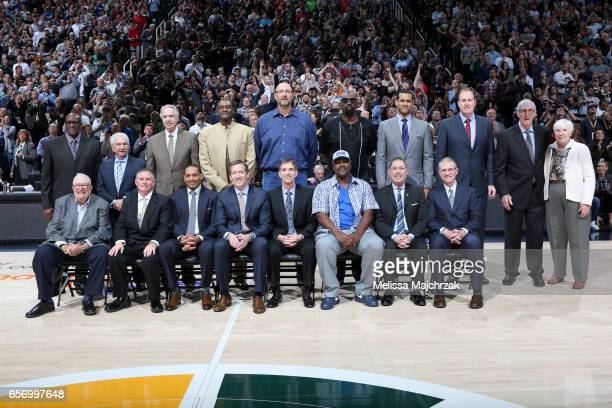 Talk about a blast of nostalgia. This night was an emotional one for Jazz fans as they were able to see all their favorite (and parent's favorites) players back together on the court. From the big names of Stockton and Hornacek, to Frank Layden and Antoinne Carr, almost everyone came back for this special night.

While the 1997 MVP wasn't in attendance, he made sure to leave a message for the fans that left everyone longing for the glory days, and hoping they could one day get another shot at the NBA Finals.

In addition to the amazing halftime event that took place, Rudy Gobert dropped his then career high 35 points to go along with 15 rebounds and 4 blocks in a win over the Knicks. One of his best performances in his 9 years as a Jazz man. 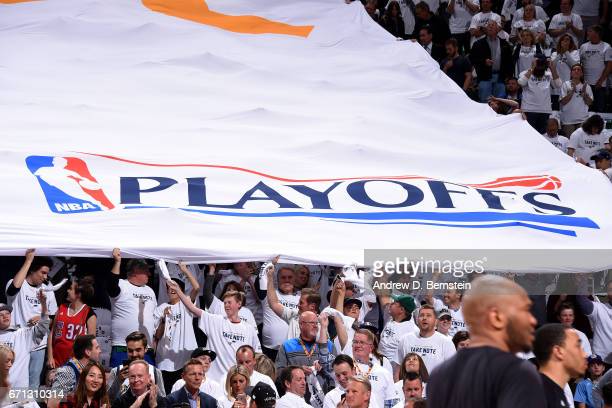 If this game had resulted in a Jazz victory, this would have definitely made it into the top five. But since fans left the stadium with their heads low, we'll put it in the honorable mentions.

This game marked the first playoff game in Salt Lake City since 2012, and fans were itching to watch some live playoff basketball. While the fans were the loudest they had been in 5 years, and Hayward dropped a 40 piece on Chris Paul and company, the Clippers ended the night victorious. But the Jazz would get the last laugh in game 7. 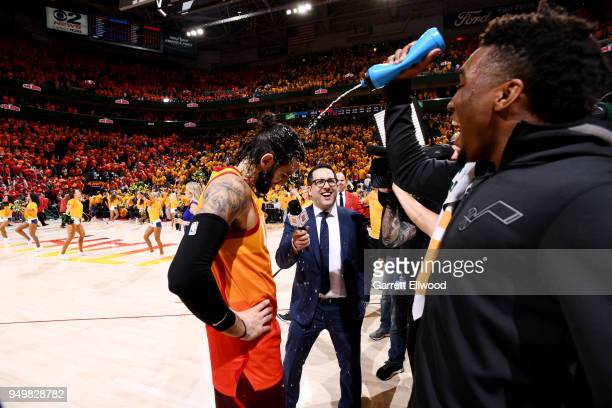 Why isn't this game called "The Ricky Rubio Game"?

Seriously. In a pivotal game three, Ricky dropped a 24 point triple double, highlighted by his deep, one legged, three point buzzer beater at the end of the third.

This prompted MVP Russell Westbrook to infamously guarantee he would "shut that s*** down,".

Spoiler alert: He did not.

The only reason this did not make the list, is because there is already a game from this same series in the top five. You probably already know which one.

Debut of the Beloved City Jerseys 2018 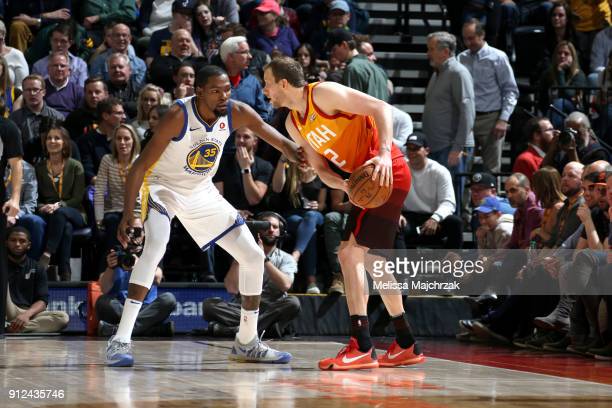 If fans had any skepticisms about these jerseys beforehand, after this game all doubts went out the window.

The Jazz rolled out these sunset jerseys against the greatest (yes, the greatest) team of all time in the Golden State Warriors, and beat them by 30 points on the even more beautiful city court.

This was the maiden voyage of one of the best jerseys in NBA history (no really, take a look at ESPN's rankings of the best 74 jerseys ever). It was also the start of a realization that the Jazz did not lose when they wore these Jerseys. When they wore them, they won. A lot. 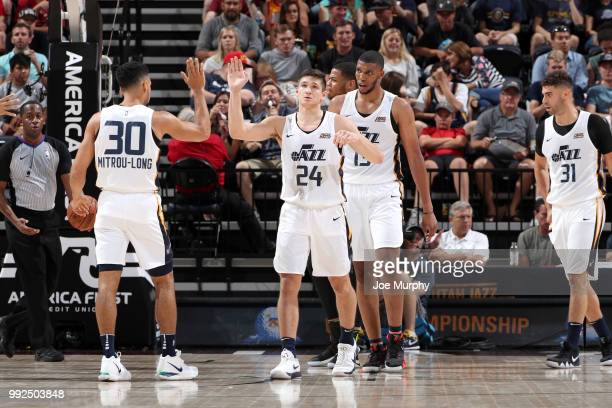 While there were some amazing moments for basketball nerds over the years, like Grayson Allen and Trae Young going at it, and people gawking over the seven foot phenom Chet Holmgren, there wasn't a specific moment in here that could be put it in the top five.

Donovan Mitchell stealing Jayson Tatum's cookies, clapping in his face, and then making him fall down on the very next play (this was the day after Hayward signed with the Celtics, so animosity towards the C's was at an all time high), was definitely the best part of the Salt Lake City Summer League, however it took place at the Huntsman Center, not Vivint. 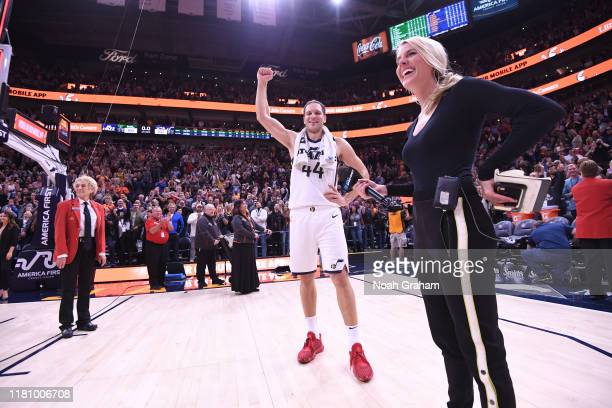 In just his ninth game with the Jazz, Bojan quickly became a fan favorite with his 33 point performance against the league MVP Giannis, and title favorites Milwaukee Bucks.

With 1.3 seconds left in the game, the Jazz could have gone to any of their shooters, including Conley, Mitchell, and Ingles, but Coach Quin drew up an amazing inbounds play that freed up Bojan for the nothing but net three point buzzer beater. Fans erupted and Bojan was etched into Jazz history.

Interesting fact: This was the only Jazz game winning buzzer beater during the Vivint era. They had four others during the time span, but were all on the road. 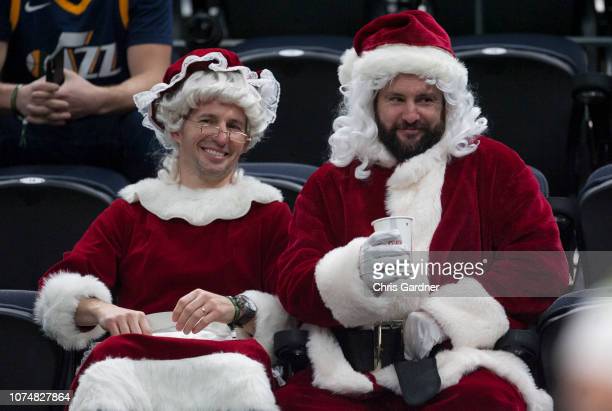 After rookie Donovan Mitchell took the league by storm in 2018, the Jazz were rewarded with their first Christmas Day game since 1997. Yes, it might have been the last game of the day, the one that nobody watches, but it was still a big win for the fan base.

The Jazz stomped the Blazers in what ended up being a turning point for the somewhat lackluster season up to that point.

In a 21 point win, the Jazz had seven players score in double figures, highlighted by Rudy, who finished with 18 points, 14 rebounds, and 7 blocks.

This was also the first time wearing the green "Earned Jerseys", a more underrated Jazz jersey of the last decade. 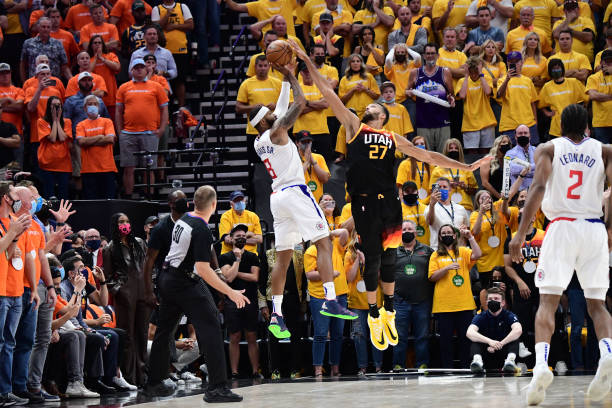 This one stings a little if you know how the series ends, but the more you contemplate the surrounding elements of the game, the harder it is to leave it off the list.

This was the first game where the arena allowed for full capacity after COVID 19. After a year of fans waiting for live Jazz basketball, not only did they get it, but they were gifted a second round playoff thriller.

Fans were vaccinated, fans were safe, and for the first time in a year for some, fans were happy and relieved.

The game ended with an amazing Rudy Gobert swat on Marcus Morris' potential game tying three pointer. For a fan base who had to wait over a year to see a live performance of any sort, this was the best possible outcome that could have happened. 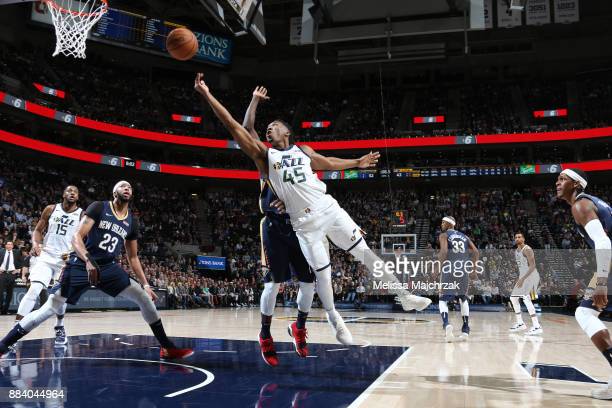 For just the first time since Blake Griffin, a rookie dropped 40 points in an NBA game, and Mitchell did it with style, performing a myriad of complicated layups, and earning multiple and-1s late in the game to seal off Demarcus Cousins (bet you forgot he was a good player on the Pelicans at one point in time).

This was Mitchell's coming out party, and he earned Rookie of the Month every month after this performance. He even scored 40 plus again against the Suns later that season.

This truly was one of the best rookie scoring seasons in modern NBA history.

For a fan base that lost their star player that off season, had to deal with a rough start to the season, and saw Gobert go down with injury early on, this game proved that there wouldn't be dark days for long. 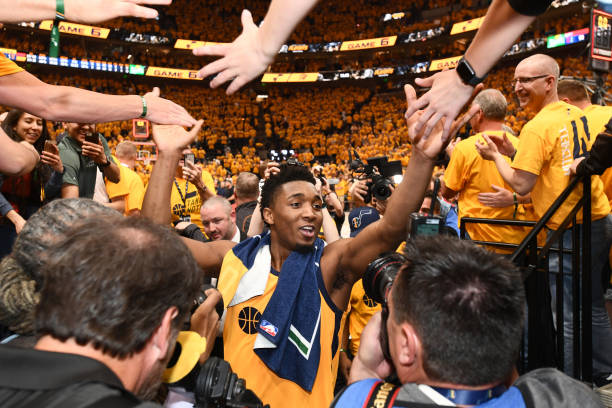 How could it be anything else?

The image of Donovan and Quin aggressively hugging after the game with a sea of yellow shirts and confetti in the background is permanently engrained in the minds of Jazz fans, and rightfully so.

Once again, rookie Spida saved the day and scored 38 points to send the Jazz to the second round of the playoffs. This team had no playoff hopes at the beginning of the year, yet here they were, led by a rookie, a Spanish model, an Australian plumber, and the tallest man in France.

While this era of Jazz basketball didn't end with rings and glory, fans can look back at smiling Donovan, and be reminded the joy that basketball brings.

Let me know what your favorite moments at Vivint were, and what are you looking forward to at the Delta Center?