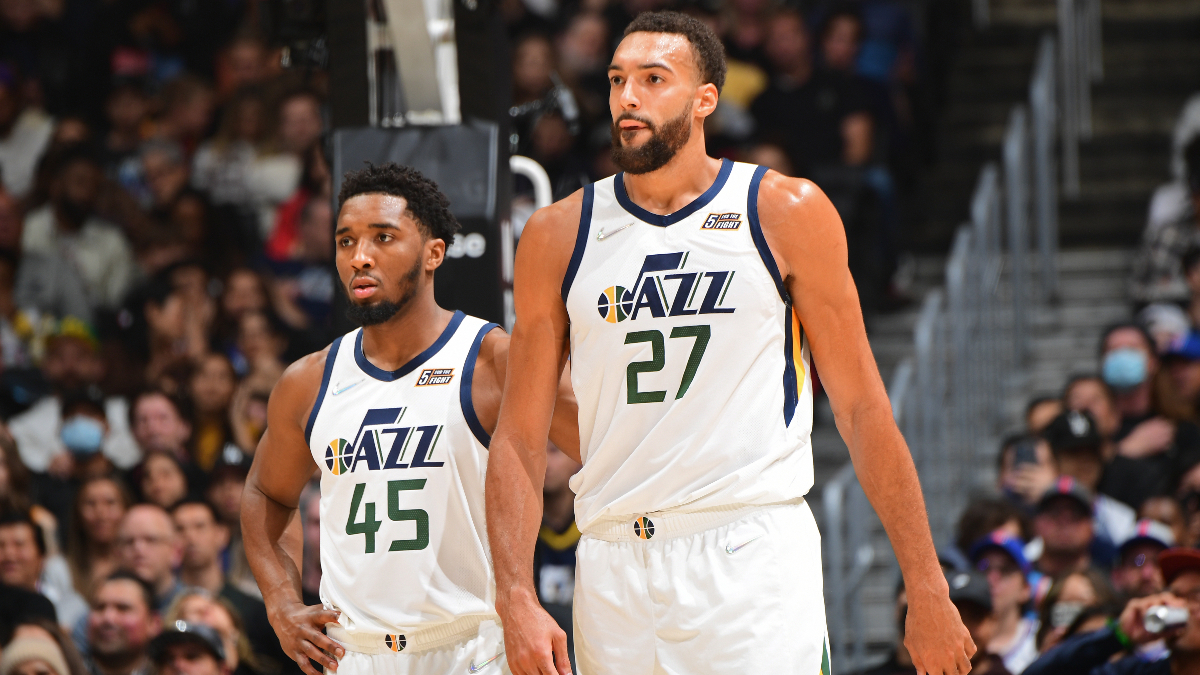 The Utah Jazz have gotten off to a surprisingly decent start. They spent the last offseason in full teardown mode, parting ways with longtime coach Quin Snyder and trading Donovan Mitchell and Rudy Goebert, their two best players, for packages of young players, roster filler and future draft assets. By all rights they looked headed for a prime slot in the NBA draft lottery and a decent shot to get the top pick and nab generational talent Victor Wembanyama or consensus second pick Scoot Henderson.

Lo and behold whatever plans the Jazz had to "tank" hit a snag. They won 10 of their first 13 games before leveling off and going 12-21 since. Still, that overall 22-24 mark puts them into the NBA play-in game zone. They are just 1.5 games behind the Clippers in sixth and a guaranteed playoff spot, but also in a virtual tie with the Suns and fellow would-be tankers Oklahoma City for the last play-in spot. The Lakers lurk just behind and they clearly want a playoff spot and not a lottery ticket that they owe to New Orleans anyway.

Thus oddsmakers do not consider the Jazz much of a threat to win the NBA title or get too far in the playoffs if they even get there at all. Caesars Sportsbook has the Jazz +20000 to win the title, +12500 to take the West and +4500 to capture the Northwest Division. New customers can take advantage of a generous first bet free insurance welcome bonus by using the promo code at Caesars Sportsbook. Sign up, deposit and place a bet. If the wager wins, the money is yours. IF the wager loses, Caesars will replenish your account with risk free bets up to the amount of the first bet, with a maximum of $1250.

While the Jazz are exceedingly unlikely to hit on any of their longshot futures, they will easily eclipse their pre-season win total over/unders. They went out at about 24.5 wins.

What has gone inadvertently right for the Jazz? They did very well in the return packages on their big trades, especially the Mitchell trade. They got back unprotected first round Cavs picks in 2025, 2027 and 2029, two more potential first round pick swaps in 2026 and 2028 plus three players, Lauri Markkanen, Collin Sexton and rookie Ochai Agbaji.

It is a classic win-win trade. Mitchell has gotten even better at age 26 and now leads a young team that will be a serious title threat going forward. On the Jazz side, the big "get" was the draft capital but the actual players have done well, Markkanen especially. He is averaging 24.6 points per game, on 52% shooting, and 41.4% shooting on threes, all career highs. Plus he’s pulling down 8.6 rebounds per game. Markkanen’s advanced stats look great too. His True Shooting Percentage ("what a player's shooting percentage would be if we accounted for free throws and 3-pointers") is a career best 66.4%, ninth in the league among guys that have played at least 20 minutes per game. Markkanen also has a Real Plus Minus (Player's estimated on-court impact on team performance, measured in net point differential per 100 offensive and defensive possessions) of 5.01, good for 17th in the NBA. When you convert that to "Wins", which factors in RPM plus how much he has actually played, Markkanen is seventh in the league with 8.74 Wins. The guys ahead of him include the three runaway MVP leaders, Luka Doncic, Nikola Jokic and Jason Tatum, plus LeBron and the guy he was traded for, Donovan Mitchell. Markkanen has a good shot to make the all-star game and also a co-favorite in a betting prop, namely NBA Most Improved Player Award. Here are the top choices over at Caesars.

While Markkanen has really elevated his game in this his sixth season, he did not come out of nowhere as he entered the league as the seventh overall pick after a big season at Arizona.

Sexton, himself a lottery pick, has played well also after missing all but 11 games in 2021-22 with an injury, He is averaging 14.2 ppg on a career best 60.7% TS%. Also contributing to the positive vibe in Salt Lake City is Jordan Clarkson. In his ninth year in the Association, Clarkson is putting up 21.1 PPG, 4.2 RPG and 4.4 Assists Per Game, all career highs. Rookie Walker Kessler has been a real find with a sparkling 70.6 TS%, albeit in a shade under 20 minutes per game.

Advanced stats sites expect the Jazz to keep playing at this level. FiveThirtyEight projects Utah to finish at 42-40 with a 57% chance to make the playoffs. ESPN BPI has the Jazz at 40.1-42.9 with a 31.5% playoff shot. The big question is what the Jazz do as the trade deadline approaches. Do they try to sell high on Clarkson or even Markkanen? Conversely they now face steep odds to get a good lottery pick if they miss the playoffs, so maybe the Jazz change course and try to add a useful player or two.

The strange thing about this Jazz season is that they went into "sell" mode originally because they clearly felt the team did not have championship upside and perhaps they would end up on a treadmill between play-in level and just missing the playoffs. They averaged just under 50 wins in the last five seasons, adjusting a little for the shortened 2020 season. They made the playoffs every year, losing in either the first or second round, After trading Gobert, Mitchell and their third best player, Bojan Bogdanovic, they are not all that much worse and could easily slide into a late playoff seed and early round loss. The future looks bright, but the present remains very middle pack.