Clearly this is in our advantage. Not having Earl Watson around sucks, but he's getting close. After all . . . 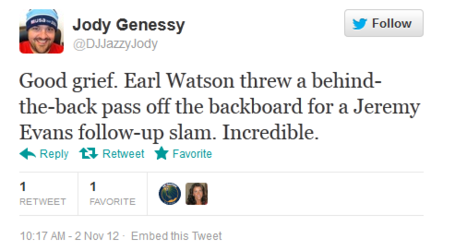 But he's not here yet. Raja being out is for the best. We wouldn't want there to be competition for Randy Foye 's minutes after all. No Gordon means we have one huge weapon we don't have to worry about. (Of course, other guys step up to burn us with regularity -- Ryan Anderson and Jason Smith are going to cause enough problems)