For some players, this is the top of the mountain. For Dante this is only the first step on his journey.

The Utah Jazz were so certain the Dante Exum would not be available at the #5 spot that they had even started priming the fan base to fall in love with Aaron Gordon. (Sometimes reality is stranger than fiction!) It was either a combination of our collective luck, or a case of a few NBA General Managers not doing their homework, but Exum was available to the Jazz at #5 -- and they did not hesitate to take him.

So many people were cheering wildly for this Australian kid at the Barclay's Center -- it was the craziest feeling to see big market fans (many who had traveled from Boston and Philly) in New York to be cheering for a Jazzman. Exum is only going to be more and more familiar with that type of thing as his career progresses. I think the last time a Jazz player got cheers outside of Utah was when the Sacramento Kings cheered for John Stockton over a decade ago.

After the draft formalities ended (which for Exum included taking questions from people like me and other Jazz loud mouths) he and his entourage went out to paint the town red. No, actually that's not what happened. He, his family, and some close friends went to a place called The Australian Bar and Restaurant and celebrated this amazing achievement!

(For you creepers out there, here's the google maps directions from Barclay's to there.)

This party was thrown by the good people over at Red Bull, Dante is part of their high performance team. Other members of this team are Blake Griffin, Anthony Davis, Harrison Barnes, John Wall, and our wayward son, Deron Williams. For the most part all of them play in Big markets (TM), except for Davis. Is this something Utah Jazz fans should worry about? No. Is this something they will worry about, though? Yes.

Anyway, here are a few of the pics from the after party that that I think you may enjoy. 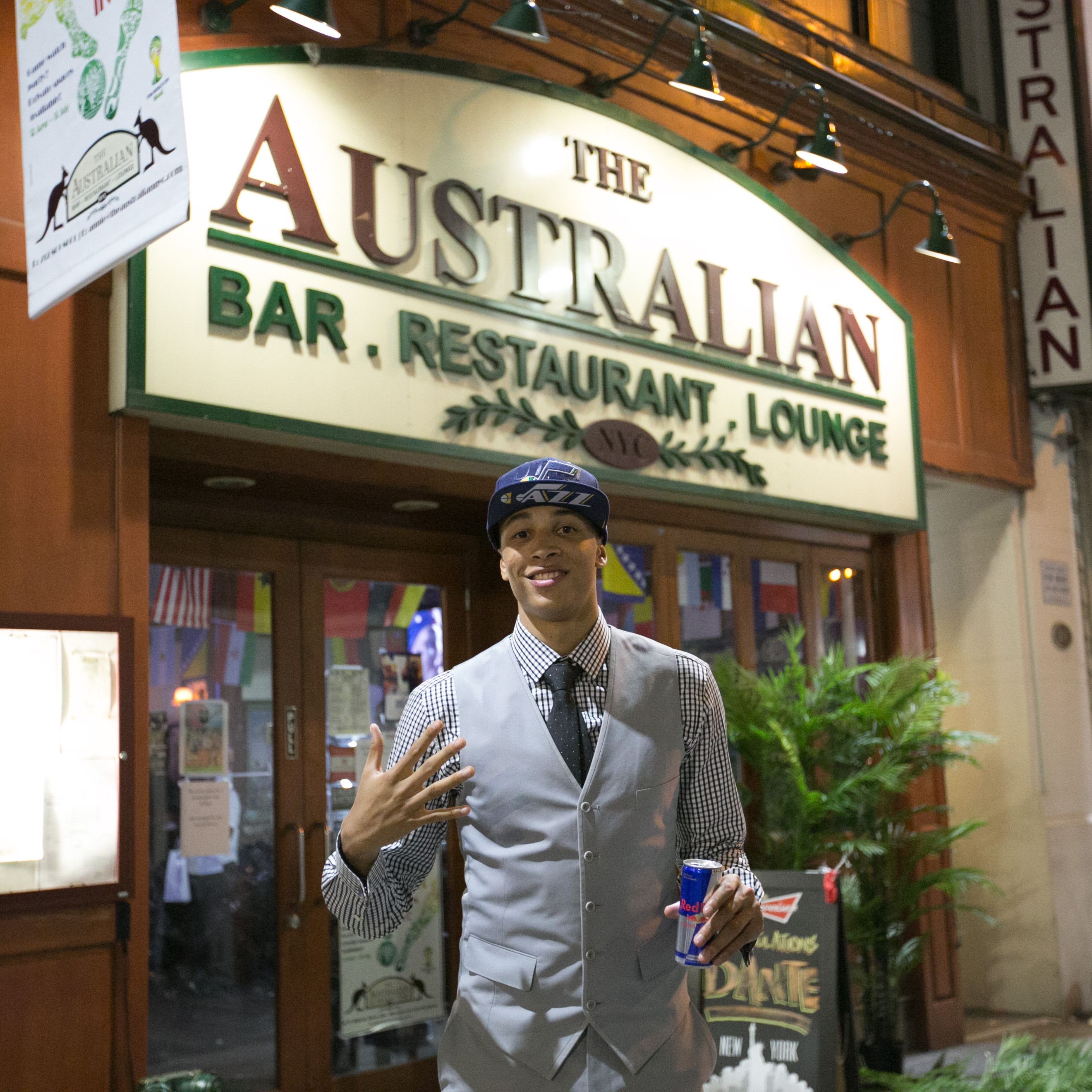 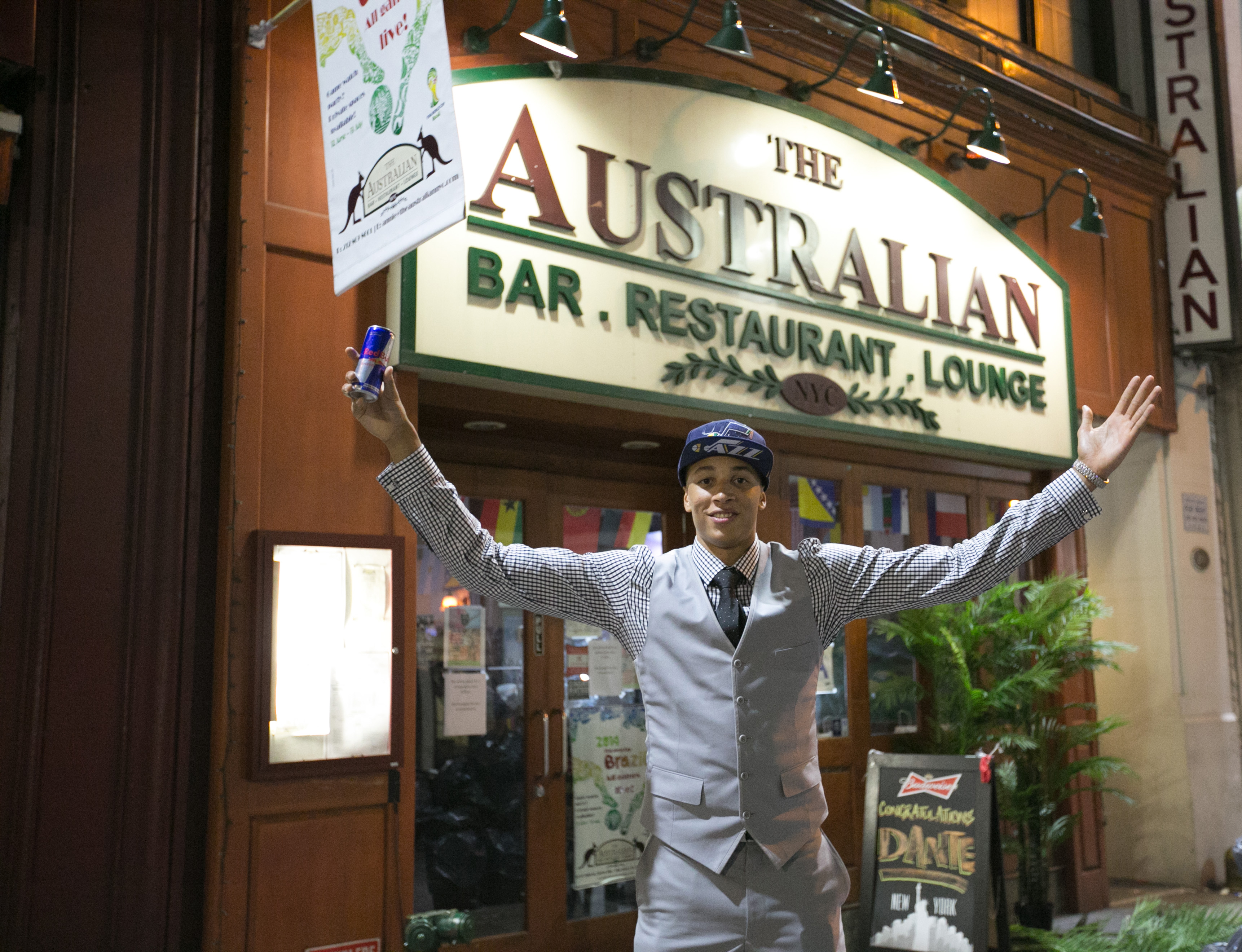 "It's my party, and most of my mates are on the other side of the world!" 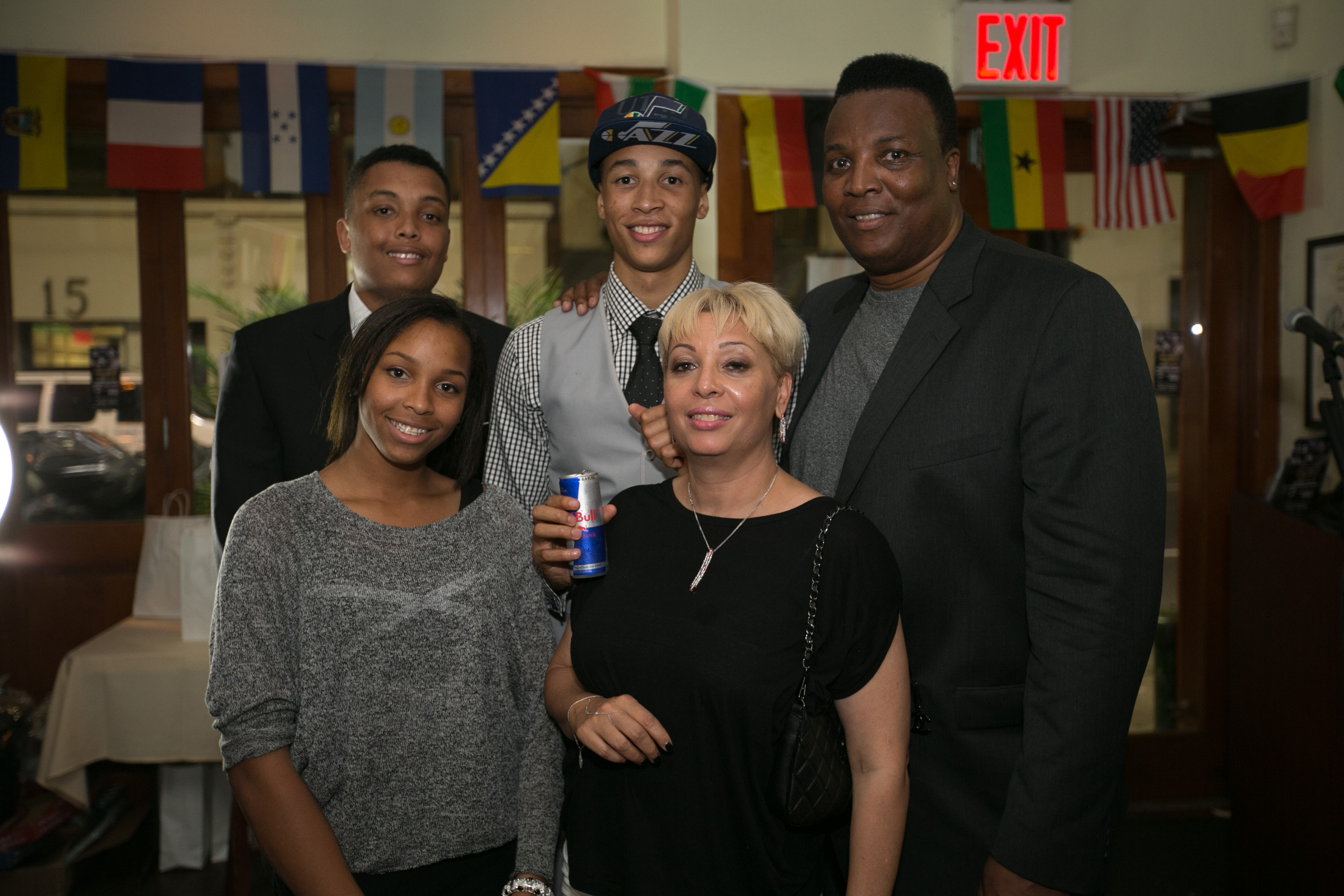 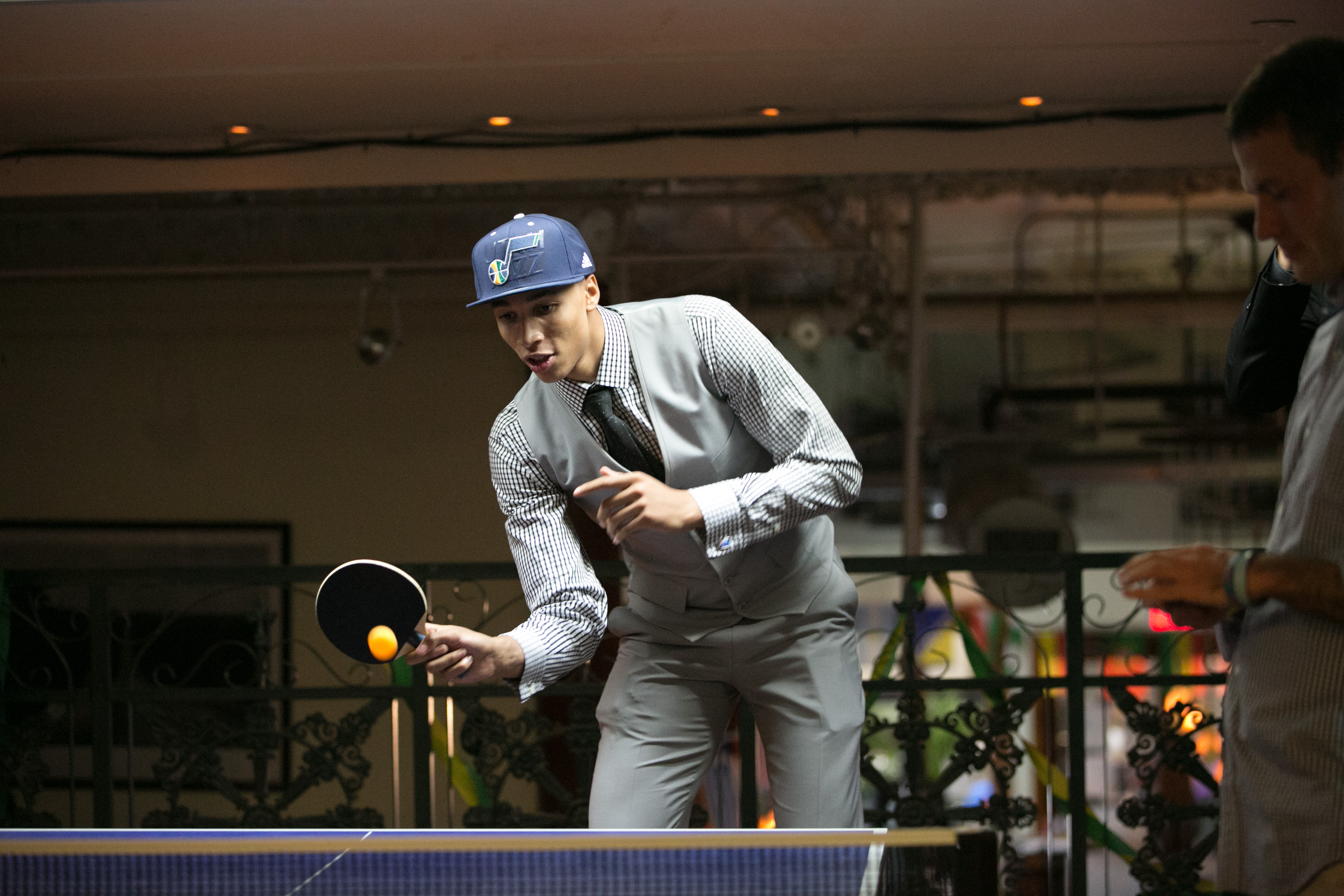 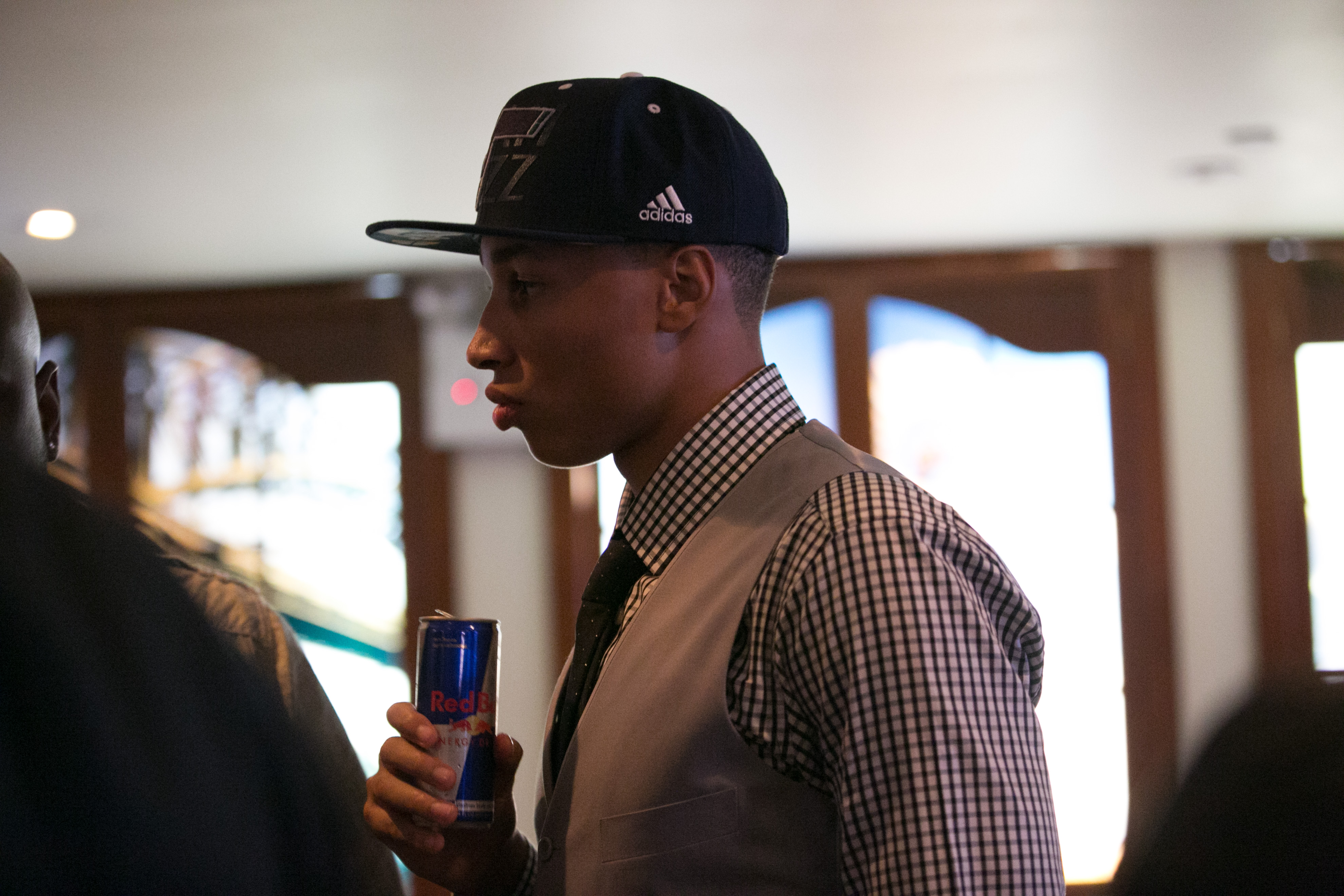 This is not product placement. 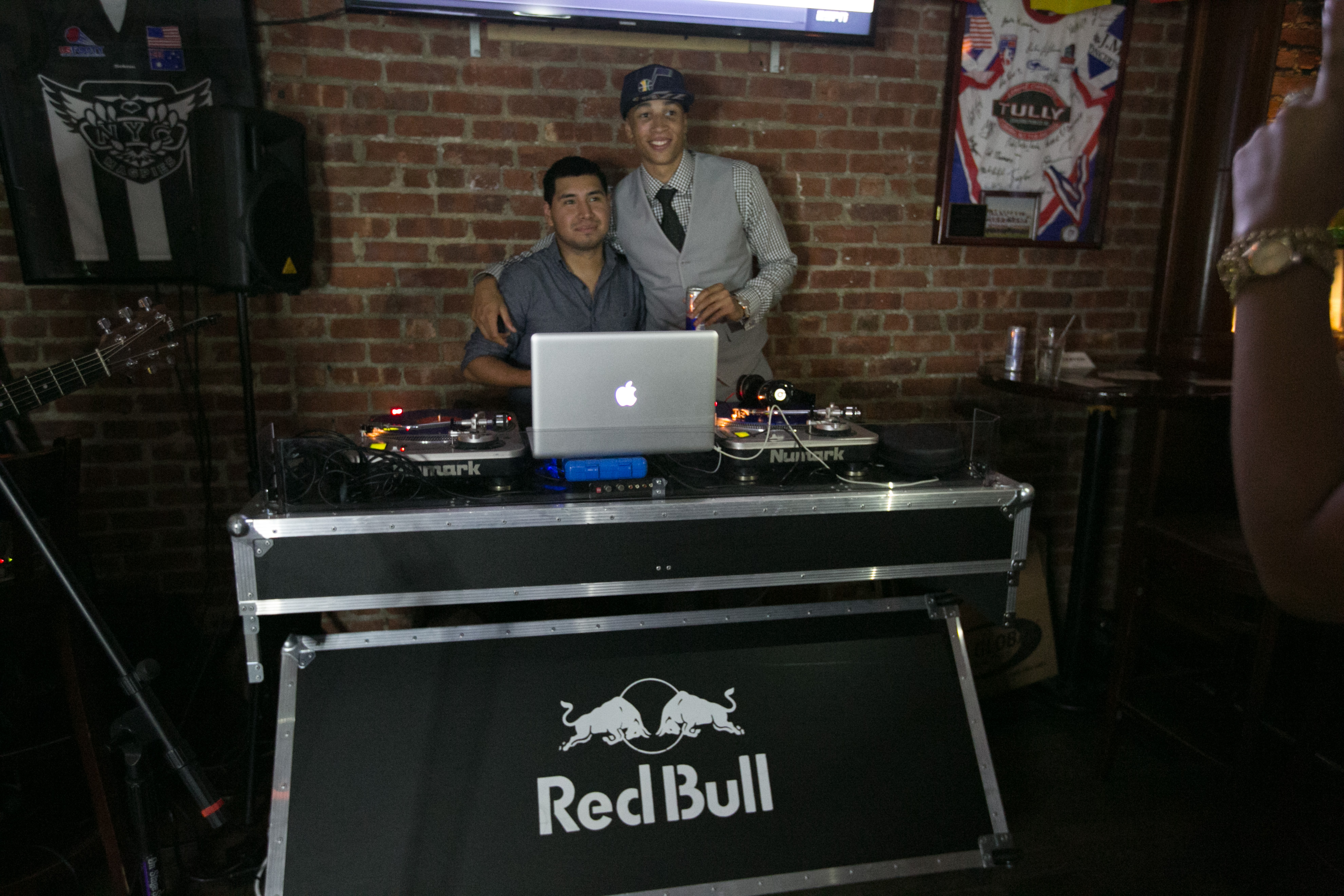 HOW CAN WE SLEEP, WHEN OUR BEDS ARE BURNIN' !!

".... so then the fat Indian guy asked me about the Utah Jazz offensive struggles last year ..." *

Thanks Red Bull and Dante for sharing some of your party with us. Soon enough it will be time for work!

And we know few work as hard as you do!