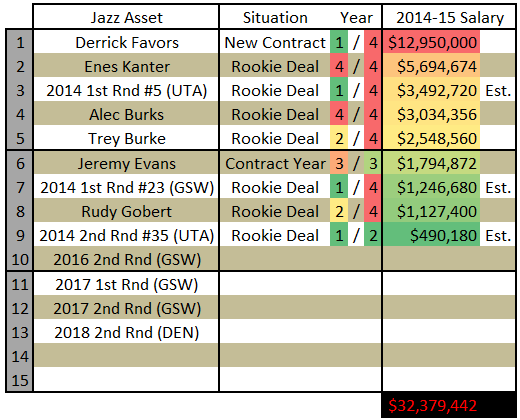 These players and picks are ours right now, and on the books for the upcoming NBA season. (Birds in hand) Not everything has a fixed value right now (future picks for example), and as the BRI for next year hasn't been reported, the values for the 2014 NBA Draft picks are estimations based upon the 2013 values. Furthermore, I fully well expect Jazz General Manager Dennis Lindsey to make at least one trade on draft night. But as it stands right now, these are the things we have that we could use in trades.