NBA Free Agency 2014: LeBron James to pick Cleveland Cavaliers -- and what does this have to do with the Utah Jazz?

Share All sharing options for: NBA Free Agency 2014: LeBron James to pick Cleveland Cavaliers -- and what does this have to do with the Utah Jazz?

So, LeBron James has decided to re-join the Cleveland Cavaliers, saying goodbye to South Beach, and the rest of the Miami Heat organization. 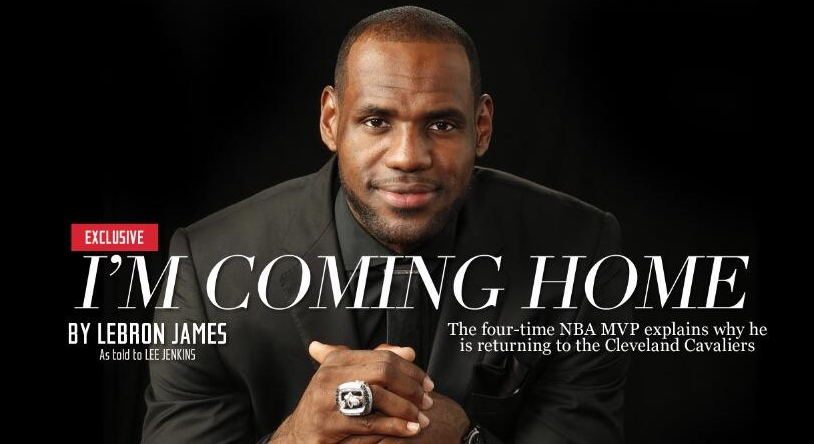 LeBron James announces on SI that he's returning to Cleveland.

So the guy who was enemy #1 is returning to the team that drafted him. Does this mean that players can "come home"? Or is this just a power move because Cleveland could possibly be a contender? Who is the guy in franchise history who we really hate the most, but was a good player here? (No Derek Fisher here) Is there any chance we'd ever bring him back? Would the Utah Jazz ever work it out with Deron Williams, or Andrei Kirilenko? I'd love to see Andrei back and retire in a Jazz jersey in a few years. Also, most fans don't hate AK-47, just the old front office didn't love his contract (that they themselves gave him). I don't know if Deron Williams will ever be necessary now that we have Trey Burke and Dante Exum. The only other guy who really burned some bridges is Carlos Boozer . . . and he could be available.

You in for some Booz?

LeBron to Cleveland makes them a contender for sure. I don't think bringing back Boozer or D-Will does that for us. But if there is a greater message in this issue it's that you can't say never in the NBA. LeBron back in Cleveland is proof of that concept.