The Utah Jazz have a few players under contract now, 11. Point guards Trey Burke and Dante Exum. Wings Alec Burks, Gordon Hayward, and Rodney Hood. And, of course, our bigmen Trevor Booker, Rudy Gobert, Steve Novak, Enes Kanter, Jeremy Evans, and Derrick Favors. You already know all of that. What you may not know is that those 11 players are represented by only eight agents. What about our non-guaranteed guys Erik Murphy, Ian Clark, John Lucas III, and Malcolm Thomas? Those guys are repped by four different guys -- but some of them share agents with guys under contract.

And yeah, what about the players rumored to be on our radar, like Toure' Murry? Same deal.

And, of course, the players Jazz fans have been talking about independent of rumors? You guessed, it, most if not all have are repped by guys who also rep people on the team.

I broke it down, so you don't have to search for this info out there. 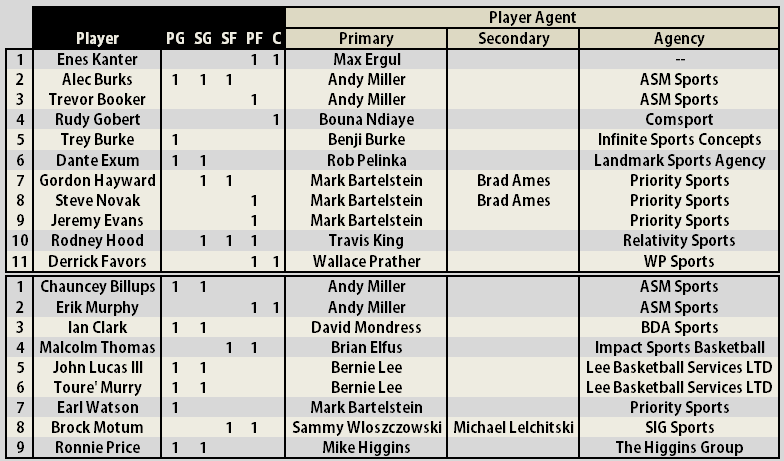 Thanks for visiting SLC Dunk -- a great site for great fans.