Because people need to know the facts.

The first time during the 2014 Free Agency period that I had to update the Utah Jazz cap situation was after the earth shattering Steve Novak deal. Now that we have numbers for the Gordon Hayward deal we can add those in as well and update all that hard work I did a few days ago! Woj reported the numbers as $63 million over 4 years. He also adds that the fourth year is a player's option, and that there is a 15% trade kicker to be included. Nate Duncan, of Basketball-Insiders, filled out the rest of the money by year. And AllThatAmar, who was supposed to go to bed like 3 hours ago, filled it in with all of the other Salary info you need. 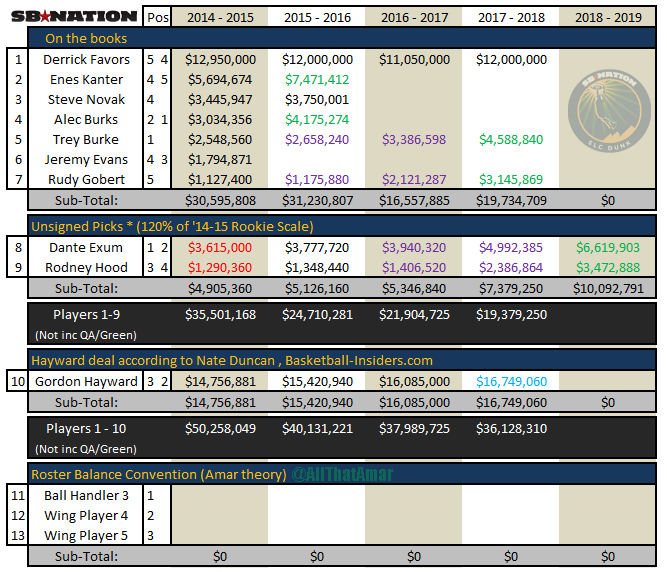 Gordon pushes the Jazz 'on the books value' to $50.2 million after we match him, and sign the rooks. Anyway, the Jazz still have millions in cap space to fill out three spots. They will have exactly $6,621,951 to $12,941,951 to spend on these remaining three spots. Which is enough.

Anyway, if I'm wrong about this stuff -- tell me, and I will correct it and give you credit. I'm not like some other people online who can't admit to being wrong about things.