The Jazz are keeping Clark, roster now stands at 13 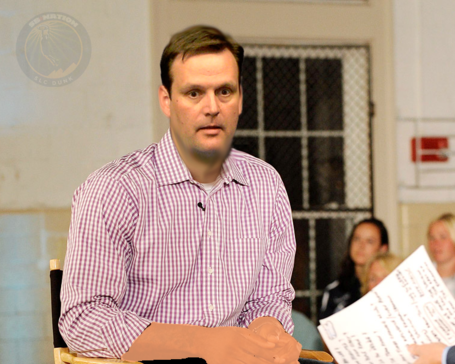 Well, the decision was made, and the Jazz are going to keep Ian Clark. This was a situation where no news would mean he stays as the deadline was August 1st. (yesterday) If there was news it would have been an official statement that Clark is not returning. We're a blog. Jody Genessy of the Deseret News is a Newsman. So he actually went ahead and got the confirmation. READ HIS ARTICLE ON THIS SUBJECT HERE!

Here is an excerpt though, for you lazy people:

The Utah Jazz decided to keep Ian Clark around for another year.

With a Friday deadline looming, the Jazz opted to not waive the 6-3 combo guard, making his contract of just over $816,000 guaranteed for the 2014-15 season.

With Clark on board, the Jazz now have 13 players with guaranteed contracts heading into Utah coach Quin Snyder's first campaign. That leaves two spots open on the roster with two months left before training camp starts in October.

The Jazz will be able to extend a qualifying offer to Clark next offseason, making him a restricted free agent if they so choose.

Yes, this is awesome news. So with 13 roster spots we can supposed that for the sake of Flexibility (pause, bow head, and make sign of "F" across chest) the Jazz will keep one roster spot open. So there's one spot "left". They don't have to use it as they have reached both the roster slot minimum (13) and the 90% of the salary cap minimum with this non-move. Well, it also is a sorta-move because it sorta prevents Clark from being a Free Agent this year. So that's good.

Ultimately, though, I think it is a good decision. And I am glad to have Ian Clark back for at least another year with our squad. At worst he provides depth. At best he can one day be a rotation player. At less than $1 million ($1 million the team needed to spend anyway) it's another solid move by Dennis Lindsey.