As per an article from the homepage of his former team, it is pretty obvious that Raul Neto is moving on. He's just not moving too far. His previous team, for the last three seasons, was in San Sebastian, Spain; and his new team is going to be in Murcia, Spain. Sure, there will be differences from Basque country to the South East coast of Spain (only a short boat ride from Ibiza) -- but it's still Spain. You can make this trip by car in one day. 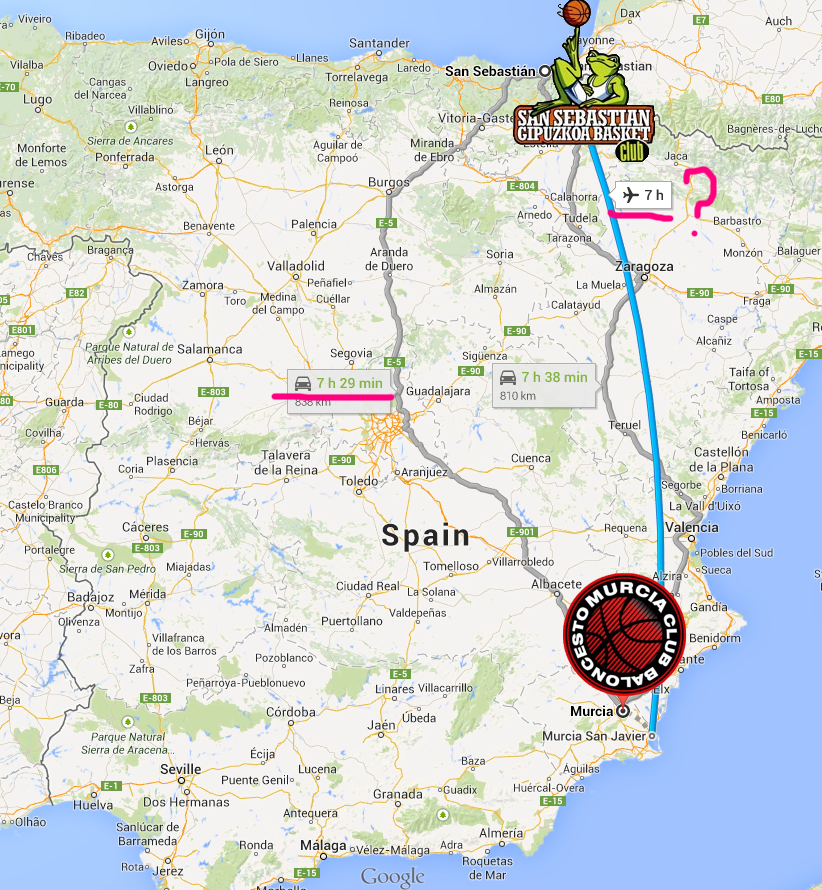 Being an increasingly grumpy and impatient Utah Jazz fan aside, he did say some pretty cool things on his way out:

- Raul Neto, August 2014, via a statement made at the Lagun Aro GBC website

Yeah, essentially he's thanking the fans for their love and support, and will not forget about it. Furthermore he adds about his personal growth as a player and as a person. He also mentions that he feels indebted to the club for taking a chance on him, and giving him the opportunity to play in one of the best, most competitive leagues in the world.

His old club, GBC, went 16-18 last year and he missed a few games due to injury. His new team, UCAM Murcia, did even worse last year going 12-22. UCAM was most recently relegated back in 2009-2010, and clawed their way back up to the ACB league. (The NBA, to Spain's NBA-DL). The current head coach is Diego Ocampo, and he looks to have four American players on his roster as team mates (Dwayne Davis, Thomas Kelati, Sadiel Rojas, and Scott Wood). He will also have another Brazlian there too, Agusto Cesar Lima. I'm more of a fan of his cousin though. I don't actually know if they are related.

Well, in a way, we all are, brothers and sisters.

But still, I don't have any contract info on how long this deal is. I am worried that we're going to eventually get nothing just like the Ante Tomic issue that is on-going. (Y'all know he was drafted the same year as Kosta Koufos right? The Koof is going into his 7th year in the NBA this season.)

I hope that the plan is still to bring him to the NBA, and more specifically the Utah Jazz. Another year in Spain isn't going to hurt. It will help way more than playing a year in Brazil, or some other league. I guess him playing for Murcia will eventually lead to him playing FOR a team in 'Murrica! Right?

We Utah Jazz fans will just have to admire him from afar for at least another year. We support you too Raul Neto, and will be with you during the good times and bad as well! There are just more of us! You are way prettier than Raul Lopez, who honestly, that was just a crush. And we are so-ho over it now.