Player of the Week: Week 6

The Utah Jazz go 2-1 in their 6th week of regular season play.

Share All sharing options for: Player of the Week: Week 6

The Jazz were a Chauncy Billups flop away from 3-0 last week; they instead finished 2-1. The win against Orlando was far from beautiful, but do remember that the Magic were just coming off road wins vs the Lakers and Warriors. Thankfully we finished the week strong at home, pounding the Raps by 32 (despite missing Al and Derrick) in what turned out to be one of our best W's all season. Overall it was a decent week for the Jazz. We won the two teams we were supposed, but are no longer undefeated at home (I think we win if Derrick plays, or Billups doesn't get that call...).

Not a bad week for Mo. His best game was vs his former team the Clippers, where he scored 20 (7/11 shooting) and had 12 dimes. 9.7 assists (led team) per game is a great number for him (averaging 7 on the season) and is his highest weekly average this season. So why the sudden uptick? Well despite him shooting a great percentage, Mo is actually taking less shots. He took 9 a game last week, he averages 12.1 attempts on the season (including last week). So Mo averaged more assists then shots, despite shooting over 50%, not much to complain about there.

Foye sandwiched one bad game between two good ones last week. His game against Orlando was his one of his worse of the season (shot just 1/7, 1/6 from deep). Thankfully that was his only bad game. Exactly like Mo, he shot 7-11 vs his former team, the Clippers. He also was a big part of the Raptors blowout, making 3 treys and blocking 3 shots. Only 3 players in the NBA have made more three's than Foye this season (Foye has 51), and out of those 3 only 1 is shooting a higher percentage (Foye shooting 44.7%). Make sure you check out this piece on Foye from Salt City Hoops.

Marvin returned from his head injury this week (missed the Clippers game), and thankfully didn't look that rusty. He was kind of quiet vs the Magic (8 points, 3/7 shooting), but had a good game against the Raps (14 points, 3/5 from range). The Jazz need to make sure they keep him involved, they're undefeated (8-0) when he scores over 8 points and are just 3-7 when he doesn't

While it sucks that Favors is hurt, it definitely was a blessing disguise for Paul, who is officially back. Not only are his shooting numbers back up, Paul contributed from almost everywhere last week. I do wish he was more consistent on the boards, but he was 3rd in assists, 1st in blocks, and 2nd in steals, which more than makes up for it. Question is, will he keep this up when Favors does return?

Quite the stat line for Big Al, who played in just our first two games last week. He wasn't terrible vs the Clippers (he did have 5 assists), but wasn't able to come through in the end (shot blocked by Jordan). Thankfully he ha had a major bounce back game vs the Magic though, dropping 31 and 15, single-handily keeping us from being embarrassed at home. Let's hope the back injury isn't anything to worry about.

Earl started the week as Mo's primary backup, but after two uneventful games Tinsley replaced him as the first pg off the bench. What do you guys think, who should be our main backup pg? I think Jamaal is the superior play maker, but with Earl you get some defense and hustle. They both do a good job running the second unit, so maybe they should just split the time? Corbin has let them share the job a few times and it could be the right call.

It was an up and down week for Gordon. He played great in the Clippers and Raptors games (scored 17 in both), but couldn't make a shot vs the Magic (0-6). Right now Hayward is shooting 41.8% on the year, which is concerning. However, Hayward does have a history of improving his shooting as the season goes by. @davidjsmith1232 and @candybarr15 pointed this out to me on Twitter, and a quick look at the numbers confirmed it. Hayward improved his FG% for 4 straight months last year, can he do it again?

Great week from DMC. The hustle was there, the D was there, he even led the team in shooting %. Carroll is coming in games and making an immediate impact. He is making plays on both sides of the ball right now, and is the perfect energizer for the second unit. Like it or not, DeMarre is earning himself another contract, he just has to keep it up.

It was another nice week for Enes. He's not putting up huge numbers right now (they're far from small though), but he is looking extremely confident and playing well in the limited time he is getting. After not playing more than 22 minutes all season, Enes got 35 minutes vs the Raps and put up 18 and 8; this dude is 20. On a the negative side, he finished the week with 0 assists and 7 turnovers. That's been the biggest problem with confident Kanter, sometimes he can get a little too excited and will force a shot or knock someone over, when he instead could pass out to a shooter. Right now Enes is averaging 3.3 TOs per 36 minutes, when last year he was at 2.2; hopefully this gets better as the season goes by.

Player of the Week: 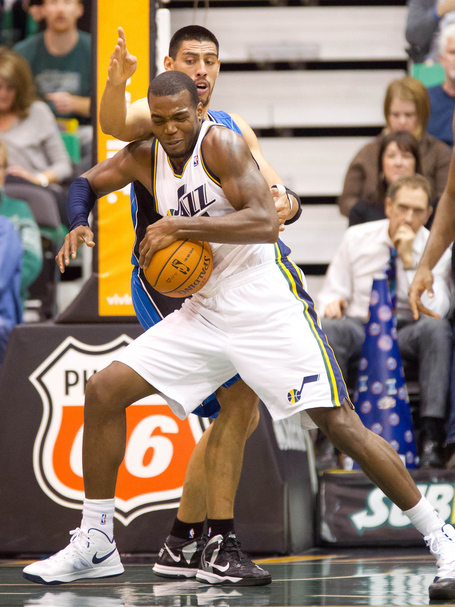