Brooklyn Nets fire P.J. Carlesimo -- plus -- a list of all the NBA Head Coaches from the last 15 years, by team

Share All sharing options for: Brooklyn Nets fire P.J. Carlesimo -- plus -- a list of all the NBA Head Coaches from the last 15 years, by team

The Brooklyn Nets just fired P.J. Carlesimo hours after they lost a game seven against the injured Chicago Bulls. I didn't watch that game with a fine tooth comb on each play, but if I was going to ascribe blame it wouldn't be on the coach. After all, it wasn't PJ who shot 2-14 in a close out game, that was Joe Johnson. But it's all too similar to what Jerry Sloan used to say: "You can't fire the players, so you fire the coaches." I think that's what's happening here.

Anyway, PJ was the 8th coach in the last 15 years of Nets Basketball. I think stability is a good thing, some other teams do not. Here is the complete list of guys credited for any Head Coaching W or L over the last 15 years, by the team they coached. 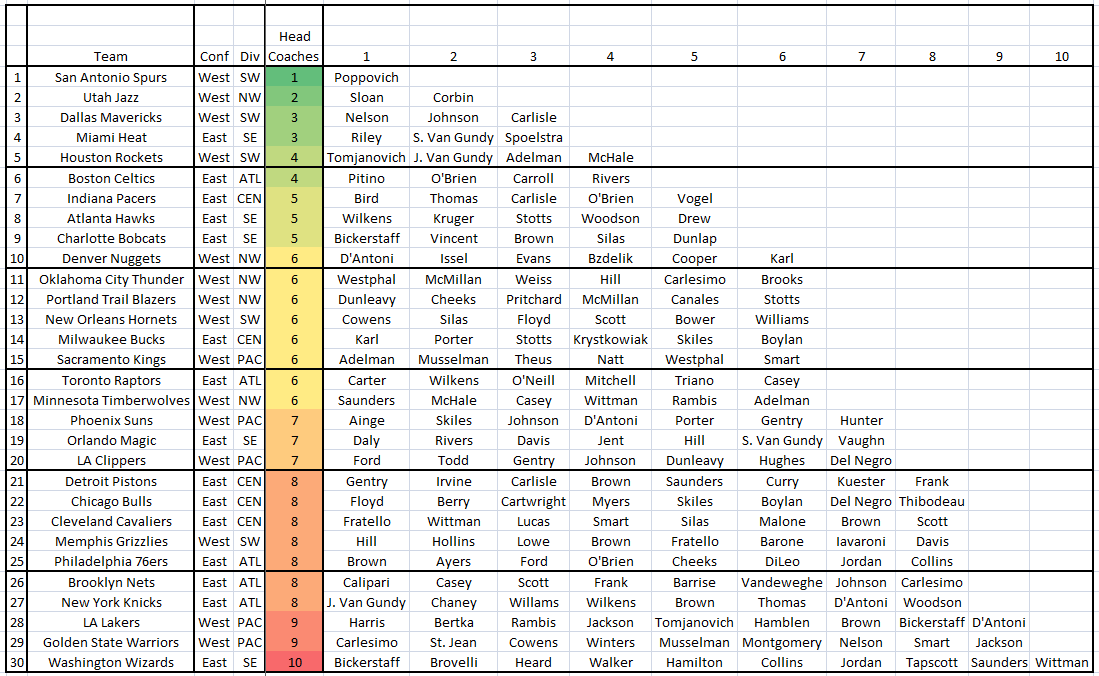