Share All sharing options for: Utah Jazz head coach Tyrone Corbin will always be a big piece of the franchise coaching pie

No matter what happens tonight in the 82nd game of Utah Jazz head coach Tyrone Corbin 's fourth season, we will have to both understand and appreciate the role he has played and had on this franchise. First as a player, Tyrone played in 270 games in a Jazz uniform, over 3 different seasons. (N.B. These are regular season + playoffs combined numbers, folk.)  And now, as a head coach, he will coach his 262nd game tonight.

For a franchise that's only 40 years young it's important to recognize what a big piece Corbin has played within it.

His largest impact has been coaching -- thrust into the job mid-season after Jerry Sloan departed, Corbin was put in a situation he had very little control over. That said, he steadied the ship and sailed Big Al Jefferson to the playoffs for a feel-good season, his first full season as coach. The last two years were not so "feel-good-y", but if you add it all up, then you can see that Ty is one of the more successful coaches in franchise history.

Yeah, Jerry and Frank were great. No one argues against that. But they are very hard acts to follow. We've been spoiled by success, but it's important to see that Corbin was way better than some of the first few coaches in franchise history (based upon total games coaches, and win percentage). Ty was blanked in the playoffs, but that team really shouldn't have even made the playoffs.

Love him or hate him, win or lose, Corbin was a big part of our franchise's coaching pie. 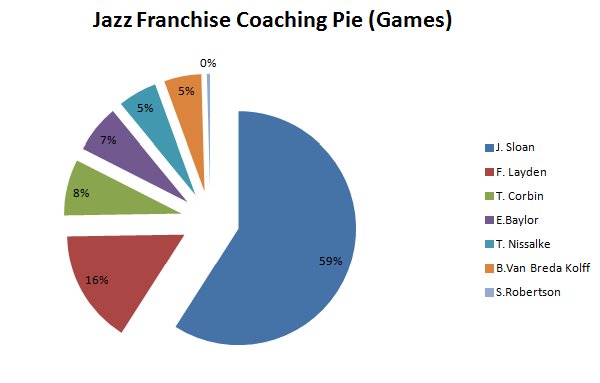 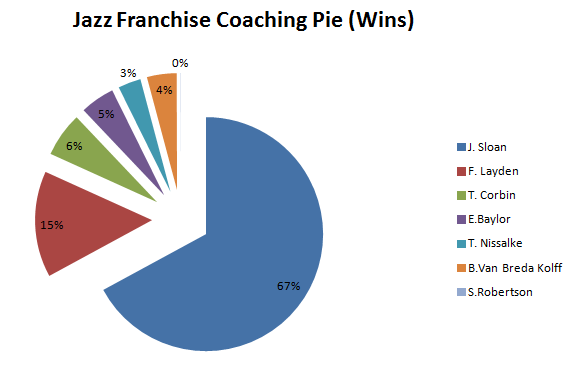 And pie is delicious.

At the end of the day, Ty is the ONLY person to play for the Jazz in the playoffs and coach the Jazz in the playoffs. That sets up apart from any other coach in franchise history (until Earl Watson comes back in 14 years). If Ty goes this year to some other franchise, with him leaves over a decade of coaching (ast + head) in Utah, and plenty of battles during up and down seasons. If he returns, he will only add more games under his belt and further ascend in both affect and importance within the history of this franchise.

So thank you Ty. Thank you Coach Corbin.