Man, I'm bad at this. I gotta smarten up my blogging life. Okay, so we missed the review for week 3, the preview for week 4, and as a result, now we're getting those two weeks reviewed WITH the week 5 preview all in one. #content 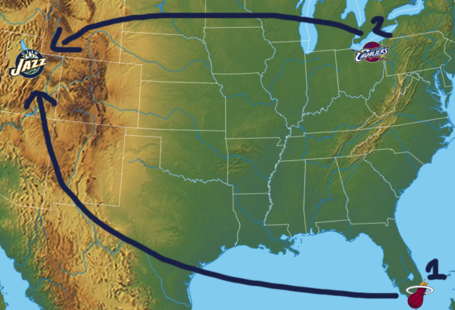 Yuuup, the Jazz went 4-1 against the Heat, Lakers, Pacers, and two bad Eastern Conference teams. Back on January 2nd I felt like the Jazz would finish this month 23-23, and I think a big part of that was getting more than 1 loss in these last two weeks. I was wrong, and right now the Jazz stand at 24-20. So props are deserved to the Jazz for doing all of this with starting point guard Mo Williams being out of action since December 22nd, 2012. I'm proud of the Jazz, and happy that they bounced back against a desperate Lakers to win against the best defensive team in the league. So now there's only 2 games remaining this month. 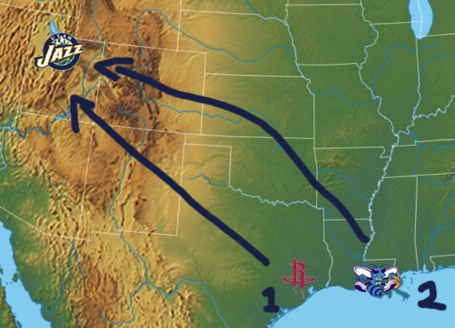 So this is how the month ends for the Jazz -- a game tonight, and a game on Wednesday. The Jazz do play two more games this week, with games on February 1st and 2nd -- but they're next month's problem. So tonight we have the Rockets who are 24-22; and they aren't terribly hot right now. They are 3-7 in their last 10, and doing this while being fully healthy. Ouch. They have won three of their last four though, beating the Charlotte Bobcats, New Orleans Hornets, and Brooklyn Nets -- with the lone loss in that group being a home game hosting the Denver Nuggets. Houston has a night off tomorrow, then play the Nuggets in Denver on Wednesday as well. So they don't have many excuses for being bad right now. And they figure to be stringing together a few 2-3 game win streaks after their absurd 7 game losing streak. (To Andy's credit, they won 5 in a row right before that) Houston is led by James Harden, who is scoring 26.0 ppg and getting to the line 5.7 times a game. Beyond Harden they have balanced scored with 7 other guys scoring between 14 and 8 ppg in Chandler Parsons, Jeremy Lin, Patrick Patterson, Charlos Delfino, Omer Asik, Marcus Morris, and Toney Douglas. They're a balanced scoring team, they get to the line, and protect the defensive glass. They're not horrible on the road either, being a respectable 9-14 as the visitor.

These should both be wins, right?