Share All sharing options for: Jazz Don't Suck At Home. SHUT. UP. Downbeat #893

The Jazz beat the Houston Rockets easily at home. As they should. The Rockets were outmanned, playing without a flu ridden Harden. He played for only one half and looked visibly sick. Luckily there was no flu game being saved up in his system. For the first time in a while the Jazz made basketball look easy again. Their offense was flowing and the ball was being evenly distributed. In fact our own, Spencer (@UtahJazzPodcast) pointed out that:

While there were some phenomenal runs there also were some iffy moments as well. It seems the calling card of this year's Jazz squad is one quarter of head scratching. Whether that is Tyrone Corbin still understanding his squad's strengths and weaknesses or just a lack of focus by the Jazz players that is to be determined. But tonight's Jazz-Face-Palm came in the third quarter.

The Jazz played without much energy and let a lead dwindle. The Jazz regained the lead shortly after a quick substitution. In the 4th quarter it got sloppy as well but due to garbage time. Still Dennis Lindsey was not impressed by the Rockets' run:

Now I don't bring this up to be negative. More critical. I love Dennis Lindsey's attitude. He is coming from San Antonio. In the San Antonio "Book of Life" you beat bad teams. Plain and simple. You beat them bad. Why? Because you are superior. So when you allow a bottom feeder like Houston that is without their top scorer, James Harden, to make a run on you in the 2nd half, Dennis is going to notice. Why? Because you pummel the team into the ground. He wants basketball perfection. We want basketball perfection. That's why we should love Dennis Lindsey. BOW BEFORE THE GREAT LINDSEY!

Paul Millsap hit a special milestone today. He surpassed Bryon Russell for 13th place on the Jazz's All-Time Scoring list. Congratulations Paul. We love you. If you play better pick and roll defense we'll make a bronze statue of you.

The Jazz have now started the BIG [insert hyperbolic expletive here] LINEUP two games now. So far the results are........welp. That's not to say the starters didn't post good stats. In fact they all had terrific games. Just not collectively. The BIG [insert hyperbolic expletive here] LINEUP has been pretty lackluster together. The offense looks stagnant and it seems to fail in its purpose to make teams adjust to it. In fact tonight Houston got off to a 9-2 lead with that lineup. Favors picked up 2 quick fouls, Millsap picked up one, and then the Jazz had a defensive 3 seconds. It was a head scratcher to be sure. But once that lineup was dispersed all players in the starting lineup had great games.

Which leads us to the bench WHICH WAS AMAZING. Seriously. Look at these +/- numbers

The bench has turned Gordon Hayward into Bad Santa the Vanilla Cobra. It should be noted every player in the starting lineup struggled in the +/- category except one. Derrick Favors. 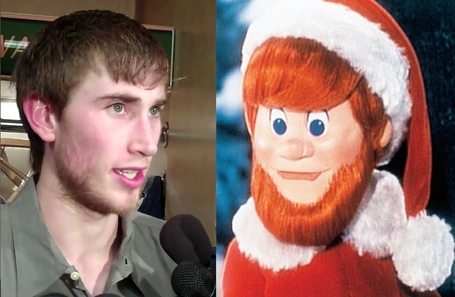