The Who Gets Kicked off the Island Edition - The Downbeat - #937

There's only room for three.

Share All sharing options for: The Who Gets Kicked off the Island Edition - The Downbeat - #937

"Tyrone Corbin is keeping the young guys on the bench whenever possible/KOC has ordered Corbin to keep the young guys on the bench whenever possible to minimize their value come free agency" conspiracy theories aside, we are starting to face the very, very real possibility that the Jazz will not be financially able (willing) to keep all four of the kids. I know. It hurts. A) If the decision were in your hands, which of the Core Four do you ditch to go forward with the Terrific Three? B) Which aging vet for whom there is little-to-no demand do you predict the Jazz will sign to replace the guy you just kicked off the island?

Side Note: Back in the 1990s when the NBA was on NBC, Peter Vecsey was an analyst for game broadcasts. My one memory of those broadcasts was this one time when he said something about Karl Malone (which I no longer remember) that was so wrong and got me so incensed I went onto NBC's website to find his email so I could give him a piece of my mind. I was unsuccessful. Vecsey has sent out some pretty interesting tweets on the Jazz in the past few days...ones that I imagine has sent his Jazz followership skyrocketing. He has been critical of Tyrone Corbin's coaching decisions and Al Jefferson's defense. He also says that the Jazz should move on from its current "neither here nor there" (my words) state to the era of the four kids and Jeff Hornacek as coach. If that train is leaving the station, are you on board? 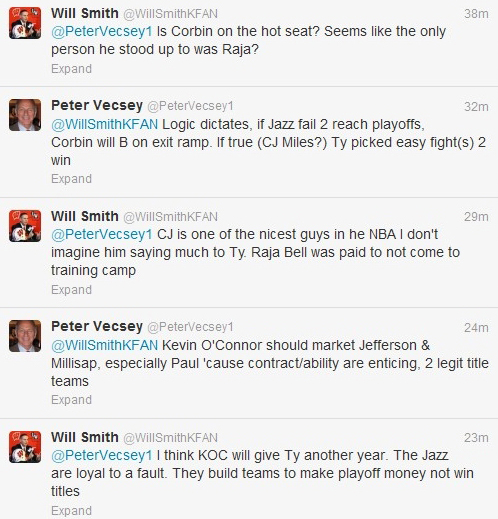 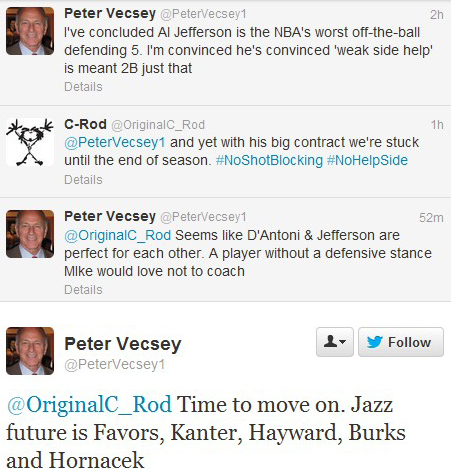 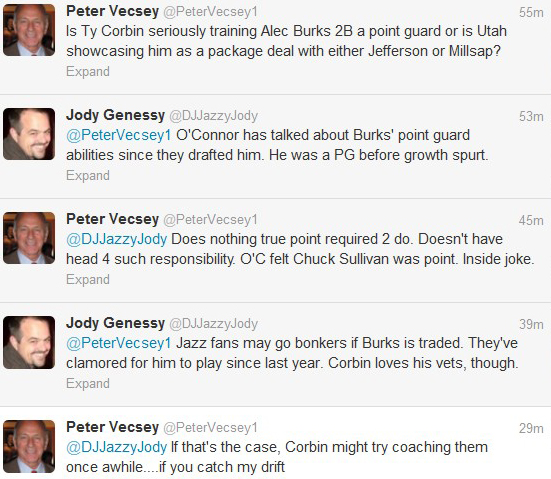 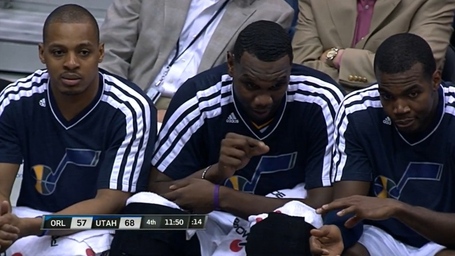 Saw a few tweets from people fortunate enough to have access to the post-game show noting that Charlotte's opponent locker room was basically the pits. (Aside: According to @saltcityhoops, Matt Barnes and DeAndre Jordan claimed that the Jazz turned off the hot water when the Clippers visited the Jazz recently.) If you were designing an arena, what are your brilliant ideas for making the opponent locker room as uncomfortable as possible? Lots of pink and glitter with pictures of My Little Pony hanging on the walls (basically, the locker room version of those horrible pink women's jerseys the NBA produces)? Bare cement? Poor acoustics? CRT TVs? Life-sized posters of Fabio? The starkest, most prison/hospital-like fluorescent lights available?