The Downbeat #938 - The "The Road to the Playoffs" Edition

Share All sharing options for: The Downbeat #938 - The "The Road to the Playoffs" Edition

Okay, last night we lost to the Atlanta Hawks 103-95. It was a remarkable game as the Jazz ended up losing after leading by 15 points with only 3:29 left to play in the third. There are a number of culprits for this loss though, depending on how micro or macro you want to get. According to the Utah Jazz fanbase that's active online the major complaints were about Earl Watson, the "youth", the bench, and about head coach Tyrone Corbin. For this single game in an 82 game season I think you could blame those parties and puff your chest out and be right. That said, basketball will always be a team game. And you win (or lose) as a team. And according to reality and what actually happened last night, if we're blaming parties we also have to blame the starters for the poor finish.

After being up by 15, the Hawks went on an 8-0 run against our unit of Earl Watson, Randy Foye, DeMarre Carroll, Paul Millsap and Al Jefferson. During that run Sap was replaced by Derrick Favors and Carroll with Gordon Hayward. Outside of Watson, these are our better players. To start the fourth our 'bench' went -4 in +/- in just 2:16 minutes, and this was a group consisting of Earl Watson, Alec Burks, Gordon Hayward, Derrick Favors, and Enes Kanter. That said, the game did not end there. The Hawks went on game ending 5-0 and 13-3 runs against our group of Jamaal Tinsley, Randy Foye, Gordon Hayward, Paul Millsap, and Al Jefferson. The Hawks team during those two stretches? Devin Harris, Louis Williams, Josh Smith, Ivan Johnson, and Al Horford.

It was a team loss. And not a good loss at all, particularly because in this game we had three players have particularly good games (Big Al went for 23/10/3, Sap went for 20/13/5/2, and Randy went for 25/2/2). It's not just about 'wasting' good games from some players, it was not a good loss at all because so many people had poor games. Even some of our coaches did worse than they normally would have performed. I really would have liked to have seen our team match up better with a big Hawks lineup to finish the game. It seems like this season we're allergic to the 'big' lineup for some reason; even though it was quantitatively one of our best lineups of all time in the post- Jerry Sloan era of Jazz basketball.

We're not as good as the Bobcats game may have shown; and we're not as bad as last night's game may indicate either.

Have you looked at the standings? It's only January, but man . . . things are happening in the Western Conference. The Top Three teams in the West are the Oklahoma City Thunder, San Antonio Spurs, and Los Angeles Clippers. I'm not going to accept the Clippers as an elite team until they can win at least 8 playoff games in the same run, so eff those floppers. The Thunder never miss shots, and the Spurs play great in all aspects of the game. So those spots seem all but locked up. The next tier is filled with the Memphis Grizzlies (a playoff team last year), and the surprising Golden State Warriors. The Warriors appear to be the anti-Jazz, and they are getting great results right now bereft of the services of Andrew Bogut. Conceivably they can get even better. The next group of playoff teams are the Denver Nuggets, Houston Rockets, and Portland Trail Blazers. That's one playoff team from last year, and two teams that missed it the year before.

If the playoffs started today we'd have three teams that didn't make it last year repping the west: GSW, HOU, and POR. The three teams to fall off? The Los Angeles Lakers, Dallas Mavericks, and our own Utah Jazz. The team I haven't even mentioned at all yet, the Minnesota Timberwolves, were supposed to make it this year as well. These four lottery teams need to figure it out if they want to make the playoffs this year.

I would not be surprised to see all four of these teams miss the playoffs this year, but you never know what's going to happen next week in the NBA. Portland looks strong with Damian Lillard, Wesley Matthews, and LaMarcus Aldridge taking care of business. Houston has star power in James Harden and Jeremy Lin, with a slew of good guys supporting them like Omer Asik and Chandler Parsons. Denver is super deep and led by a multiple-time Gold Medalist in Andre Iguodala. These three teams aren't guaranteed to be in the playoffs, but they have the inside track for sure.

I don't think enough is made about our strides to be a better team. Sure, we're not great on defense, and our offense looks like a work in progress at times -- but on any given night we can still be fun to watch and rewarding to root for. One reason for this in 2012-2013 HAS to be our renewed dedication to sharing the ball. Sure, at the end of games our offense becomes predictably more streamlined, but for the season we have 7 guys averaging about 2.0 APG. That's pretty cool, if you ask me. Mo leads the team with 6.7; Jamaal is next with 5.3; then Earl at 4.0 apg. After the point guards we have Paul with 2.7; Gordon with 2.2; Big Al with 2.1; and then Randy at 1.8 apg. There are four guys after that averaging 0.9 to 0.8 apg: Marvin, Derrick, DeMarre, and Alec. If you look at Per 36 values the only guy on the team who gets minutes regularly who isn't averaging at least one assist is Enes; and you bump up Alec to that list of guys averaging at least 2.

One way to look at it would be that our team doesn't have a real go to guy, or that everyone is pretty much on the same level, and that encourages passing. The other way to look at it is that our team chemistry is pretty high, people are encouraged the share the ball, and work as a team to make the extra pass and find the best shots. If we're going to get it together and make the playoffs we're going to have to work together. Our defense is the real problem, but it's nice to see that on offense we're at least trying to work together. That's a good look for us. I want to see if we can keep it up as the season goes on and some people may be inclined to be more mercenary with their performance on the court depending on how well we're playing as a team.

Welp. If we don't make the playoffs there are other things to look forwards to . . . particularly the hope that our front office takes a long hard look at what we are working with here. In NBA 2K13 (Create a Legend mode) the Jazz front office A.I. gave our very own Al Jefferson a huge contract extension -- $84.2 million / 5 years. (Average: $16,840,000 per season) In this case I'm very happy that NBA 2K is highly unrealistic. The more realistic thing is that if we're still looking at the playoffs from the outside in by the time February is over then I'll have to pay more attention to draft websites. 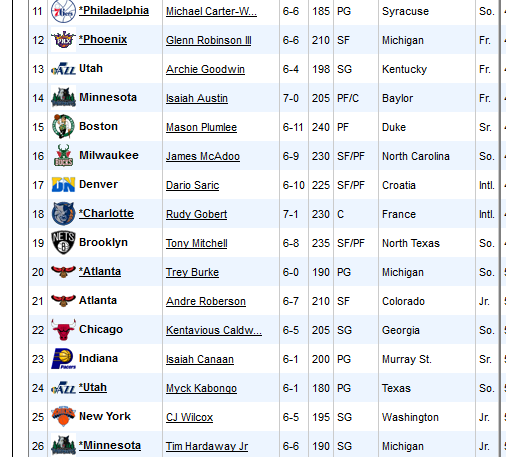 But we're totally making the playoffs this year, right . . . right???