tipoff time changes, rookie hazing and what to do at point guard

Share All sharing options for: The Time Change Edition - The Downbeat - #1175

There's apparently talk in the NBA front office about changing game times to make life easier on international fans. I imagine fans in Europe (seriously, fans in Europe that get up to watch games live deserve all of our respect) are particularly happy to hear that the league is even thinking about this, no matter how far away implementation may be or whether it ever happens. Via Scott Howard Cooper:

“I think that the NBA is going to have to wrestle over the next decade as more and more of our viewing audiences are outside the United States is what’s the best time for games to be played so that those fans can enjoy them live as opposed to having to get up in China to watch an NBA game at 7 o’clock in the morning,” Stern said. “I think that’s a fun problem that we’re going to be addressing because so much viewing is happening outside the United States now.” Any dramatic move would obviously be met with resistance from fans in the United States and Canada, not to mention some of the teams themselves, if times of tipoff are moved much earlier than the current 7 or 7:30 p.m ET. One option that will undoubtedly be discussed is altering only weekend games, when schedules for spectators are more flexible and it is not unusual for early-evening or day starts.

In or out of Utah, what is your ideal (home) tip-off time for Jazz games?

Enes Kanter may have suffered (or had a lot of fun) as Big Al Jefferson's rookie, but he's probably glad today that he was Big Al's rookie and not John Lucas III's rookie...And Trey Burke may possibly be happy today that he broke his finger. 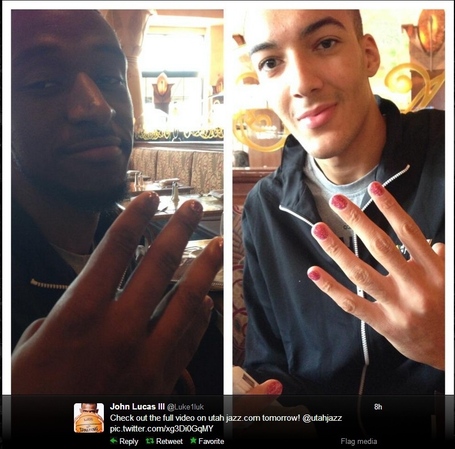 Speaking of Rudy Gobert, if you're wondering why he's been MIA in the past few pre-season games, Tyrone Corbin explains: "He’s still working. He’s getting big. I mean, he’s still, hook, still working hard to get in better shape. To use his size. He’s shown signs in pra–he fixing a lot of things down low. One of the things with him right now, I wanna make sure matchups are right for him. I thought about it last night with [Robin] Lopez a little bit, bigger body, but Lopez is a big, big body. So I wanted some more experience on that…But Rudy’s working. He’s continuing to get better." 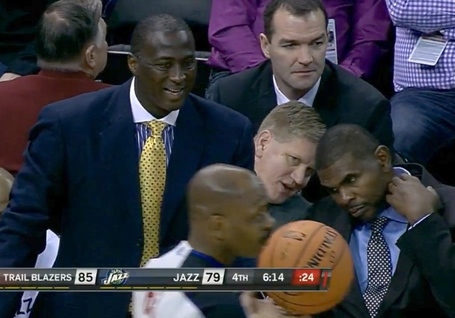 There's been talk about bringing back Jamaal Tinsley until Trey Burke returns. The Jazz are reportedly looking at different options in terms of available players. We have also John Lucas III under contract and Scott Machado and Lester Hudson on the roster for the time being. If you're Dennis Lindsey, what would your Plan A and Plan B (and Plan C, if you want) be for the point guard position?