The Downbeat #1226 - The "Signature Games" Edition

Share All sharing options for: The Downbeat #1226 - The "Signature Games" Edition

This season the Utah Jazz are 6-21 overall. The team is 5-15 against the Western Conference and, using maths, 1-6 against the East. (Seriously, we're 1-6 against the East -- and this year the East isn't doing so well, to keep it polite) Probably the biggest kick in the junk for me, a long time (25+ years) fan, is that the team is 3-10 at home. The silver lining is that the Jazz are finally just about as good at home as they are on the road (3-11). But that's not much of a silver lining. For as long as I've been a Jazz fan, through all three Head Coaches, through years of All-Stars and no Stars, the one thing has remained constant: Utah just did not lose at home. It was a touchstone that you could go to. Some seasons the Jazz were absolutely dominant at home. Other years we were simply able to grit games out, and end the night with the W. Even that fabled 2004 Utah Jazz squad that was a misfit cast led by a never-say-die Jerry Sloan managed to win 28 of 41 games in the Delta Center. (I looked it up, it was still the Delta Center back then) So the team was still capable of winning 68% of their home games despite being a team made up of parts no one else wanted.

Today's team is hard to get a bead on. First of all they were less competitive early on this season because five rotation players were injured (Trey Burke, Brandon Rush, Marvin Williams, Jeremy Evans, and Andris Biedrins). Perhaps the idea that it was five rotation guys was wrong, but I had assumed that when healthy Beans would get the nod over Rudy Gobert. So maybe I'm not wrong? Well, the team is healthy now and playing much better.

The second problem is that losing a point guard is a force multiplier on any team. Our squad started Jamaal Tinsley, who is no longer the guard we thought he was. And he's no longer in the NBA. John Lucas III, bless him and his amazing personality and off-court camaraderie skills, just isn't starter material either. Diante Garrett has pretty much done the best he possibly could have in the time available. But it's really about Trey Burke (a potential ROY candidate).

If things went perfectly (everyone healthy, Trey the starter from day 1, and players playing roles that fit their skills) I am certain the Jazz would have a better than 6-21 record at this point in time. (We should get the quantum physicists on this, and find that universe where that's happening!) Unfortunately we don't live in that universe. We live in this one. So we are a 6-21 team.

The very least we can do is win our games at home, right?

This season we've seen Trey steady the team with his play, and barely miss out on a triple double against the Sacramento Kings.

We witnessed Gordon detonate for 30 and 13 and 5 against the Denver Nuggets.

We've seen Marvin Williams turn into "Mad Dog Marvin" and help the team from behind his mask against the Chicago Bulls. We've just recently experienced Alec Burks take over a game with his signature skills of "Finisher" and "Acrobat" against the Miami Heat. (What, you don't play NBA 2K?)

Even our supposedly challenged and under-dipped bigmen had 20-10 games against the fabled frontline of the Indiana Pacers. Heck, even Jeremy Evans is a rotation guy who shows he can play.

Which are your favorite individual player signature games this year? And more importantly, 25 games into the season, who is going to lead this team over the next 25 games?

A few days ago longtimejazzfan posted on a very interesting topic. "Do the Jazz already have their Big Three?" In it cases are made for Trey Burke, Gordon Hayward, and Derrick Favors being our Spurs -like Big Three. Here's an excerpt:

In light of the recent play of the Jazz, where the starting unit has been looking like a potential playoff team in the future, do the Jazz currently have a big 3 on their roster? San Antonio, has the big three of Duncan, Parker and Ginobili. I am excited to see how the Jazz match up with them tonight. Of course I am talking about the Jazz big three of Favors, Burke and Hayward who have recently teamed with Jefferson and Marvin to provide a lethal starting unit from a scoring stand point over the past few games. Jazz fans should be excited about the teams recent play and a big win over a potential playoff team (Denver) on the road last game.

Longtimejazzfan continues to illustrate the similarities and potential role affinities between Tim Duncan, Tony Parker, and Manu Ginobili and our young stars. Check it out!

Do you like Rudy Gobert? Do you like Ian Clark? Do you like nachos? Well, I don't have nachos, but RHJazz is chronicling the exploits of our two non-lottery pick rookies this year as they play in the NBA-DL. The first post is "The C&G report (Clark andÂ Gobert)" and it talks about what we saw from their first Bakersfield Jam game, against the Reno Bighorns. Here's an excerpt:

Awesome stuff. The C&G report by RHJazz continues with a preview of the Jam's game tonight against the Idaho Stampede: "The C&G report: Pre-game analysis of the 8-0Â Stampede". Really interesting and original thoughts about the players, the match-ups and this game, RH. Check out this excerpt:

IF Clark get's put at the 1

His match-up will be Pierre Jackson, who will undoubtedly be a lot harder to guard than Dee Bost. Jackson shoots a decent %tage (46% field, 43% 3pt), as well as posting those formidable stats. Clark absolutely has to limit his game if the Stampede are to win. It'll be the best case scenario if this happens, and we'll get to see just what Clark is capable of defensively, when pushed to the limit. Clark does have a height advantage (Jackson is 5'11), but Jackson takes more perimeter shots than drives (around 7-8 per game), which will mostly test Clark's ability to defend good jumpshooters. Offensively, i'll look forward to Clark initiating plays for Gobert and just how well he does at the point. Hopefully a lot of pick and roll offense (that the jazz often run) will be utilize. It'll also be good to see how Clark shoots off the dribble and his court vision. Playing point could very well mean Clark COULD have a big, big game.

If he get's put at the 2, it's the same analysis as above. But i seriously hope he gets put at point, as it'll open up a whole new aspect to his game.

(As an aside, no really, the official site of the Stampede is talking about how they are the best team ever.)

Great stuff RHJazz! Keep it up!

The Jazz play the Orlando Magic tonight. Evan over at Orlando Pinstriped Post asked me to answer some questions for him, and I did. Our Q and A will drop after lunch, but one of the questions posed had me really thinking. I thought I'd share it here.

4. Utah has a decision to make with Gordon Hayward, who will hit restricted free agency in the summer. There's no indication yet that the Jazz will let him go, of course, but it's still a topic worth exploring. Speaking financially, what do you think Hayward's prime years are worth? If you were in charge, is there any offer sheet you wouldn't match for his services?

If you are reading this far down you've no doubt noticed that I am not The Shums. (Look at this Downbeat, now look at the Shums' Downbeats . . .) I'm filling in because he had the night off last night for his Birthday! So now, if you didn't already have a reason to say it, you can wish him a happy birthday -- but 364 days early! 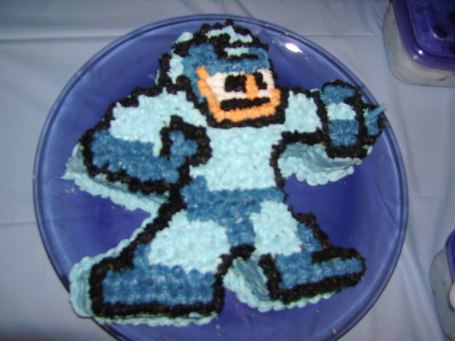 I'm only bringing this up because I started to think about what makes this place so much fun every day. And it's the sense of community. Some of us have 'known' one another for years. (If that, only online) I'm willing to make some sort of Google document or other type of thing (even if it is writing your names on a calendar) that has EVERYONE's self-reported birthdays on it so we can better celebrate and continue building this sense of community.

And if you don't want to participate that's cool too. We'll get you to participate on 'forced Valentine's day' like back in grade school. (Wait, do they still do that? Teachers in the house speak up.)

Happy Birthday Shums -- you are a great man with a great heart. And as far as I know you've never called the cops after talking to me. And I think that is the essence of what you humans call friendship.