Share All sharing options for: The Age-Old Grammar Question Edition - The Downbeat - #1K27 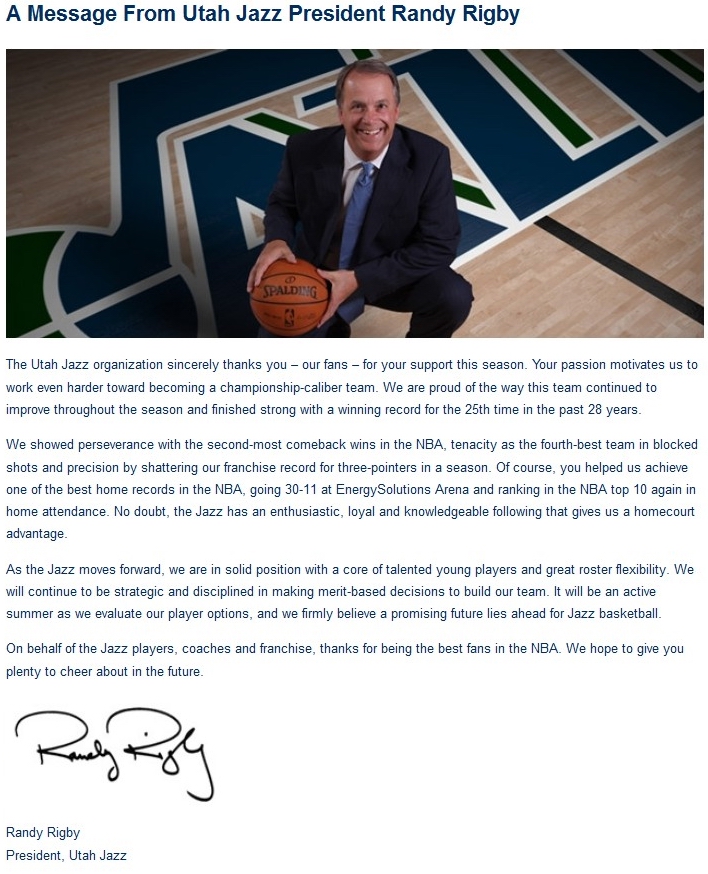 Thoughts on the message? Also, here's an age-old debate: Is "Utah Jazz" singular or plural?

If you listened to this week's Utah Jazz Podcast, you'll have heard Jimbo Rudding delve into an under-discussed mystery that deserves so much more...er...delving. What is the deal with Tyrone Corbin's mustache? 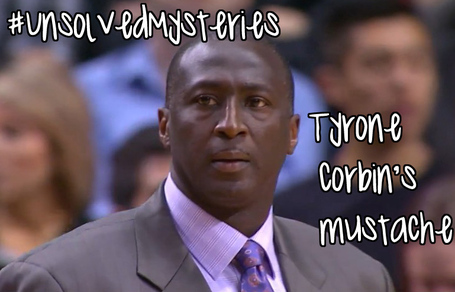 Jimbo postulated several theories, such as Ty shaves up to it, while I think that thin of a mustache requires the precision and skills of a bikini waxer. What is your best explanation for this phenomenon?

Speaking of Jimbo Rudding, you're missing out if you're not following his ongoing campaign to get Chris Paul into a Jazz uniform. Here are some of the best tweets to CP3: 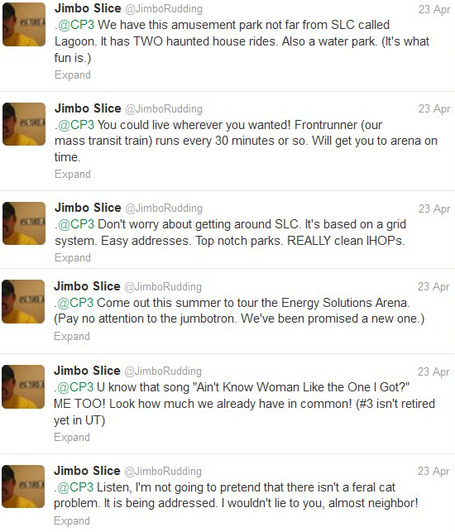 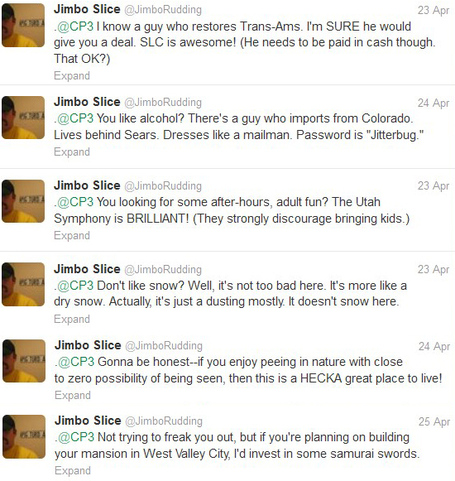 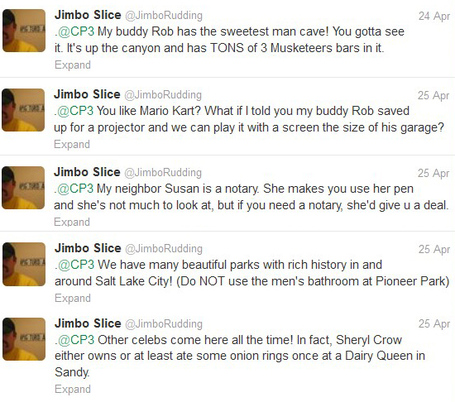 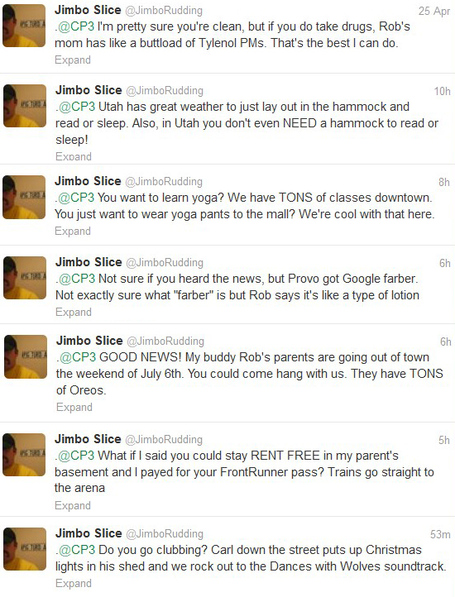 Never too early to start making predictions for next season, right? Given what you know or think you know about how management and the coaching staff and players operate, where do you predict the Jazz will finish in the Western Conference, and when will their season end (out of Playoffs, first round, second round, conference finals, finals - loser, finals - winner)?