Share All sharing options for: The Downbeat #1097 - The "Happy Birthday Alec Burks" Edition

Today is Alec Burks ' 22nd birthday! Happy Birthday Alec! For you people new to the site, I really like the Utah Jazz combo guard. I've been quietly intrigued by combo guards for years -- since Jeff Hornacek was the starting shooting guard of the Phoenix Suns (along with Kevin Johnson in that back court) and then slid over to back up point guard when KJ went to the bench for a break, and Eddie Johnson stepped on the court to play SG. The combo guard thing was such a crazy issue that in the ancient computer game Lakers vs. Celtics (which was based upon the '88-89 season) the Hornacek starting, then playing PG had to be hard coded into the game. No other team's auto subs did something like that. And that game came out back in the 4 color monitor days.

Anyway, I think that this year is going to be one of the best years in Alec's young career. Why? Because if you look at the roster as it stands right now he's going to be doing just what Jeff USED to do way back in the bad old days when I was young. Alec, obviously, should be starting at the SG spot from day one (but I see ya Tyrone Corbin -- you're going to start Brandon Rush, we all know it, the guy coming off of an injury), and looking at John Lucas III 's career I think it's obvious that Alec is ALSO going to have to be our back up point guard.

Last season Alec played point when the games counted, despite the Jazz coaches playing him zero minutes there in the Orlando Summer League 2012 or in the NBA Pre-season games after October's training camp. That is a gross oversight because all of the PGs on the roster were old guys who are brittle. (But that would expect our coaching staff to know what the eff they are doing) So despite getting 'zero snaps there' (sorry for the NFL football expression) he had to be tempered in the fires of post-All Star break stretch run basketball. And during those games Burks clearly demonstrated that he was our best option on defense (despite how many times David Locke brings up the Milwaukee Bucks road game where Brandon Jennings hit a three with little time on the clock on him -- David Locke often forgets to mention the game winning chase down block Burks had on Ricky Rubio on the road a few games later).

Trey Burke is not a defender at the NCAA level and is going to struggle as a rookie at the NBA level. Alec is taller, quicker, longer, gets more deflections, worked on his strength this off-season (he's bigger and stronger), and is going into his third season in the NBA.

So I guess for his birthday we get to give him the gift of the obvious: you're going to get your chance to show everyone how good you are. Which is all that you probably ever wanted.

What WE want is more of all of this.

And we're going to be happy to get it for at least 30 mpg going forward until the end of his career.

In fact, what's so awesome about this up-coming season will be getting to see all these younger guys playing "their" games. Not everyone is as ready to jump out of the plane and sky dive with the youth. And that's fine. It's okay to understand some of the fear associated with this -- check out Scott Stevens' post at Salt City Hoops about this! Speaking of SCH, check out this pair from Dan Clayton: a look at shot clock use and a relationship with the Utah Jazz's historical numbers in eFG% and FGA here, and a fun piece looking at what the Jazz could do with their remaining cap space.

Just great work over-all, and I highly recommend all three of those posts; however, I don't want to start singling out the great content by Jazz fans all over the internet. But unlike a G+ group, I will state the obvious and say that SCH is *really* blowing up. Now they just need more posts from Spencer and Andy over there to keep the momentum going from the great work the contributors have almost single-handedly maintained. 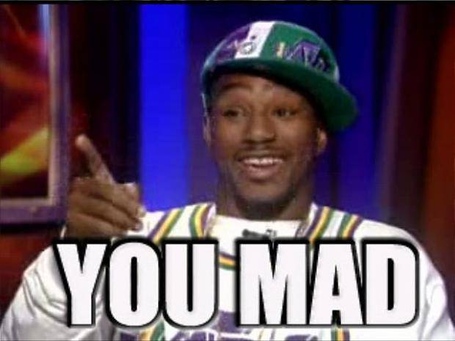 I'm just joking around guys. It's so much fun to see such great writing about the team we all love, I'm glad to see SCH is in such great hands right now. Andy is the Dennis Lindsey of the ESPN Truehoop network's Jazz blog.

Moving right along, and keeping Jazz PR guru Jon R busy, would be just how great the Jazz players have been so far this off-season with their social media presence. 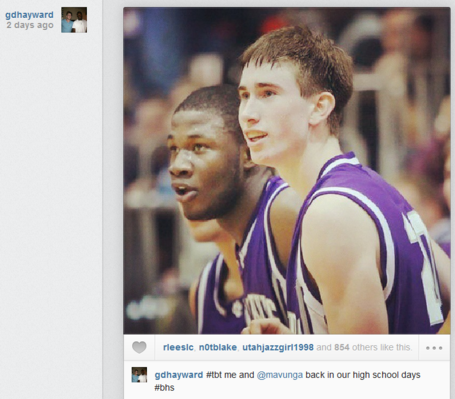 Rudy Gobert gets down to eat some carbs and protein 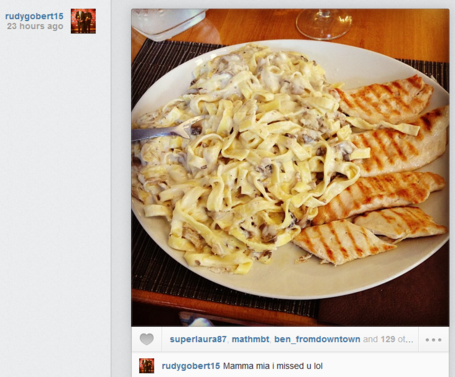 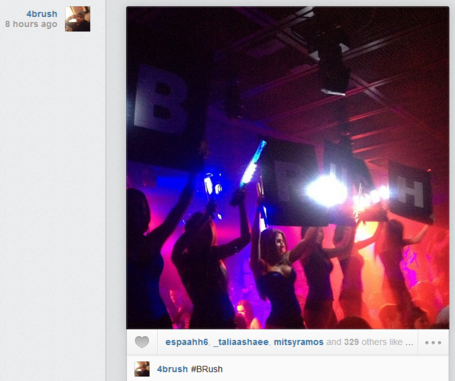 Of course, we're still all waiting for Enes Kanter to break out of his funk and start going crazy again.

In more serious news the Utah Jazz formally announced that Brad Jones will be a full-time / on the bench assistant coach this season. This is something we all expected, and speculated about. The beat writers already wrote about it a while back. As did I in this post from June 22nd. To read more of what other SLC Dunkers had to say check out these insightful tweets : )

@Peter_J_Novak @dianaallen If I had to bet money on the next Jazz coach, I would also put it on Jones. Thought so from the day he was hired.

The assertion here is that Jones is not just the #3 guy, but probably also the future #1 guy for the Jazz. I think we're a few steps ahead of ourselves here, but it's not out of the ordinary to theorize that far down. I'm not so sure, because who knows what head coaches will be available if/when we move away from Tyrone. Or, perhaps, we just stick with an improving Tyrone? I don't know. I can't see into the future.

We all like Brad Jones from his days with the Utah Flash and the Spurs DL team. He's served both KOC and Lindsey in a way already. I'm happy to have him be officially promoted to #3 -- like we all assumed over a month ago.

It seems like the only problem left is to figure out what to do with the point guard situation . . .

So? Who should be our #2 point guard this year?