Share All sharing options for: The Downbeat #1103 -- The "Trey will be A-Okay" Edition

First of all, sorry this is really late. We all know that there has been a lot of change and turn over with the Utah Jazz from last season to this season. Without giving away too many details, there's a lot of the same thing happening right now with our blog. Real life has necessitated a few moves for a bunch of us. Slowly we are releasing all the info so it doesn't become too self-absorbed. There are changes happening in real life which are influencing how things go on the site. We're going to continue to provide great content all year long, but this transition period is a little wonky. But because we're all such great Jazz fans we're working through our transition period during the off-season so we'll be ready to go when the season starts : )

And sorry Surly for how late this is. That's on me and my crazy schedule.

I think that it's necessary to discuss the Trey Burke experience so far. Here it is in chronological order:

Just to recap half the story -- we love Trey as the best point guard in this draft class, felt really bummed out that he played so well we could no longer get him . . . and then we ended up getting him because of an aggressive move from our GM. We have the guy we wanted. Period.

I think that's where we are right now. But let's not forget that despite satire posts or radio interview -- this is still the guy we almost universally wanted. And we have him. And he's still the same dude who took his team to the Championship game. We want winners. And we also want guys with chips on their shoulders. I think we have that with Burke. And before things go too crazy, let's all admit that we are going to love what he brings to our team. And I'm not just talking about on the floor, but off the floor also. He brings immediate media attention as he was 'the man' in college, and will look to be in a situation here where he can thrive. If he backs up his pre-draft hype with a solid rookie campaign we may have a nationally marketable star on our hands.

And really, that's something we needed. Bigtime. So thank you Ronda Burke for being so photogenic that your son, our point guard of the future, will look good in HD. (Now I kinda get why Al Jefferson wanted to go to the Bobcats, no one watches them play.)

Trey is going to be fine with us. And he has the potential to be really great in the NBA. And Jazz fans, despite 4 less than awesome games in a small gym in Orlando, know this. We trust our GM. We love our players. And we're Jazz fans till we die.

Speaking of Trey, ESPN / IMG's David Thorpe ranked the guys this year in terms of who is at the head of the class. He ranks them this way:

His analysis for each pick is kinda funny, but work reading for sure. And most of it is really recency bias in terms of Trey. Honestly we need to figure out what means more to us: the fact that Burke played poorly with a bunch of scrubs after 5 practices, or the fact that he lead a Division I team to a few points from being National champions. Thorpedo does mention that our offense was "as vanilla as it gets." No kidding. Even the plays I make up in youtube are a lot better than what we executed last year.

Moving beyond Thorpe, ESPN Truehoop had a roundtable on the very same topic, this year's rookie of the year. Of the five people polled, two of them (Kevin Arnovitz, and Jeremy Gordon) voted for Burke to win it. The dissenters (Brett Koremenos, James Herbert, and Jack Winter) all voted for Oladipo. Victor is going to have the green light to do whatever this year.

Usually our rooks have never had that freedom, and in recent years, even were played specifically out of position to make life harder on them. (Drafted by Utah Jazz = hardmode) But THIS year with all the turn over and lowered expectations (we're going gunning for the 8th seed this year) . . . there's no good reason why Burke shouldn't have the freedom that other younger guys did not have.

It'll be a fun season. And if I was a betting man, a rookie of the year type of season for our lotto pick.

@utahjazz it was 26 JUNE lol

I'm sorry for pointing that out Bill, it was really funny. And I make mistakes on twitter all day long too, so no hard feelings : )

But the point is that twitter is great, and you should be on it. I was able to take a trip to Alaska this year just by watching the tweets from Karl Malone and his family. Well, right now they're back home in Ruston, LA. I had to look it up, and Ruston is only 34.4 miles away from his birthplace / home of Summerfield, LA. Wow. This great ambassador of the game, Hall of Famer, and occasional movie star, lives about 45 minutes away from where he was born. 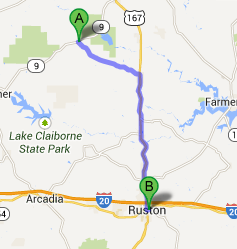 By direct comparison, I'm a nobody and I live 2,175 miles from my childhood home. I guess this is why Karl was such a great fit for Utah, because he is the type of guy who wants to settle someplace and make it a home. He's a creature of habit and super loyal. He saw the world but wanting nothing more than to go back to his roots.

That's the type of player we need more of in Utah. And that is what makes me wonder about our group of guys. Gordon Hayward grew up in a very Utah-like manner as a product of a stable home in a middle to upper-middle class neighborhood with similar demographics as parts of Utah. Derrick Favors isn't a small town, country boy like Karl was (is?), but he seems to just want a place to be him. I guess being traded in your rookie season can have a negative effect upon you. Alec Burks? The guy who is having a birthday party at a club this weekend? I don't know if he's as attached to Utah as we'd all want. The biggest worry for me is Enes Kanter -- the guy who went to high school in California, is from a big city in Turkey (lots of clubs), used to follow porn stars on his twitter, and doesn't yet know who he wants to be in this world yet . . . I just don't know.

He spends his off-seasons all over the US and Europe, and I don't know how strong his roots are here. Kanter is really the fulcrum of our youth, and vital, much the same way Juwan Howard was the main piece for that Michigan Fab Five team back in the day. They went after him first and hardest. If Favors and Hayward are the Chris Webber and Jalen Rose of this team -- Kanter totally is the Juwan. He was the most consistent player, hardest worker, and like I said, fulcrum. And if you know anything about that Fab 5 team it's that there would have been no Fav 5 without Juwan. Similarly, this team needs Kanter.

So I hope when he starts to work out with Karl Malone that the Mailman can deliver some good news about how Utah is a great place to want to place roots in. I really hope so, he's the guy (Kanter) that I worry about the most.

Seriously, guys. Trey is going to be great. Watch this video again . . .

Work hard this summer Trey, I know you will. Cause when the season starts Jazz fans will work hard cheering you and the rest of the team on.