What Enes Kanter could have done with the $25k he's just been fined... Former Jazz fan favorite firesale? ... Alec Burks' incredible shoulder ... the Magnificent Moni ... and this losing streak

Okay, the Utah Jazz are losing, but they're still kinda fun to watch. Need proof? Enes Kanter threw his mouth-guard last night... and a fan caught it.

Of course, the No-Fun-Police of the NBA fined the restricted free agent to be. How much? $25,000. For more on this story, let's go to Basketball John, via twitter:

I don't think Kanter should have been fined given that the Kings missed the technical free-throw. Should have voided it.

Yes. And $25k is a lot of money, Christmas is coming, so what could Kanter Claus spend that on, instead? He could use it to buy 1 and 85/100ths (almost two) of this Honeywell HWM-330 Console Humidifier from Amazon.com. 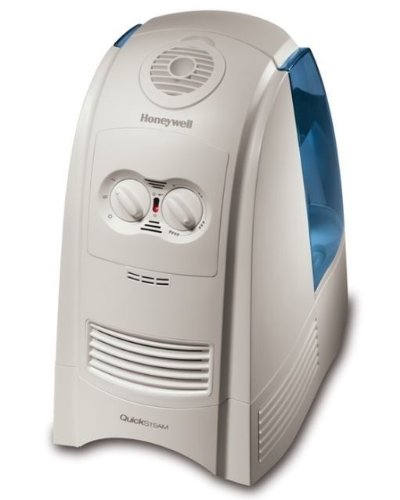 As for Enes getting fed up and getting Techs. I love that. These guys have to be upset about losing all these games. Show some emotion, and fans will love you forever.

Remember that big Alec Burks injury? Well, after seeing four specialists all over the nation it looks like he has elected to have surgery in the off-season; instead of now. Alec missed all of two games (Toronto, and Orlando), and in his first game back he finished with 16 points (11 shots, 6/9 from FT line), 4 rebounds, 3 assists, and 2 steals. I think he's going to probably miss a few more games this year at some point because he is playing through this injury. But Jazzfans were raised on guys playing hurt, like John Stockton, Karl Malone, and others.

Do you think that players should, or should not? Medical science is more advanced in diagnosing injuries as well. And, clearly, the Jazz paid for Burks to fly all over the nation to get checked up by shoulder specialists. They have a lot invested in him as they extended his contract two months ago, and he's going to get paid.

Utah isn't in a playoff push, but I think Burks is so far behind the curve that he needs as much playing time as his body can handle in order to get up to speed. Sadly, this is my opinion for a lot of other players on the team as well.

We held off on writing in full about his injury because a) there was a lot of conflicting info, and b) the decision on what to do ended up being a decision he made with the Jazz staff after seeing specialists. So while the guys at the NY clinic said one thing, and the NY reporter said that, the guys at the Ohio clinic said another thing, and the Ohio reporter say that . . . in the end Burks is going to elect to play through it.

The last time we had a guy do something like that was Mehmet Okur, and in that situation it was a make or break game for playoff seeding vs Phoenix, and then Game one of the playoffs against Denver. Alec? He just wants to play ball. There's no rush now, or urgency. He's just a basketball player.

After seeing how the whole Andrew Bynum thing went out, I'm glad we have drafted guys who want to play.

In another week the NBA world gets a bit crazier as more and more trade talk will heat up, and stay hot until February. Right now the Brooklyn Nets are 8-11, and sitting in 8th place in the East. The Nets are Jazz North East, so I guess we have to talk about them -- also two of the players on their current roster are Top 25 Jazz players. And according to the heavy hitters, they both could be on the move.

Yes, the team with the Billionaire owner and a payroll of $190 million could be looking to move Deron Williams, Brook Lopez, and Joe Johnson. NetsDaily's Tom Lorenzo adds:

Deron Williams still has two years left on his contract, at about $43 million, while Brook Lopez, who is currently out with a lower back strain, still has a $16.7 million player option for next season. Joe Johnson, the team's highest paid player, is due $24.9 million next season.

The team hasn't played all that well under new head coach Lionel Hollins, and they also don't have much flexibility over the next year-plus, as it stands. Any move would likely include taking back salary but, in a perfect world, would free them up to get under the cap in 2016 when Kevin Durant and other big name players are free agents.

Only one real trade in the works for Brooklyn: Once more, Nets-76ers trying to complete an Andrei Kirilenko deal, league sources tell Yahoo.

With luxury tax saved on Kirilenko's $3.1M contract, Nets could spare themselves nearly $12M in a deal.

Yes. So we have this idea of Andrei going to Philly for junk; the idea that Andrei would be good with the Cavs; and the rumor that he could end up back in Utah. There are still so many ways this could go down, and one is that he IS traded to Philly, who waives him, leaving him open for another team (Jazz?) to pick him up.

Personally, I like Andrei. I think he can do some cool things with a basketball. But I don't think Utah is the right fit for him right now. You don't want to spend the last years of your NBA career playing for your next contract on a 5 win team that has no chance of winning this year, and about 4 higher priority people ahead of you who need minutes. (As a SF/PF)

Whatever you do, don't go to the Lakers. I do know the Clippers are interest, but don't go there either.

Not a lot of pure Jazz content in this DB so far, eh? Here's something Moni found while watching the game:

Who won the hair flip? https://t.co/r3Pbx5ggiW RT for @DJJazzyJody Favorite for Quin Snyder

Also, visit Moni's site, what I consider the #1 Utah Jazz blog on the internet: http://jazzfanatical.wordpress.com/ . There's a ton of great content there, and updated way more frequently than the big dog websites. (Some awesome vines too, like Rudy Gobert 's slam and scream (Hoot?)!)

How long is this losing streak going to last?