Unfinished business; what don't we know about the team this season; is your bracket busted?; the real prize in 2017; and crazy Twitter fights.

Share All sharing options for: The Downbeat #1307 - The "This would be creepy if it wasn't men's sports" Edition

There are thirteen games left for the Utah Jazz this season. I don't know how to feel. I'm spending more and more of my "basketball time" looking at college players and trying to get to know as much about them as I can. After a while you have to actually stop looking at their GF's instagram pictures and watch scouting videos though. The draft is my favorite night of the year, and I'm excited to see the whole process again -- with how things go with the Jazz at the combine to what happens at the lotto, to what happens on draft night. I love it.

But as much as I love it I know I love the Utah Jazz more. The Draft is just one part of the season for the team that brings me so much joy. I've been draft crazy once I recognized that we're not going to sign a star in their prime to come over here to play. We really do need a star so that our team can start the climb up back to contender status. This draft may have a star in it for us.

Though, I feel like there's unfinished business with this season still. We still have a lot of unknowns. The biggest is if there is a star on this roster. The likely candidates are Derrick Favors, Gordon Hayward, Trey Burke, and possible Enes Kanter, and Alec Burks. They've all had big games for the team this season. And they've all also had bad games. Their collective temperament seems to put them on track to be beta dogs, and not alpha dogs. I want to be wrong there.

They have take over ability as well. We've seen Burke, Burks, and Hayward all go for 30 or more points this season (5 times collectively). We've seen Favors, Kanter, Hayward, Marvin Williams, Jeremy Evans, and Burke all get double doubles (54 collectively). And we've seen a lot of losses.

I guess losing is that first step that the Jazz skipped for a few seasons while plugging along with older guys while the team currently had their future replacements watching from the bench. We're not supposed to be skipping steps this year, according to our brain trust. Instead of musing on that I want to ask the readership what answers did we not get this season? (E.G. Can Kanter hit the three in a game at an acceptable rate? Can Jeremy Evans defend small forwards? Ian Clark? Remember him? Can he play point guard? etc)

And do you think we can find answers in these next 13 games?

It's getting kinda draft here. Scott Howard-Cooper of NBA.com (awesome guy in real life, by the way) ranked the rookies by position. You can check it out here. It's an interesting list by someone I respect. Check out his centers list:

I'm sure we all can see what's wrong here, right? There's no Marmaduke here. 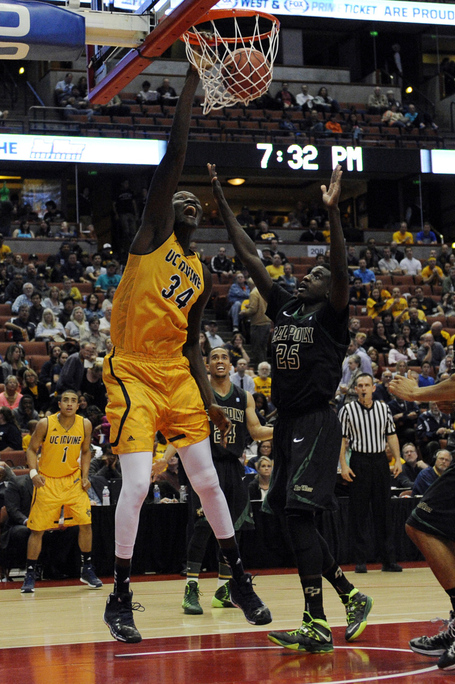 But that's just me being me.

Okay, seriously, I know Mamadou NDiaye isn't that good. But check out Howard-Cooper's lists. They are great!

Have you checked out the SLC Dunk NCAA Bracket pool? It's hilarious so far. At the time of this writing I'm tied for 12th place. I feel like I should be much lower than that. I really don't know anything about college basketball and have never filled out a bracket before. (I swore off of fantasy sports back in med school because they took up too much time.) If you've been following the tournament (I've been watching a bit, but not as much as a lot of other guys and gals have) you've seen a lot of upsets so far.

For me I'm not really interested in how teams do for the sake of rooting interest. I'm more interested in the players who are projected to declare for the NBA Draft. So on that selfish "I'm only interested for the Jazz" level I'm kinda sad to see VCU, Ohio State, New Mexico, Cincinnati, Duke, UMass, and Oklahoma all out so soon.

By now you've probably heard about how poorly Jabari Parker performed. Well, he didn't shoot well (4/14 FG, 0/3 3PT), but he did still manage 14 points, 7 rebounds, and 1 steal in 28 minutes. That's still good. The silver lining that was discussed after this game was that his poor performance may 'hide' him a little bit. While it is true that a strong tournament can elevate a prospect, I don't think that a short performance (not the same as consistently stinking in multiple games) will hurt him much. At this stage every team has been scouting him for at least a few years now. Every GM has his high school tapes for sure. They have more than enough to know how good he is now and how good he could be.

I think the larger issue here isn't that Jabari is hidden and will slide, it's that he may just stay IN college for another year. He would most likely be the #1 next year if he stays. And the people at Duke can really make a guy feel welcome for another two semesters. I read somewhere that there may be a level of "unfinished business".

After the game he told ESPN's Andy Katz that this season was "incomplete."

I would have said something else if I saw a kid do this dance after beating my team.

I wasn't crazy of the Utah Jazz - Golden State Warriors - Denver Nuggets trade last July. Partly because I was misguided into thinking that the big prize for the Jazz was their 1st rounder in 2014. I'm clearly wrong. And Clark has a pretty good reason to help explain how wrong I was.

Is this guy the reason the Jazz insisted on GS's 2017 pick? h/t @JoeMande https://t.co/hX4besSuwC

Anyway, this kid is Thom Maker -- and he's in Grade 10. If you watched a "mix video" of a sophomore girl showing her moves and sweating while undressing her competition you'd all be in trouble with your Bishops. (Or wives, or whatever) Thank God for gender hypocrisy! Well, I'm sure some scouts are more attracted to these videos anyway.

If we can get a kid like this then, obviously, the one year rental of Andris Biedrins is not that bad.

I don't know . . . former Utah Jazz center Olden Polynice is apparently in a twitter fight about who can cook better -- he or formerly popular comedian Sinbad. 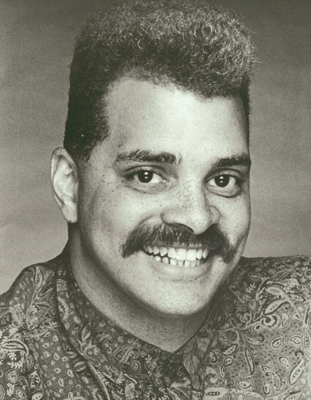 Yup I can cook! Sunday I will be on @FoodNetwork #chopped competing against @sinbadbad 4 $50,000 4 charity. pic.twitter.com/BZWVSAZA3O

@tommycat @sinbadbad @FoodNetwork be thankful that I'm not competing. That $50k would be all mine. Good luck though to you both. #Whew

@OldenPolynice1 you don't want this

What is the craziest twitter fight do you think possible between a "Hollywood" person and a former Jazz player.