Share All sharing options for: The Downbeat #1349 - The "Draft and Rookies" Edition

I guess the big news is finally here, and I had previously been avoiding talking about it until this e-mail came though. But, yeah, SLC Dunk will once again be giving Utah Jazz fans the best look at the NBA Draft out of all the Jazz sites out there, starting up once again with a trip to the NBA Draft Combine next week. You may remember last year Mychal (My_Lo) and I went, and we took pictures, live-tweeted, got all the first hand details, interviewed countless people, uploaded the videos, and of course, found out and broke stories there (big ones were Jerry Sloan returning to Jazz franchise in a serious role, and Jeff Hornacek leaving the Jazz franchise). Some of the other stories we found out were: Dennis Schroeder 's people wanted him to say Milwaukee Bucks and Utah Jazz only because of their PG situation, not because he actually wanted to be parts of these teams; and that BYU's Brandon Davies says "what's up" to Diana. 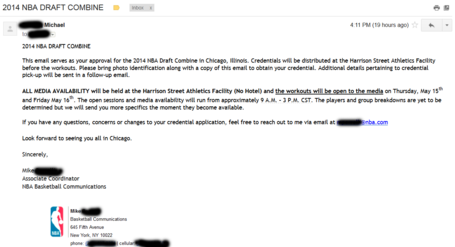 Be sure to write in the comments section below some of the questions you'd want us to ask players this time around!

Happy Mother's day to all the moms out there. Part of that means being at home this weekend. For me that means being back in Canada. One of the crazy things about visiting your parents place if finding all the old artifacts of your life from back when you were a kid. For me this means finding old Jazz stuff. I'm sure we all have things like this, so I'll share a few:

Ancient Karl Malone Statue (not that ancient, as it apparently is from after he retired): 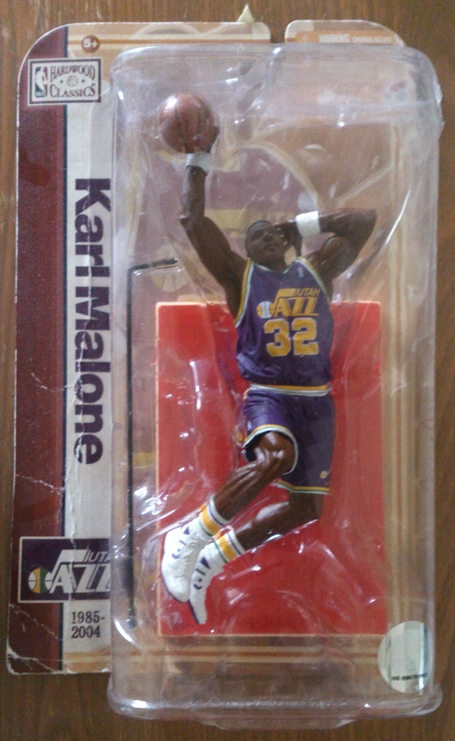 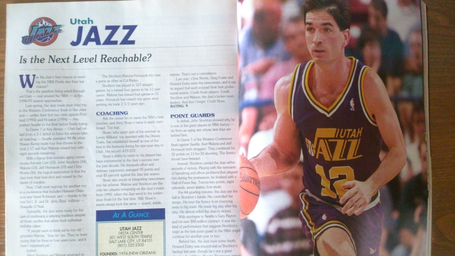 Back from the days where you could get away with printing the wrong info, because it's the Jazz. (FYI, Karl Malone was L. Tech '85, not LSU '86) 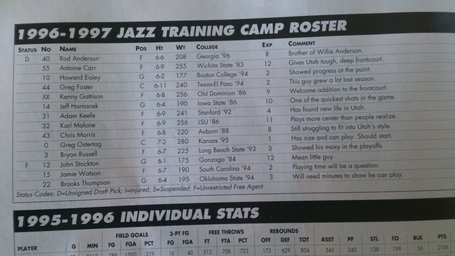 The oldest bball mag (not an SI or something) that I have is the season preview for 89-90. My first born kid will have to do a lot to displace that dog-eared publication from the most precious part of my heart.

So, moving on from fun stuff to serious stuff -- Rudy Gobert is big news in his hometown -- he got a full part of the sports section dedicated to him!

Yeah! Of course, this assumes that the American Dream involves playing 16 more minutes than Brandon Rush did last year. Gobert's 434 total minutes placed him at #32 out of all the 2013-2014 Rookies, and his 9.6 mpg puts him at #42 -- but his on-court production had him tied for #8th in total blocks at 41. I really hope that our next head coach isn't afraid of big guys who can block shots, get defensive rebounds, and read Albert Camus in the original French.

For the record the rookie bigs who played more minutes than him this year were:

Is Rudy going to be one of the best bigs of his draft / rookie class? His rebounds and blocks are already out of this world.

Speaking of Blocks . . . did you know that the Jazz team went -28.9% down in total blocks from last year to this past year? I guess that's what happens when you play three small forwards in a slowed down "we're not doing trendy things" style of play. That better change next year.

I guess this is pretty draft / rookie oriented. So here's a two part rookie roundtable with Trey Burke, Rudy Gobert, and Ian Clark . . . so enjoy!