Share All sharing options for: The Downbeat #1345 - The "No Clever Title" Edition

The playoffs continue on, and last night two road teams won Game 1 of the second round: the Los Angeles Clippers, and the Washington Wizards. There are two major things about that playoffs that our Utah Jazz front office should be looking at. First if we are in the playoffs, we can use it as a better tool for evaluation to see flaws, and so forth. If we're not in the playoffs, like this season, we need to beef up on what the teams that do well in them are actually doing. What I see, at first blush, is that the teams who are IN the playoffs actually are led by stars. For the most part that's the case in the competitive Western Conference. In the quality poor East you can get to the playoffs behind lesser talent. The second thing we've noticed is that so far good offense beats good defense. When you combine the star power with offensive firepower you get some of the teams who are still winning games right now.

Of course, those two things will take you only as far as the second round. To go father you need health, defense, and good role players.

Our Jazz team aren't at that last tier, that contender status that has to have a complete team. Our team isn't quite at the level where the 2nd round is a reality. Our Jazz team is a few steps behind. That said, out of all the things our team has, and all the things playoff teams have, where is the congruence?

Effectively, being out of the playoffs helps the team take a good long look at itself and figure out what needs to be done. Chugging along and making the playoffs because 4 teams tank down the stretch obfuscates the facts of reality. As Randy Rigby said, 'don't skip steps.' And step one to winning the title is to make the playoffs. And we're a far way from there right now. Thankfully.

Where does Derrick Favors ' 2013-2014 performance rank in Utah Jazz history? Per game D-Fav averaged 13+ ppg, 8+ rpg, 1+ apg, 1+ spg, and 1.5+ bpg. That's a little of everything, and a lot of rebounds. It's a feat that was only previously equaled by Andrei Kirilenko (twice), Karl Malone once ('94), and Rich Kelley once ('79). Sure, he didn't have the double double of Malone, or the crazy scoring. He didn't get the assists, blocks, and steals of AK. And let's be real, he didn't get the mpg that Kelley got back in '79. We've talked a lot about minutes over the last few seasons. Minutes means production. And production means getting a higher regard by the refs and decision makers in the league. And that leads to calls. And that leads to wins. And that leads you to playoff wins. 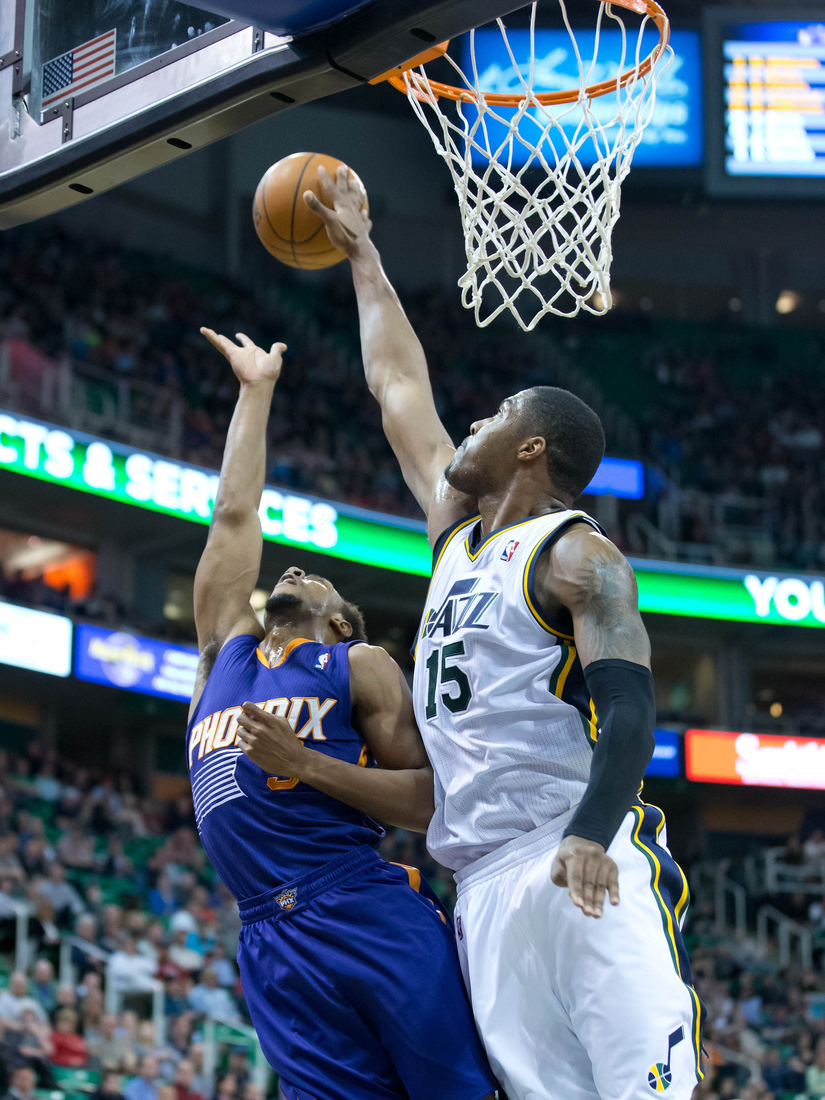 Unless Favors' plantar fasciitis is a larger risk than the team has let on, I really hope that he plays more than 30.2 mpg next season. Because at this rate our impression of him will be over-inflated compared to his actual on court production.

People that are having more fun than me:

Rudy Gobert, back in his homeland, France. Of course, Paris isn't his home, it's Saint-Quentin. And because you wanted to see how far that is: 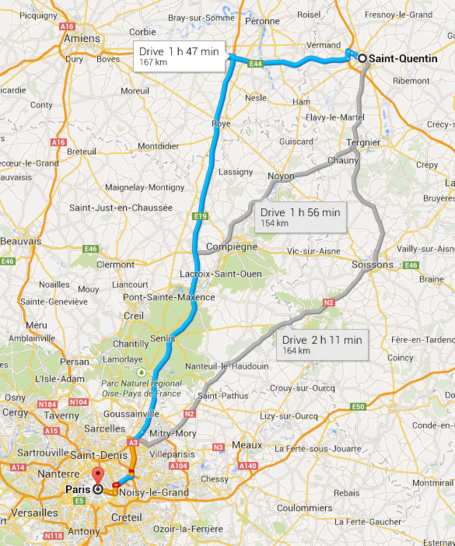 We are now 2 weeks away from the NBA Draft lotto. Who should the Jazz send to New York for good luck?