Share All sharing options for: The Ballmer's Folly Edition - The Downbeat - #1372

Business Insider recently took a look at how much teams might be worth if raised by the same multiple as the Clippers' sale price, vs. each team's most recent valuation...what New Yorker writer Ben Freeman hilariously calls "adjusted for Ballmer's Folly (H/T @mac_jazz): 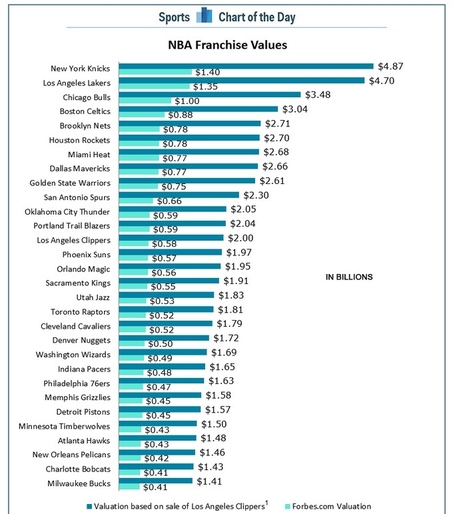 When you are a bad team, you sell shirts with this slogan on them pic.twitter.com/LyOUWZhpLE

Question from the draft workout: Would Marcus Smart have been drafted ahead of Trey Burke in last year’s draft? Walt Perrin: Probably yes. Discuss.

Who are you rooting for in the Finals? How many games will it go?